From the Pyrenees to Sierra Nevada. From the wild flower meadows in Andalusia to the coastal viewpoints of Mallorca and Menorca. From alternative Celtic routes in Galicia to... 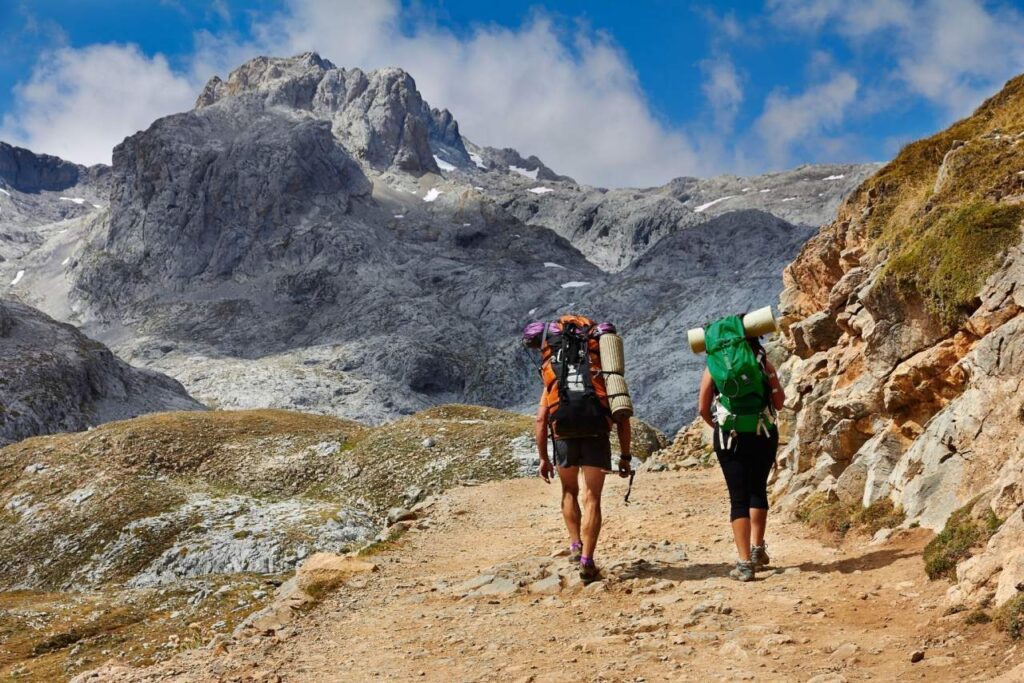 From the Pyrenees to Sierra Nevada.

From the wild flower

in Andalusia to the coastal viewpoints of Mallorca and Menorca.

From the alternative Celtic routes in Galicia to the forgotten mountains in the Basque Country.

All these hills, mountains,

have a careful network of trails,

or simple pensions in small towns that contribute to making Spain the dream of thousands of hikers from all over the world.

All these proposals fit in a guide, that of

The best excursions in Spain.

whose objective is to help us discover and enjoy the nature of our country.

the second most mountainous in Europe for

Next, we go through some of these unique landscapes that we have a stone's throw away.

between Spain and France

is the main hiking destination in Spain.

The mountain range is of a sweetened beauty in the lower slopes and rugged and inhospitable in higher areas.

The Pyrenees are home to two outstanding national parks:

The amazing and accessible

, with their unmistakable escarpments (also popular rock climbing destinations) preside over the first national park in Spain, the Picos de Europa, which extends through

This is one of the best hiking areas in the country.

Elsewhere in the north, a network of trails wind up and down cliffs and link timeless inland villages.

In summer, when half of Spain is roasting and

can be more an act of resistance than enjoyment, Galicia comes to the rescue of this practice.

, the northwest corner of the country is a cocktail of tortuous coastline, old stone towns and hills upon hills.

Throughout its surface hiking is wonderful.

The central region of the country offers much more than

The Sistema Central, a spine of rugged, rocky mountains rising more than 2,200 meters from the plateau, provides an oasis of enchanting

The people of Madrid are common on these mountain tracks, something that foreign hikers tend to overlook.

The South surprises with its contrasts.

Here the walker can travel between the white villages

of the Alpujarras valleys

and the Cazorla and Grazalema mountains, climb snow-capped peaks and bathe in the exceptional Mediterranean beaches, some of which are unexpectedly wild.

This variety makes Andalusia a fabulous

Panoramic view of the town of Cazorla.ANDALUCIA.ORG

While the Spanish Mediterranean coastline is perhaps best known for its sprawling resorts, there is wildlife beyond.

Its trails span cliffside routes to

These warm, parched coastal trails are a great fall-to-spring

, while the mountainous interior is cooler and better from spring-to-fall.

These islands welcome visitors with a wide

pine and oak forests, vestiges of past cultures and

Although some paths in Mallorca and Menorca are well-trodden, there are also paths to enjoy solitude.

Menorca is characterized by its coves with crystal clear waters. SHUTTERSTOCK

Although there are many paths that lead to Santiago de Compostela, the most popular is

path , which stretches 770 kilometers through the north of the peninsula from the Pyrenees.

Its list of assets is impressive, as it is not only the first Cultural Route of the Council of Europe and the centerpiece of the Camino, declared

a World Heritage Site by Unesco

, but, for believers, it is a pilgrimage equivalent to visiting Jerusalem.

NewsCruises are back: what it will be like to travel on the high seas this season

InaugurationFitur 2022: the best showcase in the world to travel again... starting with Spain