Presidential election in Iraq: political divisions reflect the "global fracture of the country"

According to Adel Bakawan, director of the French Center for Research on Iraq (Cfri), the postponement of the presidential election, scheduled for Monday, risks plunging the country into an impasse which "could last in the… 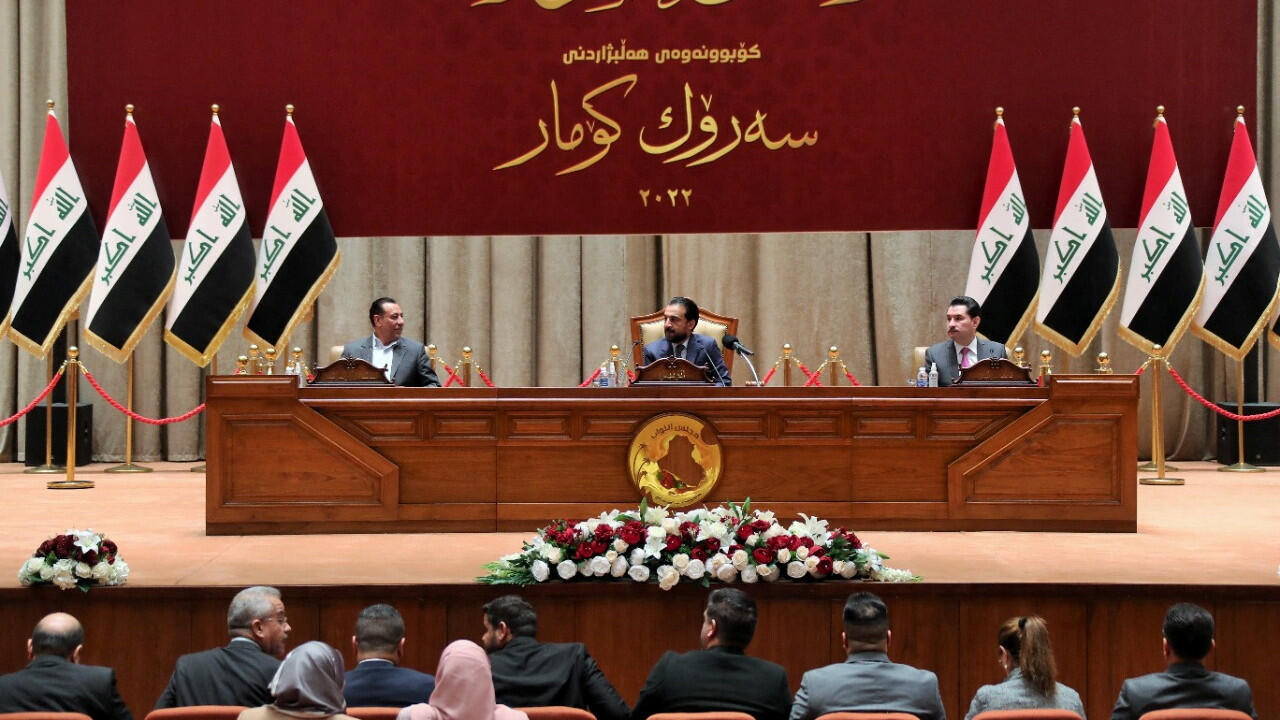 Unsurprisingly, because of the political dissensions that are paralyzing power in Iraq, the election of the President of the Republic by Parliament, scheduled for Monday February 7, has been postponed indefinitely.

Four months after the legislative elections of October 10, the political class, although accustomed to behind-the-scenes negotiations for the sharing of power, has still not succeeded in forming a majority parliamentary coalition, which two opposing Shiite camps claim.

On the one hand, we find the Shiite nationalist leader Moqtada al-Sadr, big winner of the legislative elections with 73 seats won out of 329, and his allies Massoud Barzani, the president of the Democratic Party of Kurdistan (KDP), and the leader of Parliament Mohamed al-Halboussi.

On the other side, there is the camp made up of pro-Iranian Shiite forces and personalities including former Prime Minister Nouri al-Maliki and Hadi Al-Ameri, leader of the Al-Fatah alliance, but also of the Patriotic Union of Kurdistan (PUK), founded by former President Jalal Talabani.

In post-Saddam Hussein Iraq, power is shared informally between the country's different communities, in a confessional system identical to that in force in Lebanon.

The presidency thus goes to a Kurd, the post of Prime Minister to a Shiite - the majority confession in Iraq -, and the presidency of Parliament to the Sunni community.

According to Adel Bakawan, director of the French Center for Research on Iraq (Cfri) and author of "Iraq, a century of bankruptcy, from 1921 to the present day" (ed. Tallandier), without consensus between the two camps which are vying for power, the country will not be able to get out of the impasse.

France 24: How do you analyze the postponement of the election of the President of the Republic by Iraqi MPs

Even if announced, this pure and simple transgression of the Iraqi Constitution is unprecedented.

Without a president, Iraq is deprived of a government since the fundamental law requires that once the President of the National Assembly has been elected, after the legislative elections, the deputies have only one month to elect the President of the Republic, the -the very same which will then have to appoint its Prime Minister within 15 days.

This postponement sine die keeps Iraq in a dead end because the whole organization of political life is disrupted.

No perspective or hope for a way out of the crisis is possible today as long as there are two radically opposed camps facing each other.

It is a dead end because neither of these two camps can, under current conditions, bring together 220 deputies, ie a two-thirds majority necessary to elect a president.

Division seems to reign at all levels in the political class, including within the Kurdish community.

How do you explain it?

The search for a consensus on the post of president, which must traditionally, in accordance with the denominational political system of the country, come from the Kurdish community, is however much less complicated than the appointment of a Shiite Prime Minister.

The Kurds themselves are unable to appoint a single candidate for the post of president, which is to say if the fracture is global in the country.

Since 2005, another tradition, the Iraqi president designate has always been a member of the PUK.

Only, thanks to his new alliance with Moqtada al-Sadr and Mohamed al-Halboussi, Massoud Barzani mobilized all his capacities to recover the presidency.

It is in this sense that he presented his own candidate, namely his uncle, the former Minister of Finance Hoshyar Zebari.

Member of the political office and heavyweight PDK, he had been dismissed in 2016 by the National Assembly following suspicions of corruption, except that he was never condemned by justice, even if this one has just suspended his candidacy.

Opposite him is outgoing President Barham Saleh, a member and leading executive of the PUK.

Close to the Talabani family, he is a neo-liberal and a pragmatist supported by the European Union.

Neither the United States, nor Iran, nor the Gulf countries, or Turkey are opposed to his candidacy.

Except that he is not supported by Moqtada al-Sadr in the name of his alliance with Massoud Barzani.

Who benefits from the current crisis?

Who takes pleasure in the impasse?

Without consensus, which remains the only option to get out of the crisis, the deadlock could last in the best of scenarios for several weeks, even months, or even years.

There is a risk that the conflictuality and the balance of power will intensify and that in the long term, we will witness the explosion of an armed conflict since almost all the Shiite political actors have militia organizations.

This blocking situation favors the actors of the corruption system and the militias who strengthen their influence and deploy their actions within society by taking advantage of the weakening of the State to impose themselves on the ground.

Not to mention the interference of neighboring countries, such as Iran and Turkey in Iraqi affairs, which are facilitated by the lack of a strong power in Baghdad.

But there is also the risk embodied by the Islamic State organization which proliferates in a climate of disorder and political instability.

The current situation is very similar to the one that existed in 2014, when it took several months to form a government when Nouri al-Maliki did not want to give up his post as Prime Minister.

The insecurity and unfavorable conditions that prevailed at the time had then benefited the territorial expansion of Daesh jihadists.