CAN 2022: Mohamed Salah-Sadio Mané, from English duo to African duel

Prolific teammates in Liverpool in the English league, the Egyptian Mohamed Salah and the Senegalese Sadio Mané meet in the final of the CAN 2022 this Sunday, February 6, 2022. High point… 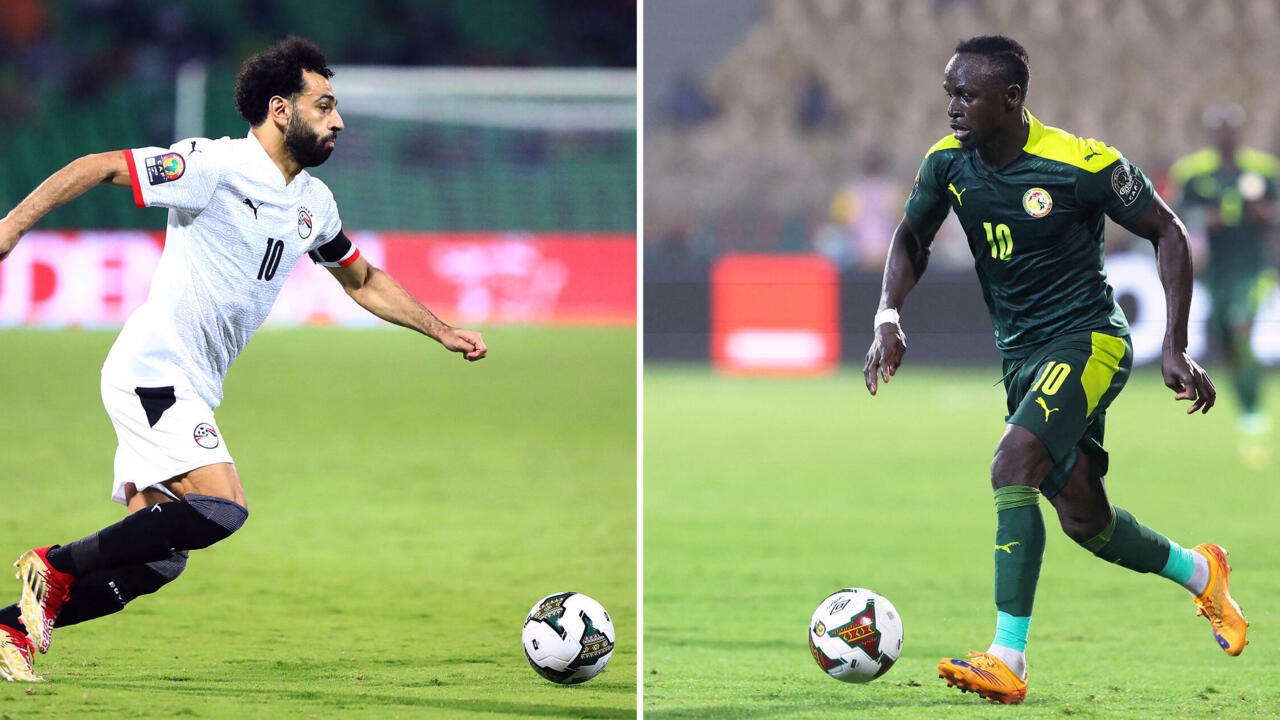 CAN 2022: Mohamed Salah-Sadio Mané, from English duo to African duel

Prolific teammates in Liverpool in the English championship, the Egyptian Mohamed Salah and the Senegalese Sadio Mané find themselves in the final of the CAN 2022 this Sunday, February 6, 2022. The culmination of a rivalry on the continent for a few years.

From our special correspondent in Yaoundé,

On September 5, 2014 in Dakar, Sadio Mané and Mohamed Salah met for the first time on the lawn of the Léopold Sédar Senghor stadium during the CAN 2015 qualifiers. Senegal, with a Mané freshly arrived in Southampton, beat Egypt (2 -0) of Mo Salah who was starting his second season at Chelsea.

Very clever who could predict that the Senegalese and the Egyptian would find themselves, more than 6 years later in the final of the 33rd CAN, as enlightened guides of their selection to win the trophy, perhaps appropriating the title of the best player in the world. tournament and certainly that of the African Player of the Year.

Fries on the line

From Dakar to Yaoundé, Mo Salah and Sadio Mané followed various paths to finish at the top level, in Liverpool where they wrote their legend.

Salah, the left-hander, on the right, Mané, the right-hander, on the left, insatiable scorers, defense blasters in England and Europe since their association in 2017. A duo with 255 goals to date.

Probably never had a tandem carried a club so high and so long.

But the association of benefactors has often had squeaks down the line, less because of a Premier League top-scorer race than a rivalry on the continent.

The race for the Ballon d'Or title and especially for the African Player of the Year title sometimes made the connection between the Egyptian and the Senegalese sizzle before their mentor Jürgen Klopp restored the network between the two friends.

CAN 2022: Aliou Cissé, a third appointment with history not to be missed

Today, the German coach of Liverpool carefully follows his foals to compete thousands of kilometers from the Mersey in a final that he intends to "

It's really very impressive to see.

(…) It's obviously difficult to go that far in a tournament, they are superstars, so the pressure they had on their shoulders was enormous.

I'm really proud of how they handled the situation, to be honest

The Olembé stadium will thus serve as a great stage between the two best African players of the moment who dream of putting their selection on the roof of Africa. Both know the bitterness of a defeat in the CAN final; 2017 against Cameroon (1-2) for the Pharaoh, 2019 against Algeria (0-1) for the Lion. Sunday therefore, no question of making a gift between the two Reds. "

," said Mohamed Salah at a press conference. The Egyptian also said that he had heard from Mané after the match against Morocco to know his condition after the shock against the Cape Verdean goalkeeper in the round of 16.

On Sunday, Egypt and Senegal will expect a lot from their number 10. Since the start of the tournament, the influence of Sadio Mané, involved in more than half of Senegal's goals (9), has been more visible on the Lions. The native of Bambali (southern Senegal) pulled a nice thorn out of his team's foot by scoring the winning goal against Zimbabwe (1-0) from the penalty spot at the last minute. He then put the Lions on track in the round of 16 by

unblocking the situation against Cape Verde (2-0)

, just like in the quarter with his decisive pass for Famara Diédhiou's opener

. What about the semi-final against Burkina where he sealed the score (3-1) after offering an assist to Gana Guèye. ? "

He (Mané) arrived with great motivation,

To read also: CAN 2022: the Pharaohs want to win the final and Egyptian hearts

Mohamed Salah, he was more irregular in the competition, but when he woke up, he hurt.

with a goal and an assist.

It seems clear that the winner of this CAN 2022 will score points which could become decisive in the race for the title of African Player of the Year and the Golden Ball, other theaters of confrontation for the two geniuses.

It's a final between two behemoths of the continent on Sunday in Yaoundé and for those who won't have enough, the two meet again in March for the play-offs for the qualification for the 2022 World Cup. place in act I.