She is greeted by a coarse-looking giant with colossal strength, intimidating pupils, and a terrifying appearance. For something this oil on canvas, attributed to the Italian Vicente... 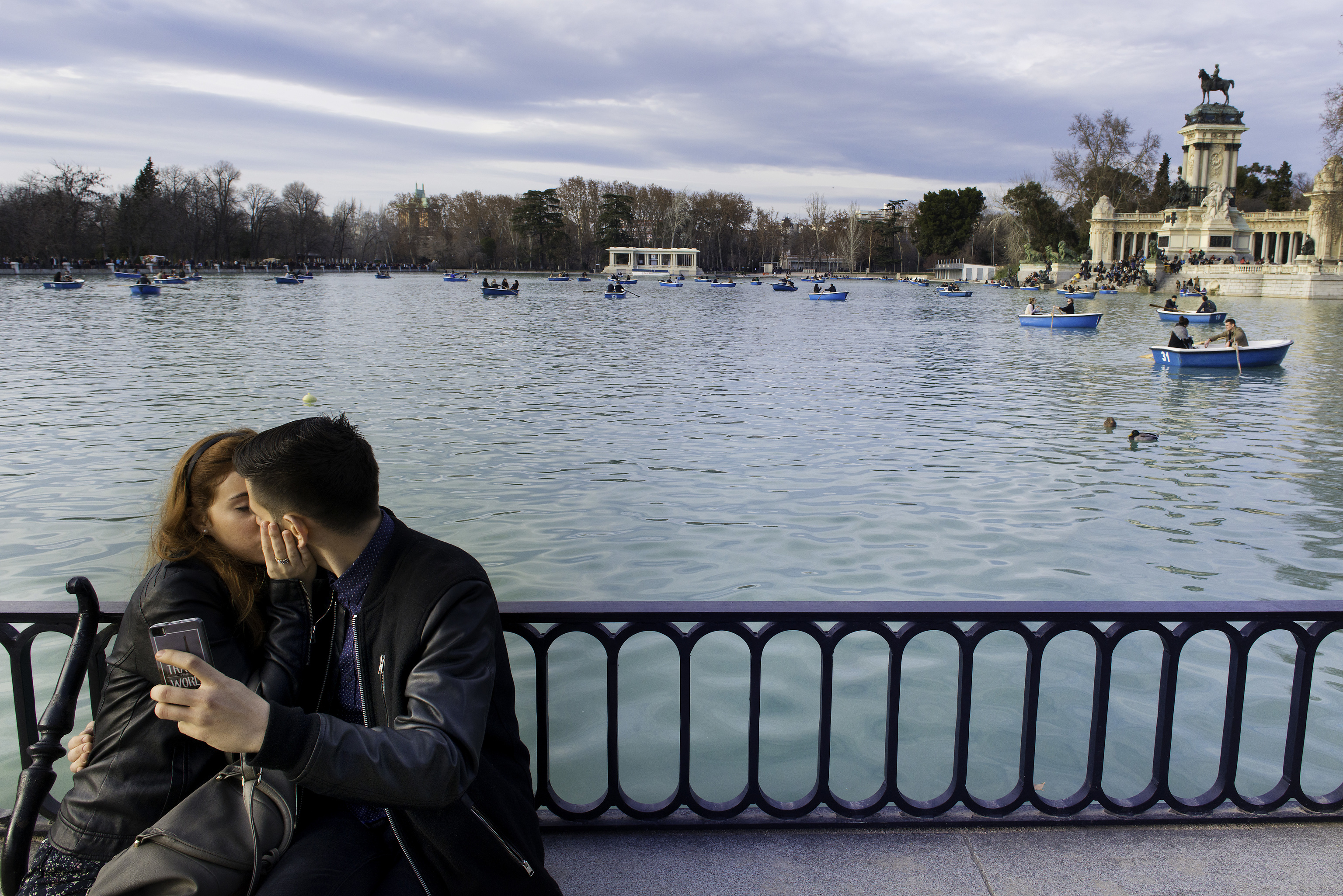 She is greeted by a coarse-looking giant with colossal strength, intimidating pupils, and a terrifying appearance.

For something this oil on canvas, attributed to the Italian

and with nearly 400 years behind him, is called

Well, located on the main staircase of

it is the first of the

, whether through landscapes, characters (aristocratic and from the street ) or even mythological monsters like the one just mentioned.

Not in vain, it decorated the

Staircase of the Jesters

before scrutinizing visitors to the Prado as soon as they set foot in the most important museum in the country.

And one of the 10 best valued in the world, according to publications such as

A couple sitting in front of the El Retiro pond.C.

The route jumps from Carducho to

gardens or princes on horseback

That yes, although the itinerary takes place

of the center, the idea is to go beyond them and approach the places that the pieces represent or for which they were painted through a route through the community.

"This pictorial itinerary that links

history, art and landscape is

a surprising journey from the universal to what is closest to our beloved Madrid," says the Minister of Culture, Tourism and Sports, Marta Rivera de la Cruz.

'View of the Escorial monastery', painting by Michel-Ange Houasse.

present in the art gallery.

"9,399 to be exact, although only 1,290 are exposed," says Arantza Urbina, head of the project and deputy general director of Development and Sustainability of the General Directorate of Tourism.

is positioning itself as

the largest cultural destination in the world

and within this framework we began to develop the idea of ​​creating a cultural and tourist route like this one".

Not even spatial, since it covers four floors (from -1 to 2).

The idea is that everyone, with the route in hand or on their mobile -it is available both physically in the museum and on the Community website- discover the

And then move to the related scenarios.

"They function as a gateway to

To do this, the guide includes a map of those currently open to visitors (15 in total).

Courtyard of the Palace of AranjuezSHUTTERSTOCK

Among these, those included in the Landscape of Light stand out -the last of the five UNESCO World Heritage Sites in Madrid-

as the Retiro Park, the Botanical Garden,

or the museum itself.

This quota includes paintings such as

Felipe IV, on horseback, The Botanical Garden from the Paseo del Prado

or María Isabel de Braganza as founder of the Prado Museum.

Room dedicated to Goya in the Prado Museum.M.

The Royal Palace, for its part, appears both in the form of sculpture (

's works on the

There are also references to its predecessor, the Real Alcázar, on which it was built.

To begin with, the first destination of

office of the king

for her , in which the peak of Maliciosa can be seen in the background.

Interior of the Madrid Botanical Garden.

We jump to another palace, that of

by Goya, the corresponding tapestry would be made for the dining room of the

The same process was followed with

conceived for the bedrooms.

The route continues with

The Immaculate Conception of Aranjuez

View of the Escorial monastery,

'The Botanical Garden from the Prado Museum', by Luis Paret y Alcázar.

There are also lesser-known destinations such as the

The Countess of Chinchón ended up.

"It's one of the ones I like the most because it speaks indirectly of the place. In addition, it conveys

a sweetness and beauty

that are unusual in his portraits," concludes Urbina.

InaugurationFitur 2022: the best showcase in the world to travel again... starting with Spain

ArtePicasso, Zóbel and Parreno star in the Prado Museum's commitment to contemporary art