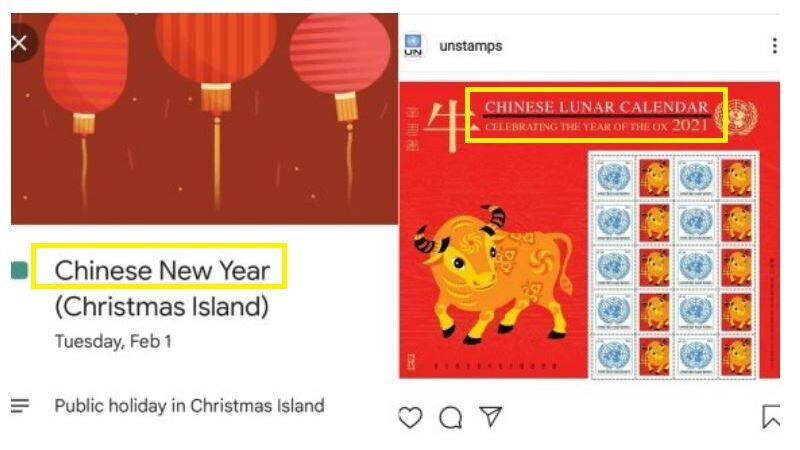 "I would like to share with you a campaign to change the English notation of the upcoming 'New Year' to 'Lunar New Year.

' It was announced today (28th) that it will start a campaign to change from New Year) to 'Lunar New Year'.

Professor Seo said that the Lunar New Year is marked as 'Chinese New Year' in various places such as Google Calendar through his Instagram, and this was reported by Koreans living abroad recently ahead of the Lunar New Year holiday.

Professor Seo said, "It is true that large events have been held on New Year's Day in Chinatowns in major cities in the western world, and it has been introduced as a scene in the news and recognized as 'Chinese New Year'." I explained the background marked with ' (Chinese New Year).

He also encouraged participation in the campaign, saying, "However, I think it is right to change it to 'Lunar New Year' because the Lunar New Year is not just a Chinese holiday, but is celebrated by various Asian countries such as Korea, Vietnam, and the Philippines."

Meanwhile, the English-speaking countries of the West are also showing signs of change.

In the same way, the official website has posted New Year's greetings for each country.

Netizens who heard the news of the campaign responded, "I didn't know that the Lunar New Year was written like this in English, thank you for the good information" "I live abroad, and when people around me say Chinese new year, I'm always saying Lunar new year", etc. .