Activists on social media in Indonesia circulated a video clip of a horrific accident caused by a truck, killing 5 people and injuring more than 22. 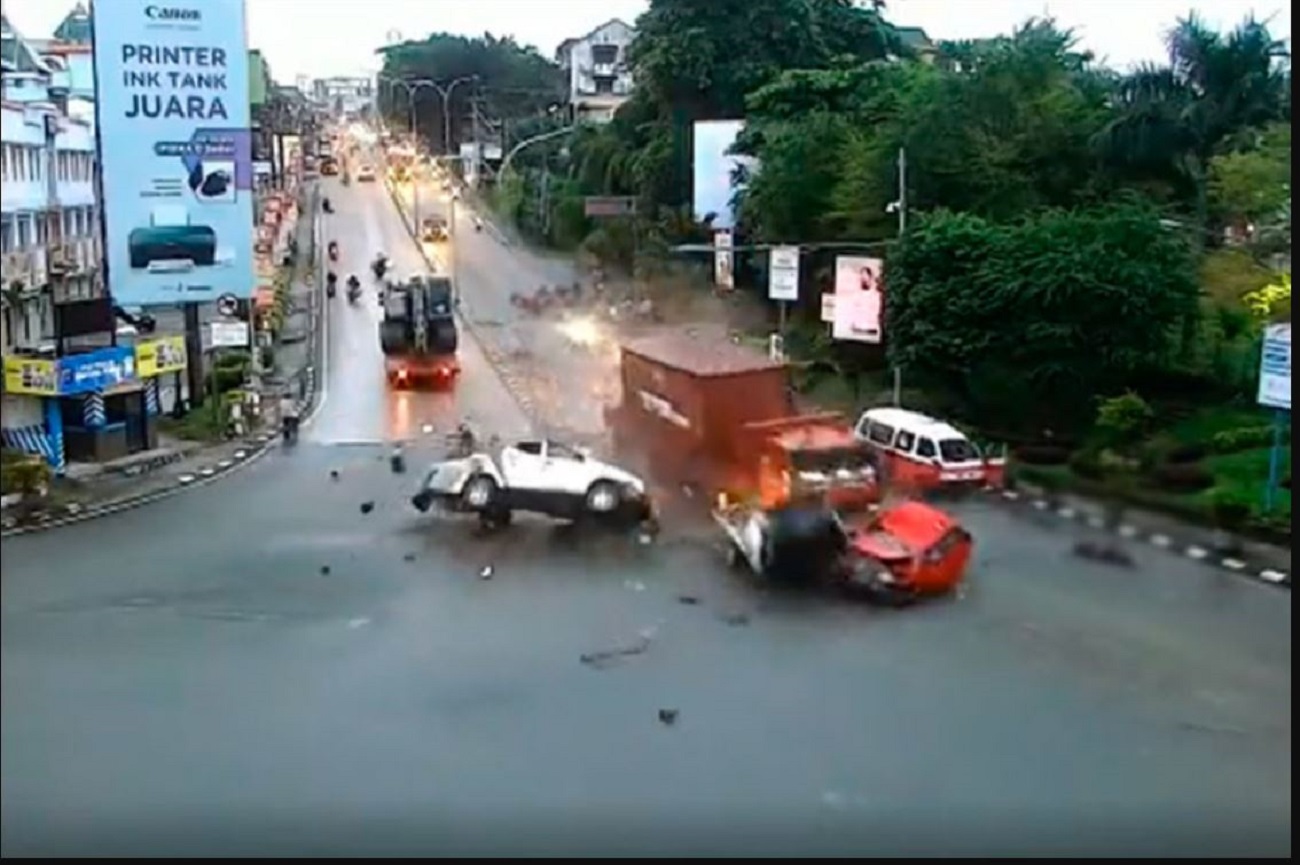 Activists circulated on the social networking sites in Indonesia a video clip of a terrible accident, caused by a truck, which killed 5 people and injured more than 22.

The video clip documents the moment a large truck driver lost control of his truck, causing him to enter a large number of cars parked at a traffic light, and the truck swept away all the cars in its path.

According to the local police, 5 people were killed and 22 others were injured.