Nothing would have been more Spanish than a Eurodrama in the first semifinal of the Benidorm Fest. And for a long time his shadow flew over the local sports palace... 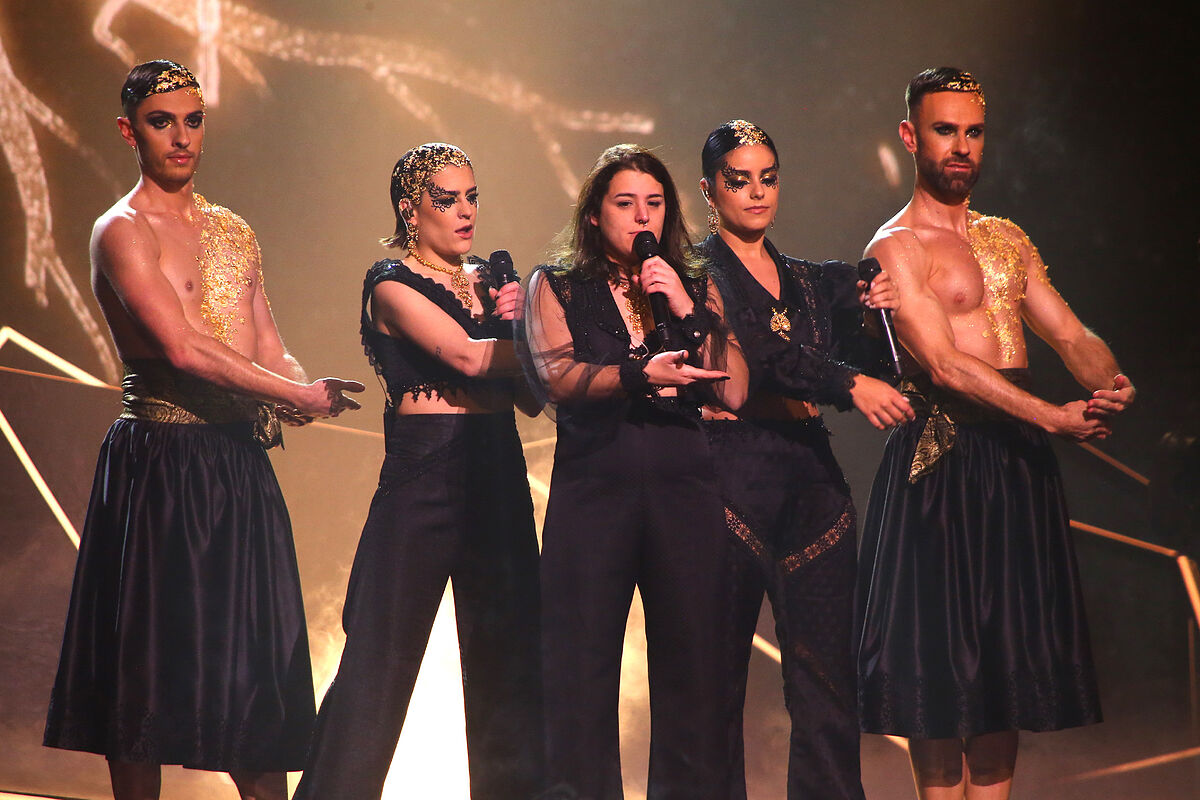 Nothing would have been more Spanish than a Eurodrama in the first semifinal of the Benidorm Fest.

And for a long time his shadow hovered over the local sports palace when the jury's votes left Tanxugueiras, the great favorites of the night, out of Saturday's final.

The public had to come, first in the form of boos and then votes, to save the candidacy of the Galician women.

their song in Galician, did not deserve a place among the first four finalists. Only the white handkerchiefs from the public were missing when the result was known so that this would be a soccer match instead of a musical gala. The boos were there. So much so that even Màxim Huerta had to intervene to ask for calm.

This was arriving as the points of the public went up to the Tanxugueiras scoreboard that, finally, with 93 points, they were placed in second position. Ahead, the big surprise of the night appeared: Chanel and the 110 points for

. Absolute surprise of a song, in principle a candidate to suffer to enter the final. The Eleni Foureira effect seems to pull a lot in Spain.

and Varry Brava with

(74 points). That prevents Azúcar Moreno from being the first to represent Spain twice in Eurovision. Toñi and Encarna Salazar will have to continue sharing a presence, they have no other choice. And they won't be Unique either, last classified after not convincing with a performance that also brought some fireworks that tried to point out a bit of diversity with a kiss between two men. In 2022.

Diversity was precisely what there was in a gala that already with its first performance raised an audience eager to recover the Benidorm Fest, 15 years after its last edition.

It was Varry Brava with his tribute to Raffaella Carrá pop version who got it.

How not to do it with those well-recharged red suits with feathers and sequins.

with a good tube skirt to the floor in the case of Toñi and a pantsuit mixed with a tail for Encarna.

did not end up convincing the voters, they put him whole at the service of the public.

And from the flamenco rhythm he passed to the impressive voice of Blanca Paloma, not exempt from that Andalusian touch either, which silenced all those present with a set design typical of the Lorca universe.

If anyone wants a soundtrack for one more film version of