Singer-turned-actress Son Dam-bi and national speed skating coach Lee Gyu-hyuk are getting married. On the 25th, Son Dam-bi posted a handwritten letter on his SNS to announce the wedding news. 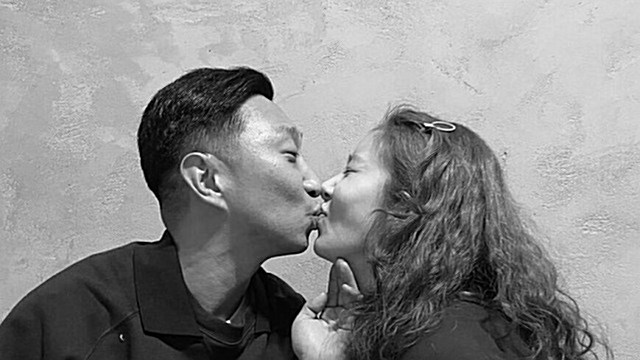 On the 25th, Son Dam-bi posted a handwritten letter on his SNS to announce the wedding news.

He continued, "I am so grateful to our fans who have always supported me with a constant heart since my debut. I am so happy these days with the support of the people I love. .

On this day, director Lee Gyu-hyuk also announced the marriage news through his agency IHQ. The agency said, "Director Lee Gyu-hyuk is preparing to marry Son Dam-bi. On May 13 (Fri), the wedding will be held privately with close relatives and acquaintances in the aftermath of Corona 19," he said.

Director Lee Kyu-hyuk said, "I have a new start with a wise and caring person. I will show you a good side so that I can repay the love you have given me."

The two admitted that they were dating last December. At the time, Son Dam-bi's agency H& Entertainment and Lee Kyu-hyuk's agency IHQ both explained, "The two have known each other as friends and have been dating for about three months."

After admitting that they are dating, the two have developed a beautiful love by revealing their happy daily life on social media. After confirming their unchanging trust and affection for each other, the two will be married in May.

Son Dam-bi, born in 1983, debuted in 2007 with the single album 'Cry Eye', and since then has been recognized as a singer by releasing hit songs such as 'Crazy', 'Saturday Night' and 'Queen'. Son Dam-bi, who took on acting in earnest through the 2009 SBS drama 'Dream', was active in 'Light and Shadow', 'What's Wrong With Your Family', 'Mrs. Cop 2', etc., especially in the 2019 KBS drama 'When the Camellia Blooms' He received great love from the public for his role as Hyangmi in He was also active in variety shows such as MBC's 'I Live Alone'.

Born in 1978, Lee Kyu-hyuk is the youngest national team player in speed skating history, and is an ice skating legend who set world records in the 1,000 m in 1997 and 1,500 m in 2001, as well as winning 4 world championships and participating in the Olympics 6 times.

After the 2014 Sochi Winter Olympics, he retired from athletics, and signed an exclusive contract with the IHQ speed skating team in September of last year.

Currently, he is in charge of training for speed skater Seunghoon Lee who will participate in the 2022 Beijing Winter Olympics.