Chanel fashion shows in general and Chanel Haute Couture in particular have always been a show that, for years, has included an impressive set that wears lines and... 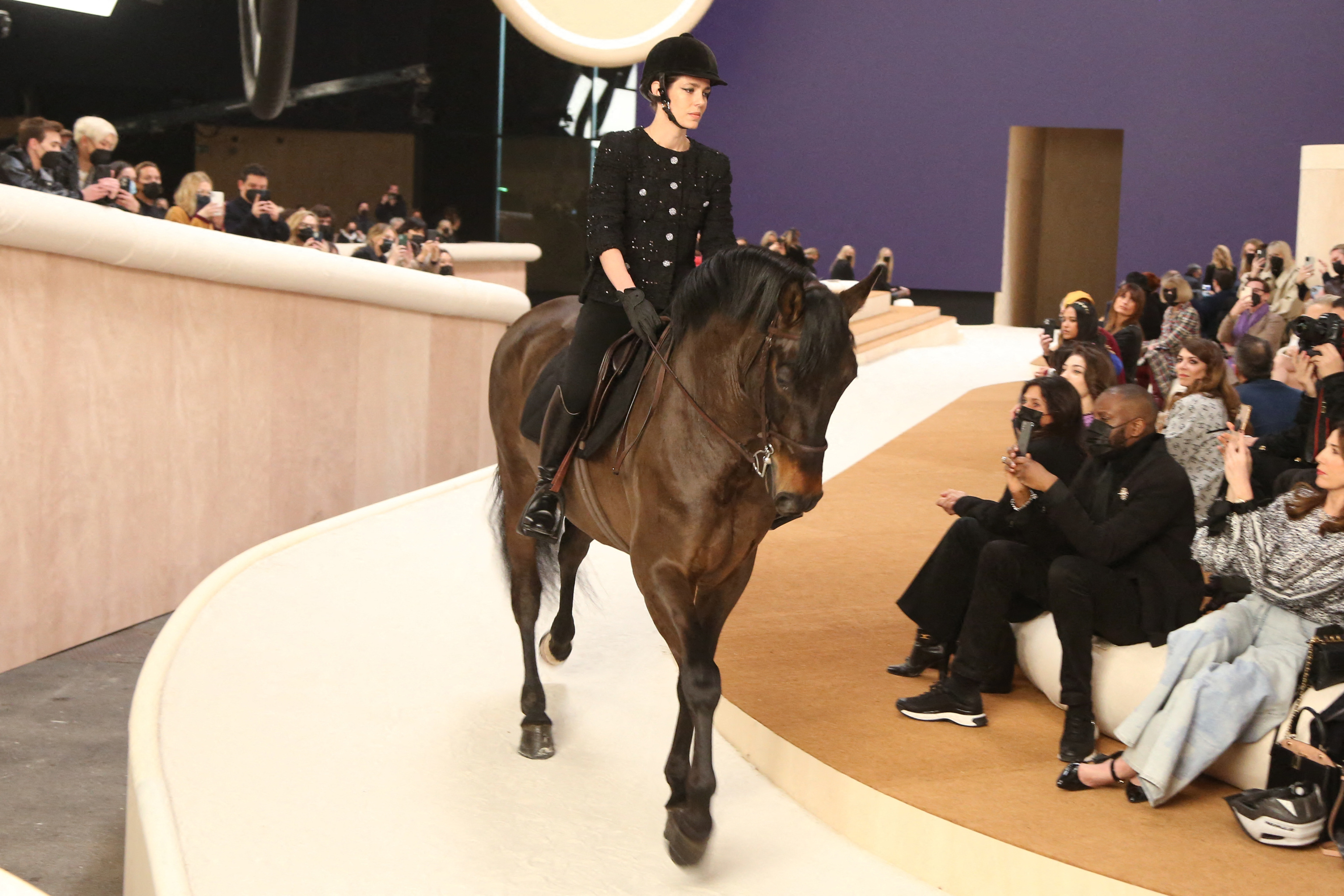 Chanel shows in general and Chanel Haute Couture in particular

have always been a show that, for years, has included an impressive set that has lines and flashes. How to forget the rocket, the brasserie or the supermarket? However, since Virginie Viard took creative control of the house after the death of Karl Lagerfeld, the stages have been taking other paths, just like the house. And on this occasion, the creative director has entrusted it to the contemporary artist

, who has been inspired by equestrian rides to frame

a collection that is more Viard than ever. An inspiration

that has taken the leap to the literal with

There were not a few voices in the industry that spoke of the fact that the Frenchwoman would have to fill out the Kaiser's suit, that she would have to know

how to handle Lagerfeld's legacy

(not even Coco's anymore) and update it.

As is Viard's increasingly clear answer:

that she doesn't have to answer to anyone's creative expectations

and that she can make her own way.

It was very clear in her first Haute Couture collection, and it is reflected again in this Spring-Summer 2022 Haute Couture.

One that, beware, is close to the purity of lines;

this is not a canonical 'minimal', but one passed through the Chanel filter.

What comes out of that sieve are, in the first instance,

suits with slightly wide and straight pants and jackets without lapels;

all in tweed and pastel colors.

An updated version with nods to the trends of the season of what one would expect from the house that changed the history of fashion and that, however, maintains guidelines that are

One of the curiosities of these jacket suits is that

some pants change their pattern

, sticking to the ankle, for example, but so do the tops. Because if Coco liked a rectilinear fit,

Viard has preferred to slightly cinch the waist, creating at certain times (as in that almost black navy blue outfit) a kind of peplum

. If we add to this that Chiuri has done something similar at Dior, who said that the New Look was dead?

this recovery of a classic silhouette could respond to the supremacy of 'loungewear' that has been experienced in recent years;

even as the overwhelming arrival of the Y2K aesthetic

that generates so much controversy.

Against that informality, marked waists and tweed well present.

Opposite the 'casual', the dresses of tulle and transparencies with which the designer has explored other territories.

Away from the path of the canonical look of Chanel,

Viard has deviated in the most nocturnal outfits creating (more or less) unexpected silhouettes for fans of the 'maison'... and the high waist

Thus, we have an empire line dress with embroidered flowers and a hyper-short jacket in black;

another with a hip cut whose skirt gathers and puffs out over the knees, creating a hypnotic game of volumes, or another in which the black and white tulle crowns the

its own interpretation of the low waist

Yes, it can also be traditionally elegant and not just pop.

This cut, in contrast to the aforementioned jackets, has taken over

a good handful of dresses that play with transparent fabrics and overlays to create different lines and cuts on the body, delicate and powerful in equal parts

, such as the blue beaded embroidery and roses from a 'cropped top' that is part of a dress.

There are also concessions to stripes, to asymmetries, to the lingerie allure in a tunic dress reminiscent of a sheet that wraps the body when waking up.

To a map created by a thousand and one aesthetic paths that lead to the same destination: to the new elegance.

To the new Chanel.

ModaByniumaal, the brand you keep seeing on Instagram: "We will break the fast fashion monopoly"