At a time when the first Arab film for the international platform "Netflix", "Friends and Dearest", sparked widespread controversy due to some of the issues it discussed and the scenes that came with it. Around 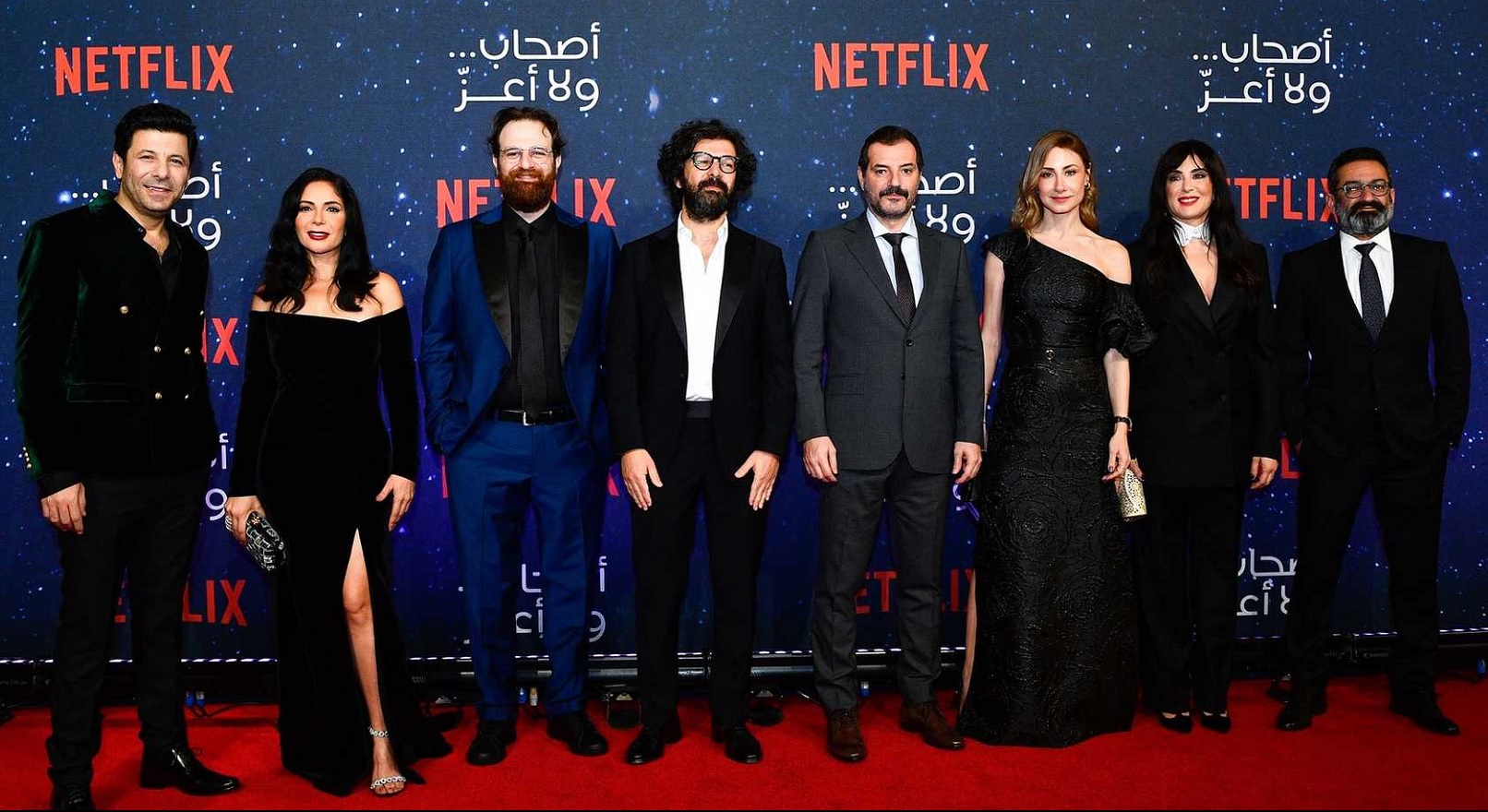 At a time when the first Arab film for the international platform "Netflix", "Friends and Dearest", sparked widespread controversy due to some of the issues it discussed and the scenes that came with it. About the limits of criticism.

Lebanese actor Fouad Yammine plays a gay character, but he hides the matter from his friends.

While the Egyptian actress got the lion's share of the attack because of one of her scenes, and harsh criticism, especially since the audience knew her to stay away from bold roles.

In her interview with Al-Hurra, the art critic, Ola Al-Shafei, described what is happening as “the war on actress Mona Zaki and producer Mohamed Hefzy,” after “evaluating the work ethically, although the film is not Egyptian and was not filmed in Egypt and did not obtain approvals.” from here".

The art critic, Ola Al-Shafei, denounced the accusations against Zaki, saying, "If the scene in which she performs by suggesting that she took off her underwear, which led to an uproar, it was a representation that she did not appear in this way, and it did not happen in fact. But we've come to an area of ​​strange discussion."

Actress Ilham Shaheen confirms that Mona Zaki was only performing her role, adding: "My last movie, "Curfew," was about incest. Does this mean that we bring the actor who played the role of the man who did that and prosecute him, and if I play a drug dealer in a movie, they will prosecute me." I'm a drug dealer. We're making the world laugh at us."

A rumor spread on social media about Mona Zaki's divorce from her husband, actor Ahmed Helmy, because of her participation in the film.

The "Motassadeq" page, an account that investigates the authenticity of news circulating in Egypt, denied this information, based on their recent publications on their personal accounts.

Al-Shafei completely denounces what is happening in the campaign against artists, "until this moment there are those who demand her husband, the artist Ahmed Helmy, to divorce her, which shows how far we have come in Egypt," considering that the ongoing campaign "represents terror for any real artist in Egypt, and a danger to art and creativity." In the future".

She says, "Those who do not like the film or its content should discuss it with the work and the technical performance and capabilities of the workers in it, and not talk personally about them."

For her part, Ilham Shaheen said in a telephone interview with the "Al-Hekaya" program on MBC: "I am very sad about what is happening, and I do not know why all this is happening. What is this reaction that we are in, it is a very polite movie that does not have a touch or an outside word, The shocking one in the film is his boldness in dialogue.

And on Sunday, Egyptian media reported that a lawyer sent a “warning” to the Ministry of Culture in preparation for filing a lawsuit against it and against “artistic works” to prevent the showing of “Friends and Dearest,” the first Arab film produced by Netflix in Egypt.

Shaheen says, "Everyone who talks about the movie has not watched it, but they want a funeral and are smitten with a slap, and whoever made a subscription to Netflix, this means that he watches foreign films in which the hero or heroine can appear completely naked, does he watch that and agree to it and do not agree to Just a shocking conversation.

However, Representative Mustafa Bakri submitted an urgent statement to Parliament regarding the film, saying that it "incites homosexuality and infidelity," noting that "personal freedom belongs to the person himself, but does not generalize it to me and my house."

In a telephone interview with the journalist and professor of political science, Moataz Billah Abdel-Fattah, he said, "I watched the movie completely, and it contains many outlandish words, and it is not creativity because it is considered dubbed from an Italian movie and contradicts our values, religion and morals in the Arab region."

He added, "Given the seriousness of this film, which was produced on the Netflix platform, I would like to know the measures taken by the Ministry of Culture to confront this type of film."

But Moataz Abdel-Fattah himself demanded, in a later post on Facebook, not to harm the person of Mona Zaki or her husband, the artist Ahmed Helmy, considering it "unacceptable."

He said: "Mona Zaki is our daughter, and her husband is our brother. We discuss a movie or discuss a scene, but without prejudice to anyone's reputation. The reputation of our daughters is a red line," calling for "not to commit a moral crime under the pretext of defending morals."

At a time when some demanded that the Syndicate of Acting Professions remove Zaki from the union's membership, Captain Ashraf Zaki said, "I am punishing her for what, it would be a crime if we did that."

He said, "I see that there is no responsibility on the actor to play his role, if I play the role of a drug dealer or a criminal, I am here not Ashraf, but I am the actor, so when Mona Zaki asked me to play a certain role, and she plays it very skillfully, she is not responsible." about the reaction.