YouTuber Song Ji-ah, who was caught up in controversy over wearing a luxury brand 'fake', announced that she would stop her activities. On the 25th, Jia Song uploaded a video titled 'I am Jia Song' on her YouTube channel 'Free Jia'. 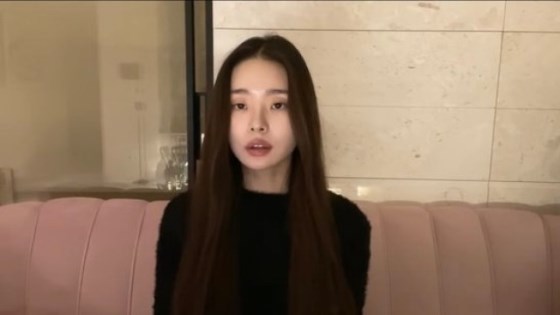 YouTuber Song Jia (active name Freesia), who was caught up in the controversy over wearing a luxury brand 'fake', announced that her activities would be suspended.

On the 25th, Jia Song uploaded a video titled 'I am Jia Song' on her YouTube channel 'Free Jia'.

In the video, Song Jia said, "First of all, I'm sorry for the delay in the apology video. And I'm sorry for causing concern to many people."

Song Jia bowed her head, saying, "I admit to the recent controversy over wearing fakes, and it's all my fault." "As a YouTuber, I had to be careful and careful in all my actions, but I'm sorry for undermining the value of the brand and disappointing many people who support me."

Regarding the reason for purchasing the fake, he said, "At first I bought it because it was pretty. Then, I was loved by many people, and I fell in love with it more and more and couldn't come to my senses." I should have looked back a little more when I was in love, but I couldn't and focused on Song Ji-ah, who was shown. I am regretting and reflecting."

He added, "After the recent controversy over fakes, I look back at your advice and rebuke and reflect day by day, realizing my shortcomings, and living with regret and reflection."

Song Ji-a said, "I have hurt my fans and my family because of me. I feel deeply about this issue. I hope you will stop blaming my family as it is all my fault."

Finally, Song Jia said, "I will have time to reflect privately on all the channels I run." "I will hold myself accountable for my mistakes until the end."

Song Jia received a lot of attention and love when she appeared in the Netflix original entertainment show 'Solo Hell'.

However, some of the clothes and accessories worn on broadcasts and YouTube videos were alleged that they were fakes, causing controversy.

As the controversy spread, Song Jia posted a handwritten apology on Instagram on the 17th and said, "I apologize for all the circumstances that have occurred due to the designers' infringement of their creative works and their ignorance of copyright. Someone who has a dream of launching a brand As a member of the public, we will take the controversial parts seriously and reflect deeply.”

Song Jia has now deleted all posts except for the apology video and apology on her personal YouTube channel 'Free Jia' and Instagram.