Thich Nhat Hanh, the Buddhist monk who brought mindfulness to the West, dies

Peace activist Thich Nhat Hanh, one of the most influential Buddhist monks in the world for promoting the practice of mindfulness to the West, has died this Saturday in... 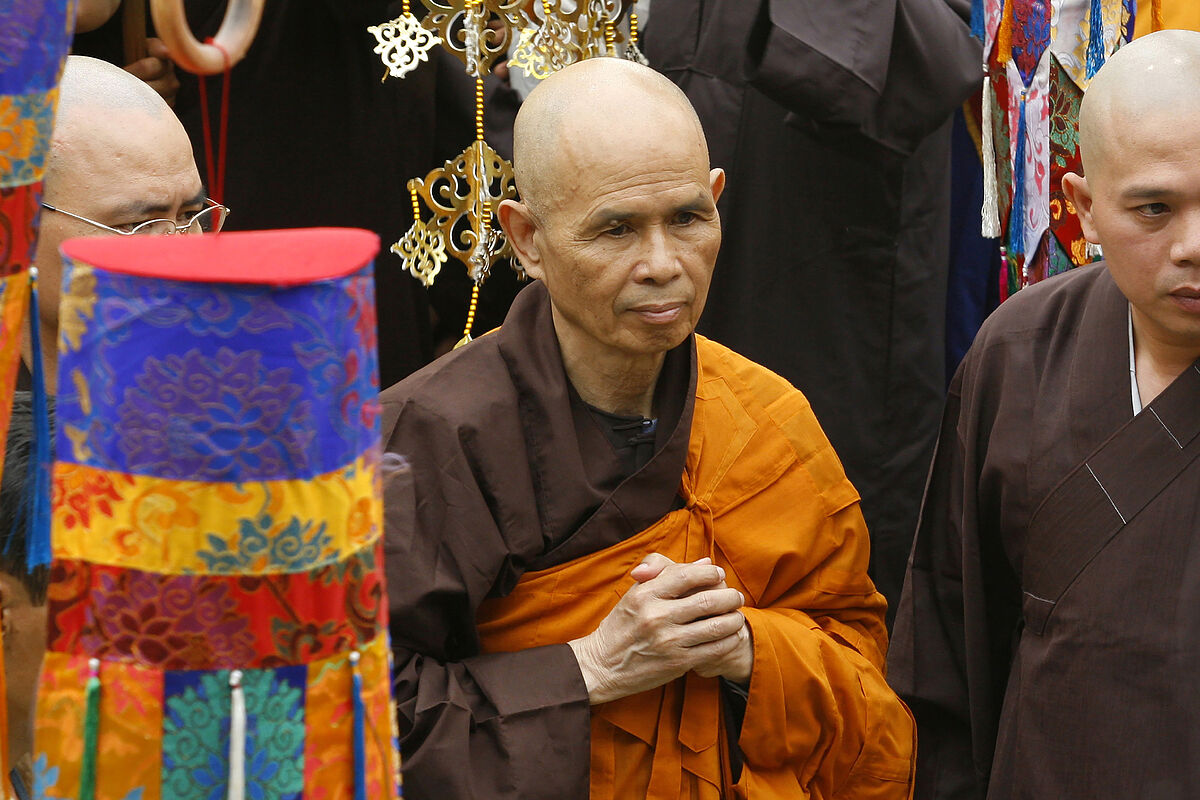 , one of the most influential Buddhist monks in the world for promoting the practice of

to the West, died this Saturday in Vietnam at the age of 95, his organization said on its Twitter account.

The Zen master, proposed as a candidate for

, lived in exile for almost four decades because of his opposition to the Vietnam War, which earned him the enmity of the two sides in the conflict.

or full attention, a meditation therapy aimed at becoming fully aware of the present without evaluating it.

The teacher "passed away peacefully" at

city , the heartland of Buddhism in Vietnam, says the

"We invite our beloved global spiritual family to take a few moments to be calm, to return to our conscious breathing, while together we hold the teacher in our hearts," adds this organization.

has been promoting this technique in Western countries – in Hollywood celebrity homes or Silicon Valley companies – before returning to Vietnam in 2018 after almost four decades of exile in France.

Born in 1926, Thich Nhat Hanh was ordained at the age of 16 and founded a youth school that trained volunteers to build clinics and infrastructure in war-affected villages.

After a trip to the United States in which he met

, he was banned from returning to Vietnam.

Believing the war to be wrong on its face, the monk took no sides and found himself persecuted by both the communist North and the US-backed South.

And when the war ended, he was also unable to return for his defense of religious freedom, strictly controlled by the victorious communist side.

In 1967, Martin Luther King nominated him for the

arguing that "his ideas for peace, if applied, would build a monument to ecumenism, to world brotherhood, to humanity."

During his 39 years of exile in France, he organized retreats around the world and wrote over a hundred books on

The authorities allowed him to spend his last days in the

temple , although closely watched by the police who were always stationed around the religious complex, which had become a place of pilgrimage for his devotees.

WellnessHow to take care of my health at Christmas, tips for sleeping well