[Weather] Ultra-fine dust is bad in metropolitan areas and Chungcheong... rain all over the country

The air quality will be cloudy mainly in the western part of the country tomorrow, which is a holiday. Tomorrow, we will show 'bad' level of ultrafine dust concentration in the metropolitan area, Chungcheong, Jeonbuk and Daegu. 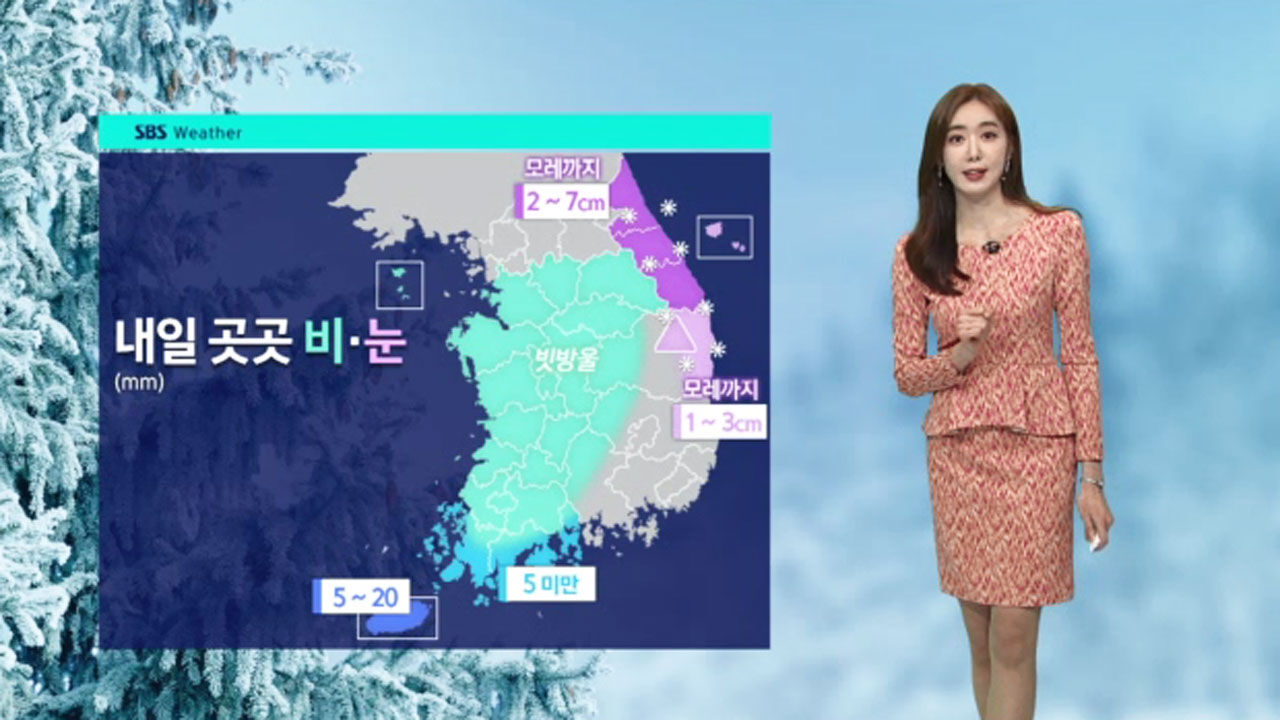 Tomorrow (the 23rd), which is a holiday, will also have cloudy air quality, mainly in the west.

Tomorrow, we will show 'bad' level of ultrafine dust concentration in the metropolitan area, Chungcheong, Jeonbuk and Daegu.

There is rain or snow in the east coast, south coast, and Jeju Island tomorrow.

First of all, up to 20mm of rain will fall on Jeju Island by daytime, and the southern coast of Jeollanam-do will have less than 5mm of rain until morning, and there will also be some raindrops until tomorrow morning in Honam and western Gyeongsang, Chungcheong and southern Gyeonggi, and southern Yeongseo.

Meanwhile, in Yeongdong, Gangwon-do, there will be places where it will snow up to 7cm from tomorrow night, and about 1~3cm of snow is also expected on the east coast of North Gyeongsangbuk-do.

Fog will form throughout the inland until tomorrow morning.

The morning will be less cold than today, so Seoul will start at -2 degrees below zero, and the daytime temperature will rise to 7 degrees.

In the southern region, the morning temperature will also start in the video zone, and it will be warm around 10 degrees during the day.

There will be no severe cold next week.