International report - South Korea: visit to KSTAR, the research center for the energy of the future

Nearly clean, virtually inexhaustible energy has been the promise of nuclear fusion for nearly 70 years. Thanks to the participation of the European Union, China, the United States, I… 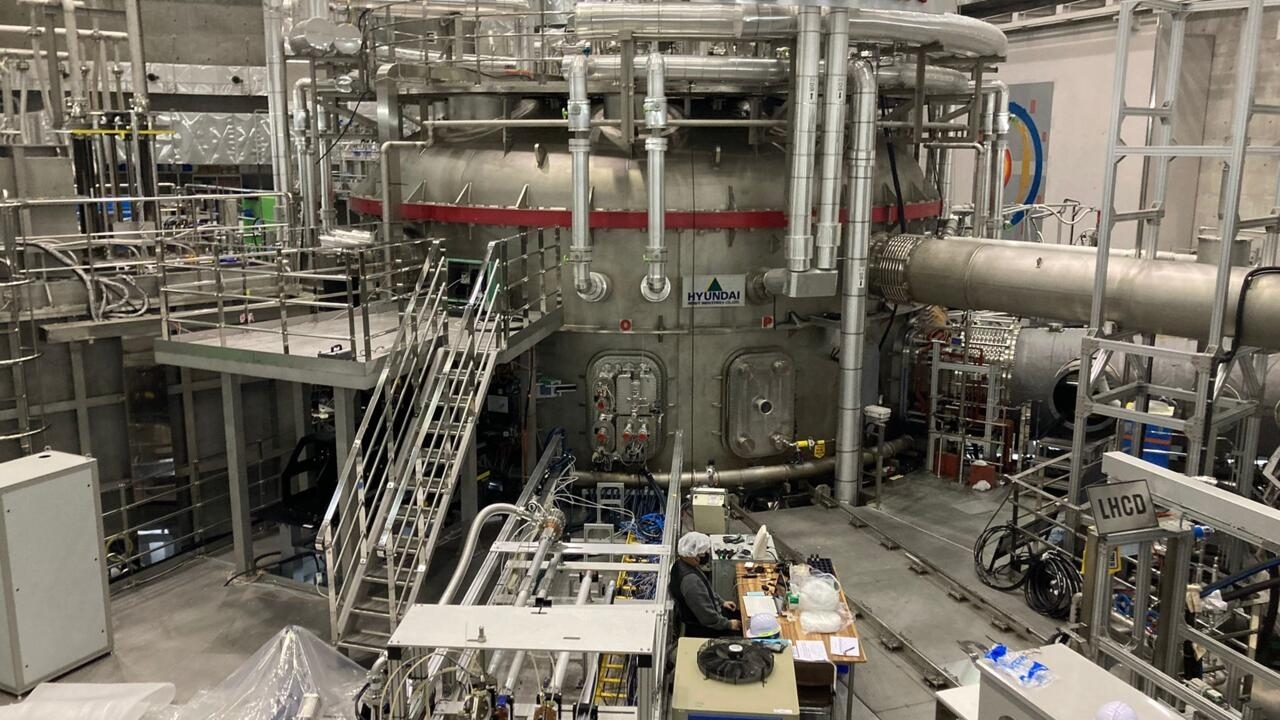 South Korea: visit to KSTAR, the research center for the energy of the future

Nearly clean, virtually inexhaustible energy has been the promise of nuclear fusion for nearly 70 years.

Thanks to the participation of the European Union, China, the United States, India, Japan and South Korea, a nuclear fusion reactor will be created in Cadarache in the south of France by 2025. For this, experiments are taking place in the four corners of the globe, particularly in South Korea.

Visit one of these centers in search of the energy of the future.

From our correspondent in Seoul,

Welcome to KSTAR's experience building, here we are in the meeting room, and KSTAR is at the heart of this building,

He and his teams did more than reproduce the sun, because for 30 seconds they managed to maintain a plasma at more than 100 million degrees Celsius, six times the temperature of the sun at its heart.

The sun is spherical and has a configuration that is quite simple, but on Earth we cannot reproduce the sun so we use the magnetic field...

" For this the project director uses KSTAR a large machine filled with metal tubes which seems to come out of a science fiction film whose objective is to explore the possibilities of nuclear fusion.

You know, it's very difficult to stop fission, because there's constant combustion whether you like it or not.

But for this plasma fusion system it's very easy, just stop injecting gas or heating the plasma.

It is very difficult to maintain the plasma at very high temperature.

When it comes to safety, nothing beats fusion, because the operation itself makes the process safe.

Nuclear fusion, an ideal solution, but still far away

Unlike nuclear fission used today in power plants where atomic nuclei are split, the concept here is to merge them so that they grow and produce considerable energy. “

We have a long way to go, but in many ways nuclear fusion is ideal

Sure, the fuel is abundant in seawater, there is a very wide energy density, and the problem of waste is minimized, when you take all this into consideration. could represent a good proportion of the energy mix in the near future.

An ideal solution in appearance, but which remains in reality very distant.

At university when I was beginning to understand what fusion was, my professor told me that it would take 30 years to develop, and I must admit that now I will give the same answer

If KSTAR is intended only for scientific research and not for the production of energy, this is not the case of the reactor of ITER (for

, or Réacteur thermonucleaire experimental international, in French) built in the south of France which should be able to produce energy for the first time in 2050.

► To read also: France: ITER, the nuclear project supposed to imitate the Sun, is launched