Song Ji-ah's side "I don't add even a penny to the house of trimaze... There is no overseas sponsor"

YouTuber and broadcaster Song Ji-ah has announced that they will take legal action against various rumors that have emerged after the controversy over wearing fakes. Kim Hyo-jin, CEO of Hyowon CNC, of ​​Song Ji-ah's agency, said in a press release on the 19th, "I am inevitably conveying the company's position as malicious rumors about Freesia are spreading." "First of all, I would like to apologize. 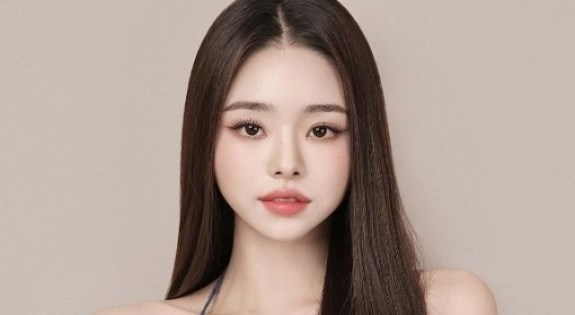 YouTuber and broadcaster Song Ji-ah has announced that they will take legal action against various rumors that have emerged after the controversy over wearing fakes.

Hyo-jin Kim, CEO of Hyowon CNC, of ​​Song Ji-ah's agency, said in a press release on the 19th, "I am inevitably conveying the company's position as malicious rumors about Freesia are spreading.

He continued, "It is the company's responsibility to check the styling of the creator's broadcast appearance, but I didn't check it properly because I thought respecting Jia's own styling would be more intimately communicating with the subscribers."

CEO Kim Hyo-jin said, "There is no shame in actress Kang Ye-won, the co-founder who believed in everything and entrusted the management." He said, "It is also the responsibility of the company to hold the creators who are ignorant of intellectual property rights so that they can have the right concept. It is appropriate, but there are now indiscriminate rumors about us and Freesia other than wearing fakes, so we would like to clarify our position on this.”

He adaptively explained the rumors that 'the company was made with foreign capital, and there is a sponsor of foreign capital'. CEO Kim said, "Hyowon CNC is a startup company that I and actress Kang Ye-won started with a small capital. For four years after founding, all employees (including retirees) worked hard together, day and night. Investment in corporate M&A We have never received any form of investment in the

In addition, regarding the rumor that 'the company obtained the house where Song Ji-ah lives and made a golden spoon character', he said, "Jia never gave even a penny to get a house. In the normal management category, we support creators, support their dreams, and work together. There was no financial support other than what he made. This is a monthly rental contract that Jia made by collecting deposits directly with the money she saved while working as a model after entering university and working as a creator with us."

Regarding the allegation that Song Jia introduced a fake product on YouTube pretending to be genuine, she said, "I didn't lie. Because it was a fake, the entire video was processed privately." He emphasized, "Free Jia has never introduced a fake as a luxury item before. All of the images and photos that are left are genuine. did.

In the future, we will actively take legal action in case of malicious profanity and slander, malicious rumors and malicious postings that contain unfounded false facts.

However, some of the luxury clothes worn on the show were embroiled in controversy that they were fakes, and the 'gold spoon image' suffered a fatal blow.

On the 17th, through her SNS, Song Jia acknowledged wearing a fake, saying, "I apologize for the circumstances that have occurred due to the infringement of the designers' creations and their ignorance of copyright."

Below is the full text of the agency's position.

Recently, malicious rumors and malicious articles about Freesia (Jia Song) have been posted on YouTube communities and social media, and we take a stand.

I think it is our role to quickly sort out the facts to the fans who love Jia, who is being hurt by the false facts that are spreading rapidly.

I also earnestly reiterate that arranging the facts and taking measures to spread false information is not an excuse for wearing fakes.

1. It is a company made with foreign capital.

There is a sponsor of foreign capital

Hyowon CNC is a startup company that I and actress Kang Ye-won started with a small capital.

It is a company where all the employees (including those who have left the company) worked hard together, day and night, for 4 years since founding.

We have never received any type of investment, including corporate M&A investments.

Jia never gave a penny to get a house.

There was no financial support other than supporting creators in the normal management category, supporting their dreams, and creating together.

3. Freesia pretended to be genuine and introduced the fake (she lied)

All of the remaining videos and photos are genuine products.

All receipts can be verified

After Freesia's apology, the comments of sound criticism are humbly accepted and taken as an opportunity for reflection. I have made it clear

In the future, we will actively take legal action if there are cases of personal damage or defamation due to malicious profanity, slander, malicious rumors, and malicious postings with unfounded false facts.