How much do you know about the customs of the Great Cold?

Chinanews client, Beijing, January 20 (Reporter Shangguan Yun) "Flowers and trees manage the season, and birds sing to report the agricultural season." Time is rushing, and the great cold in the twenty-four solar terms is also coming.   The temperature is very low when it is very cold. In the old days, people took ice and stored it for use in summer. In addition, An Deming, deputy director of t 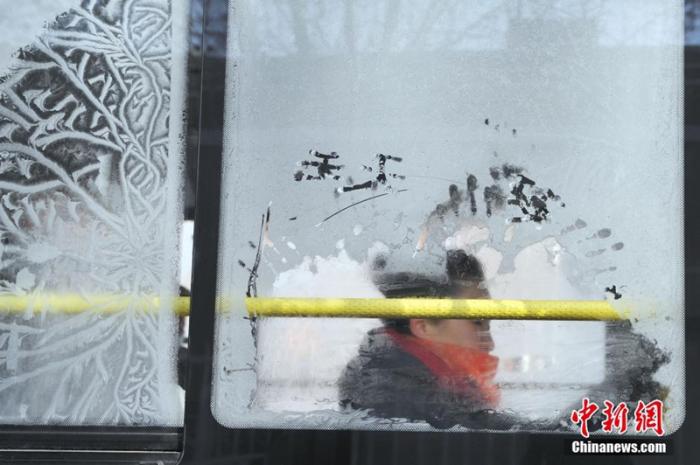 Chinanews client, Beijing, January 20 (Reporter Shangguan Yun) "Flowers and trees manage the season, and birds sing to report the agricultural season." Time is rushing, and the great cold in the twenty-four solar terms is also coming.

The temperature is very low when it is very cold. In the old days, people took ice and stored it for use in summer.

In addition, An Deming, deputy director of the Institute of Literature of the Chinese Academy of Social Sciences and vice-chairman of the Chinese Folk Writers Association, said that the Great Cold is the last solar term in the twenty-four solar terms. As the Lunar New Year approaches, there is also a saying that "the Great Cold welcomes the New Year".

Data map: A female passenger sat beside the window where the ice was condensed. It was the cold solar term that day.

Getting ready for Chinese New Year

Dahan, like Xiaohan, is a solar term that indicates the degree of coldness of the weather.

From the time point of view, Dahan is on January 20-21 of the Gregorian calendar every year.

The ancients divided the great cold into three phases: "One is for chicken milk; the second is for bird's severe illness; and the third is for water and belly-hardened."

"When it's very cold, it's usually the 'four or nine' season. In ancient times, there was less farm work in winter, and people invented some games, such as the nine-nine-cold elimination map, etc., to kill time." Anderming said.

Among the above-mentioned "cold relief pictures", there are two popular ones, namely dyeing plums and crosswords.

For example, draw nine cold plums on white paper, each with nine flowers, one for nineteen and one for a day, and fill a plum blossom with a specific color every day according to the weather.

In terms of diet, writer Liu Yida once said that the old Beijingers in memory like to eat frozen persimmons and frozen sour pears before and after the big cold.

The Great Cold is the last solar term in the twenty-four solar terms.

This solar term often coincides with the end of the year, and some folk customs during the period have more meanings of saying goodbye to the old and welcoming the new.

During the cold season, every household is busy preparing for the Lunar New Year—salting bacon, stocking up on New Year's goods, and buying some new clothes.

"Sweeping the dust, sticking to the New Year's Day, and other activities before the New Year's Day, the time of their appearance coincides with the time period of Dahan. Their formation is not necessarily related to this solar term, but it enriches the cultural content of Dahan." Ender Ming said.

Culture and common sense in the twenty-four solar terms

In the past, according to the traditional twenty-four solar terms, people rationally arranged production and life: "biting spring" during the beginning of spring, and viewing plum blossoms during the severe cold.

Some people believe that the twenty-four solar terms are a cultural technique for people to grasp the growth time of crops, observe the laws of animal activities, and understand the rhythm of human life.

In addition, the traditional twenty-four solar terms in China contain rich folk culture, life culture, and common sense of health preservation, and also reveal the philosophical wisdom of "harmony between man and nature", which requires respect for nature, which is still applicable today.

"The traditional concept of health care emphasizes 'harvest in autumn and winter storage', which also reminds people that when the cold season comes, we must follow the laws of nature, especially in winter, we must rest and recuperate, and do not consume too much energy and physical strength." An Deming said.

He believes that with the development of the times, some customs related to solar terms will be strengthened and some will be gradually weakened to meet people's needs.

At the same time, judging from some signs, new customs may also gradually form and become increasingly popular, "and people's acceptance of new customs often comes from the recognition of solar terms cultural symbols such as the Great Cold." (End)