These are the friends who received the Rookie of the Year award at this year's Korean Musical Awards. Kim Si-hoon, Lee Woo-jin, Jeon Kang-hyuk, and Joo Hyeon-jun who played Billy in the musical Billy Elliot. 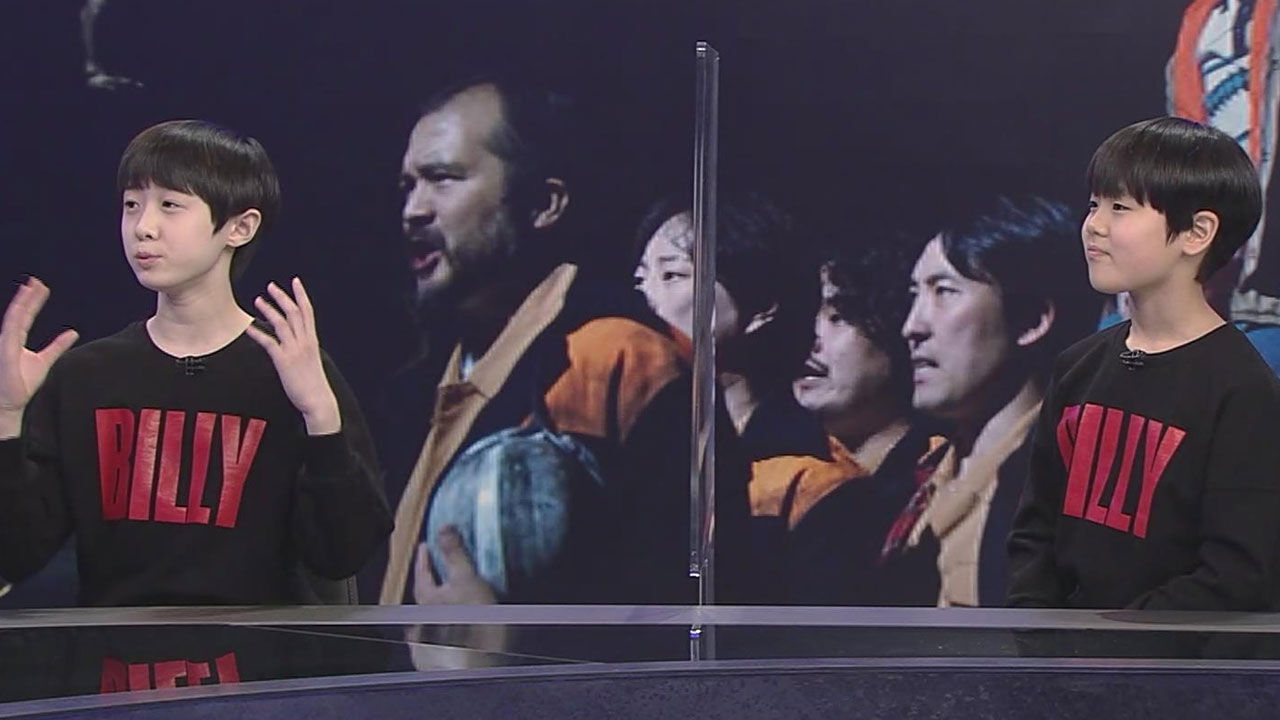 These are the friends who received the Rookie of the Year award at this year's Korea Musical Awards.

Today (the 20th), the invitation is a precious guest.

Q. Won the Rookie of the Year award at the Korea Musical Awards…

[Jeon Kang-hyeok/Musical Actor: Yes, even there, now that we only know that Billy Elliot's team has been nominated, I honestly thought other people would win the award.

I thought we couldn't actually do it, but our Billy Elliot team, Si-Hoon Kim and Woo-Jin Lee, were so good after being called, did we really get this?

It felt like I was just in a dream and it was so good.]

Q. At the time of receiving the Rookie of the Year award…

How did you feel?

[Hyunjun Joo/Musical Actor: I was really happy, so happy, I was so happy that I didn’t even know how to explain it.

So from then on, I was very grateful to the teachers who taught me, the actors who were with us, and now the people involved.]

Q. Audition for 'Billy'... How did you challenge yourself?

[Jeon Kang-hyuk / Musical Actor: A movie, not a musical Billy Elliot. After seeing the movie Billy Elliot first, I saw the movie and thought, 'Oh, that boy named Billy is such a great, courageous and great kid.' So I applied for the audition right away because I thought that I could handle it well and that if I climbed up, I would be able to show myself in a confident and stylish way.]

Q. Three auditions… What was your heart?

[Hyunjun Joo/Musical Actor: First of all, when I auditioned, I was just seeing the first audition for the first time, so I said just enjoy and come and have fun. At the 3rd audition, I really wanted to bring out everything that was inside me and have the confidence that I could be selected unconditionally and try to show off myself in whatever I do. So, now, after waiting for the 3rd time, the moment I get stuck. Wow, my real soul just flew away. A little bit of what I was very happy with when I entered an unknown world.]

Q. More than 1 year of training…

[Jeon Kang-hyeok / Musical Actor: We held classes every day except for one day from 3 to 9 pm in the place called Billy School for ballet, tap dance, acrobatic, modern dance, jazz dance, and Pilates.

So, at first, if I do a lot of Pilates or something like that, my whole body aches and I just got muscle pain, so it was really hard, but as I get used to the billy school, I can feel my stamina increasing and I can really do these things, a little bit myself too much I was proud and very grateful to myself.]

Q. Have you ever made a mistake during a performance?

[Hyunjun Joo/Musical Actor: I have a bit of an episode now, and it's called Angry Dance, and my angry feelings.

(I do it alone.) Now there is something to express through tap dancing.

But now, in the scene called 'hut', I express this frustration in a square box, but the box was not completed properly.

What do you do if it falls over?

What should I do if it all broke again and I got hurt today, but I did it by maintaining a calm, calm base, and now the actors calmly put it back up even if it collapsed and did it so well, so fortunately it passed safely.]

What is different from the beginning of the performance?

As I became very generous with myself and matured, my confidence in what this Billy Elliot could do was increased.

Now, I feel like I can stand on stage without being too nervous.]

Q. Do you have any dreams or wishes that you would like to achieve in the future?

[Jeon Kang-hyuk / Musical Actor: Now, even after the musical Billy Elliot is over, I am working hard to become a ballerino for my dream of becoming a ballerino. I will show it to you.]

[Hyunjun Joo/Musical Actor: First of all, I want Billy Elliot to finish well by February 13th, and I hope the corona virus disappears quickly.

Because now I do PCR tests every day before performing once a week.

It disappears quickly, so I just want to go to work like this a little bit happily, and the dream-like thing is that I grow up again later, and when I grow up, I become a cool person, so I definitely want to appear on the SBS News Nightline again.]