"A hyung who always worked hard and endured"... A message from a classmate Taemin of SHINee

While SHINee member Taemin was transferred to a supplementary role while serving due to worsening depression and panic disorder, cheering comments left by Taemin's military classmates drew attention. 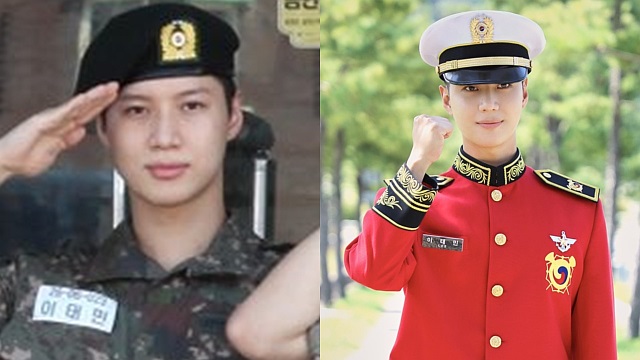 While Taemin, a member of SHINee, was transferred to a supplementary role while serving due to worsening of depression and panic disorder, cheering comments left by Taemin's military classmates drew attention.

On the 14th, Taemin's agency SM Entertainment said, "Taemin has been transferred to the military band of the Ministry of National Defense as a supplementary role."

This is because Taemin, who had been receiving treatment and counseling for symptoms of depression and panic disorder during his service, was diagnosed that it was impossible to combine military service with treatment as his symptoms worsened recently.

However, some netizens looked at Taemin, who will be serving alternatively as a social worker in the future, with pity.

Taemin and his comrades who served in the military left heartfelt comments to the netizens saying, "Please don't say too much."

Ms. A, who shared the dormitory with Taemin at the Nonsan Training Center, said, "Taemin hyung brought a lot of antidepressant drugs, and I remember that he took the medicine every evening. He was an older brother who worked hard and endured.”

Mr. B, who said he and Taemin were both considered unfit for active duty, also said, "Taemin hyung had nightmares every night even after taking medicine and woke up frequently. Nevertheless, he was the hyung who kept smiling and gave me advice. They said, 'I'm afraid of what I'll hear again if I go out.' So I'd appreciate it if you didn't say too much to a sick person."

In addition, Mr. C, who said that he lived with Taemin in the same dormitory on the same day and even lived in the capital hospital, said, "I am suffering from the same disease. It's also more demanding than anyone else, and the military has been very strict and meticulous. Please don't talk recklessly while wearing sunglasses."

In response, netizens said that it was a great decision for Taemin to leave his military service behind and enlist, saying, "As many people feel happy thanks to Taemin, if someone or something helps Taemin. I hope", "It must have been difficult to endure alone, but I hope you can overcome it well", etc.