Millions of Egyptian pounds stolen and smuggled through the "white sands"

The Egyptian media revealed the theft of a large number of Egyptians through an international gang that runs an application called "White Sands", which means white sand. If you buy 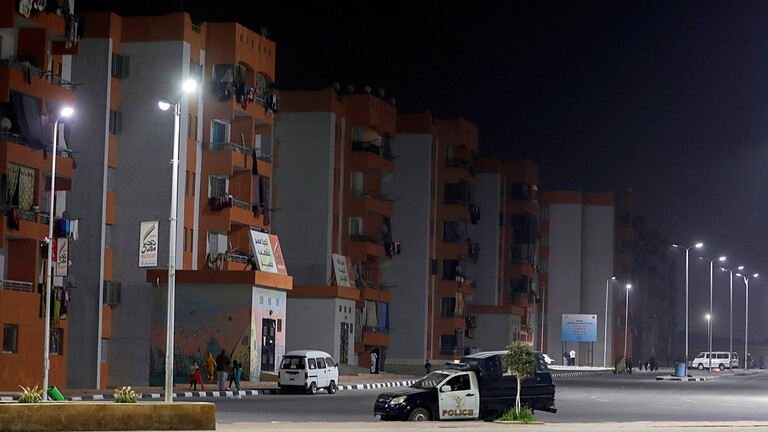 Millions of Egyptian pounds stolen and smuggled through the "white sands"

The Egyptian media revealed the theft of a large number of Egyptians by an international gang that runs an application called "White Sands", which means white sand.

One of the victims of the scam, Siham, said that she got to know the application through a friend of hers, who invited her to subscribe because it is very profitable. If she subscribes to an annual package worth 6 thousand pounds, she can win 7900 pounds per month. Performing the surgery for her daughter, but her dreams quickly dashed, after the application stopped suddenly, as soon as it succeeded in collecting between 3-5 billion pounds from 6 million subscribers in Egypt, according to what the employees of the application announced days before it stopped working.

She pointed out that the application transferred funds to encrypted digital currencies and smuggled them abroad, using digital wallets of one of the major mobile companies in Egypt, thus becoming the first fully-fledged electronic fraud case in Egypt.

The application managers said that the White Sands application belongs to an American company called Omnicom, and it provides marketing solutions including brand advertising, customer relationship management, media planning, and other services.

We sent an email to the American company asking it about the fact that the application was affiliated with it, and it did not respond to it until the moment this investigation was published.

The application began its work in Egypt, mid-October 2021, and they entrusted a YouTuber specialized in preparing videos about technology, applications, and others. Cairo, to explain and familiarize the audience with the mechanism of the application and how to profit from it.

According to “Cairo 24”, the application adopted a mechanism to attract subscribers to pay their money without hesitation. Noha Abdel Aal, 24, one of the victims of the application in Alexandria Governorate, says that she did not believe that the application would provide her with a profit, but she saw her cousin actually signed up and withdrew money, and won an amount Bigger than what he paid, which encouraged her and her mother and father to join the application, and they participated in a large amount in the hope of making a profit, but the application was closed before they recovered their right.

Muhammad Al-Hadidi, 28, one of the victims of the application in Qalyubia governorate, said that the White Sands application began its work in Egypt in mid-October 2021, and the application managers claimed that it belongs to a major American company called Omnicom, and depends on two methods of profit: “The first is the vertical tree system, in which each subscriber gets 15% of the subscription value of each new member, and he gets 5% of the subscription value of all remaining subscribers, and the second way is to complete daily tasks, which include watching and downloading a set of videos on YouTube channels or Facebook pages.

Al-Hadidi added that the application was run by 5 managers, their names (Maya, Jessica, Simon, Elissa, Adam), and he guessed that all of these names are pseudonyms and not real, and some claimed that they are foreigners, but no one knows their truth so far, explaining that all transfers to and from the application It was carried out through the electronic wallets of a major mobile company, and each agent had a large number of wallets, their number reached 50, with only one agent, and each wallet had a maximum daily transfer of 6 thousand pounds, and 50 thousand pounds per month, and because the number of the company’s clients is very large, The company provided agents with a large number of wallets to use, explaining that the company had 28 agents throughout the republic, receiving funds and transferring them to managers.

He continued, "We have not been sure that the founders are Egyptian, but all the numbers used are Egyptian numbers, whether they communicate through them with agents and subscribers or through money transfers, and we do not know yet if the numbers used are actually registered in the names of these people, or they are registered in the names of these people." other people".

Regarding the ownership of the application and its founding technology, Al-Azali revealed that he sent the link to the application to a programmer before closing it, and the latter assured him of the design, presentation, and tools used primitive, and not advanced.

The lawyer of some of the victims accused one of the mobile companies of facilitating the access of some agents and persons to mobile lines in the names of others, and the creation of electronic wallets in the names of some of the company’s customers without their knowledge, at the disposal of agents and application managers, which violates the regulations of the National Telecommunications Regulatory Authority, stressing that it is very likely to surprise 5 or 6 thousand citizens are accused in the case, and they have no elegance or sentences, and the only reason is that some of the company's customer service representatives have extracted mobile lines and electronic wallets in their names.

He continued, "I have records stating that the company was buying each electronic wallet in this company for an amount of 1,000 pounds, and paying the owner of the wallet 60,000 pounds per month in exchange for the right to use it and receive and transfer money to and from it." Over 800,000 pounds, all of which are practices that indicate the involvement of this mobile company in facilitating the entrapment of citizens.

Regarding the current legal position of those affected, some of the victims told "Cairo 24" that they wrote a lecturer in the Bella Center in Kafr El-Sheikh Governorate against a person known among the subscribers of the application as Khaled Al-Masry, but his real name is Kamal Abdel-Fattah.