In the spotlight: hope on the horizon… Audio 04:16 People, wearing protective face masks, walk near the Eiffel Tower in Paris, December 2021 (photo illustration). REUTERS - GONZALO FUENTES By: Frédéric Couteau Follow 4 mins Advertising This is the main title of Liberation . Is the Covid-19 epidemic receding? “  Is the Fifth Wave Wall soon behind us?  The newspaper wants to be cautiously opti 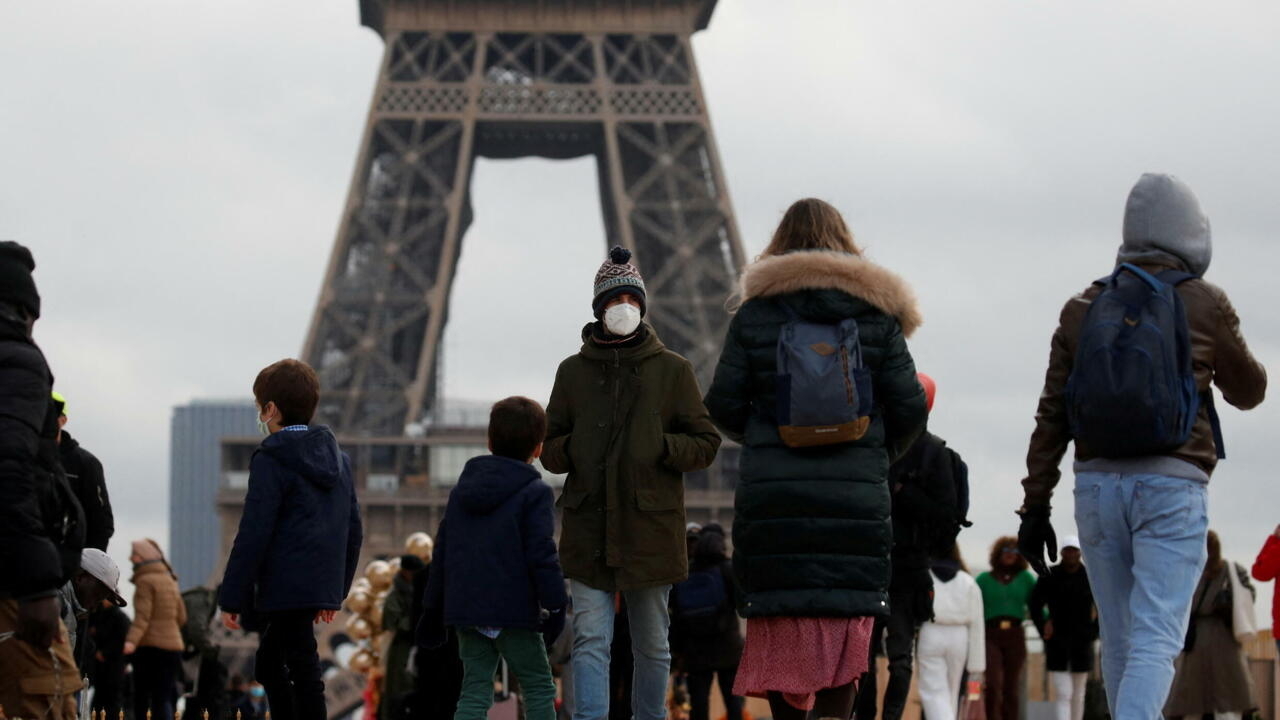 In the spotlight: hope on the horizon…

This is the main title of

Is the Fifth Wave Wall soon behind us?

The newspaper wants to be cautiously optimistic. “

After several weeks punctuated by unprecedented records of Sars-CoV-2 contamination, the scenario of an end to the flood now seems within reach,

As the modellers had envisaged for this second half of January.

"We have the feeling that the peak is passing before our eyes", estimated yesterday Arnaud Fontanet, epidemiologist at the Institut Pasteur and member of the Scientific Council.

"The peak of infections in any case has passed these days, perhaps last week, in Île-de-France. It will be a little later in the other French regions".

(…) Because this fifth wave, carried by a duo of different but complementary variants, will undoubtedly not be the last.

The virus is still circulating in the world, other variants will inevitably appear and the Covid will return, landing at Roissy or elsewhere.

With what virulence and what contagiousness?

So when will the end of the health crisis be?

According to epidemiologist Philippe Amouyel interviewed by

this moment will not arrive before the summer, a period when the immune coverage will be greater and will allow better resistance to serious forms.

Whether it becomes endemic will depend on two things

the duration of the immunity conferred by the Omicron variant and the ability of pharmaceutical industries to produce vaccines that are resistant to the variants.

But for the next four to six months, we can be optimistic.

The vaccination pass: what for?

peak of the epidemic, 90% vaccinated… what will the vaccine pass really be used for

(which should come into effect at the end of the week)?

For the vaccinated, the gesture will remain the same: a simple scan of the QR code hosted in the TousAntiCovid application will open the doors of the gathering places.

For the 5 million unvaccinated people and the latecomers in terms of a booster dose, on the other hand, daily life will be greatly complicated.

will the vaccination pass encourage more people to get vaccinated?

This is the hammered goal.

» In order to limit the serious forms of the disease.

Until when will it be in force?

Everything will depend on the dynamics of the epidemic.

After its first use this winter, the vaccine pass could join the toolbox of the measures deployed in the event of a resurgence.

save the big dog…

Also on the front page, "

": this is the headline of

Drinking and repeated parties at 10 Downing Street, with a large number of guests, while the country was under confinement… This is “

the conclusions of the internal investigation into these confinement parties at the top of power could be made at the end of the week. And in the meantime,

Boris Johnson’s rescue operation has been launched. In the corridors of Whitehall, it is called "

This counter-offensive by BoJo is organized on two fronts,

Le Figaro. He first intends to do some cleaning in Downing Street. Some heads will fall, collaborators will be thanked.

Boris Johnson would also consider a series of measures popular with some of the Conservative MPs and his electorate: the freezing (before the abolition) of the license fee paid to the BBC, a possible deployment of the army to stem immigration clandestinely across the Channel and, luck helping, the lifting of the constraints due to the Omicron variant within ten days.

will this rain dance be enough to thwart the scalp dance that some are fomenting in Westminster?

In any case, points out

behind the scenes, the potential successors to Boris Johnson are getting organized.

The three are said to have also started sharing their personal vision for the future of the UK.