A cold wind continues to blow. The temperature in Seoul dropped to minus 9.9 degrees this morning, and the sensible temperature was below minus 15 degrees and it was colder than yesterday. 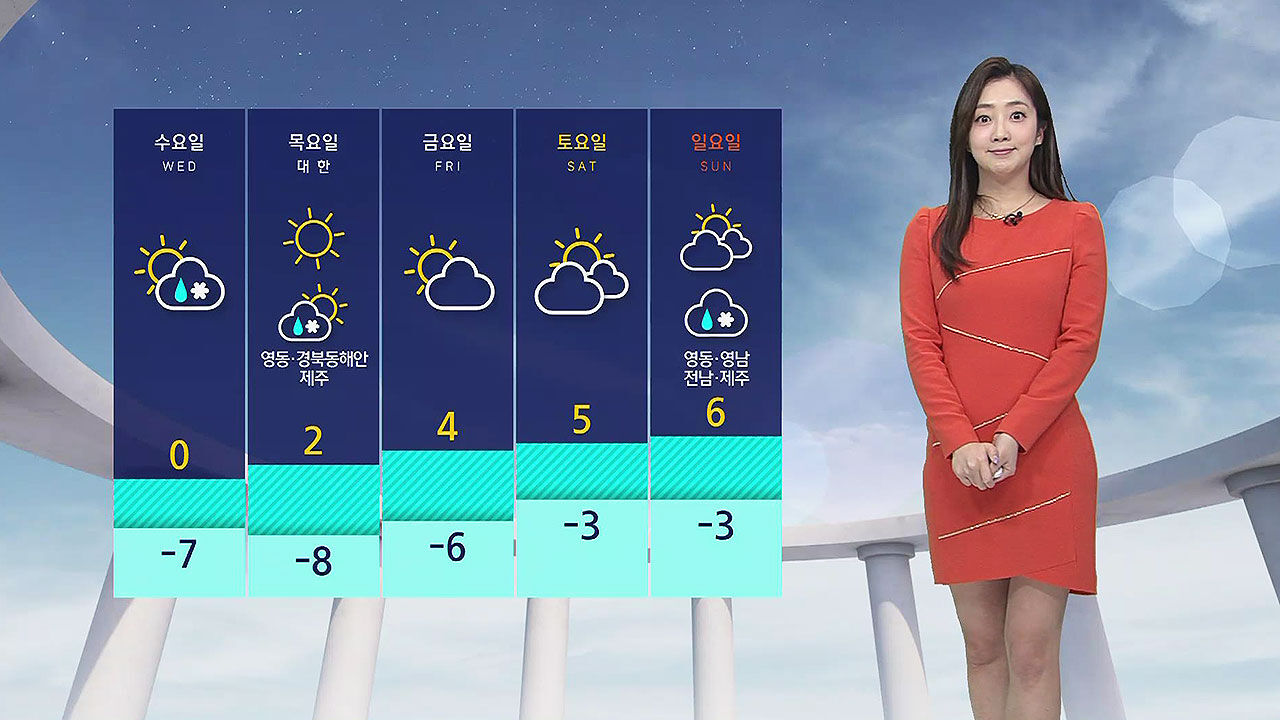 A cold wind continues to blow.

In the morning of today (18th), the temperature in Seoul dropped to minus 9.9 degrees, and the sensible temperature was below minus 15 degrees and it was colder than yesterday.

It is recommended to dress warmly in the sub-zero cold that continues all day.

Unlike yesterday when it snowed profusely, today the blue sky is exposed.

The air is also clean, and today the weather is clear without any rain or snow forecast.

However, there are many places where the snow that fell yesterday is still piled up in the cold, so you have to be careful about slip accidents, and there is a risk of swell waves in the east coast.

It snowed yesterday, but the amount was not enough.

For that reason, dry weather warnings are continuing mainly in the eastern regions and including Seoul.

Today's highest temperature is expected to be 0 degrees in Seoul, 3 degrees in Daejeon, and 5 degrees in Gwangju.

Another snow forecast is included in many parts of the country amid severe cold tomorrow.

Starting with the metropolitan area in the afternoon, it will expand to the whole country at night at night. Heavy snow of more than 15 cm is expected in Yeongdong region, and the amount of snow in the central inland is also 1 to 5 cm, which will not be small.

It is also a good idea to prepare for a traffic jam on the way home from work.

This cold will subside over the weekend.