In East Jerusalem, a Palestinian family facing eviction threatens to set themselves on fire

Members of a Palestinian family facing eviction in East Jerusalem's Sheikh Jarrah neighborhood took refuge Monday with a barrel of gasoline on the roof of their home, threatening to… 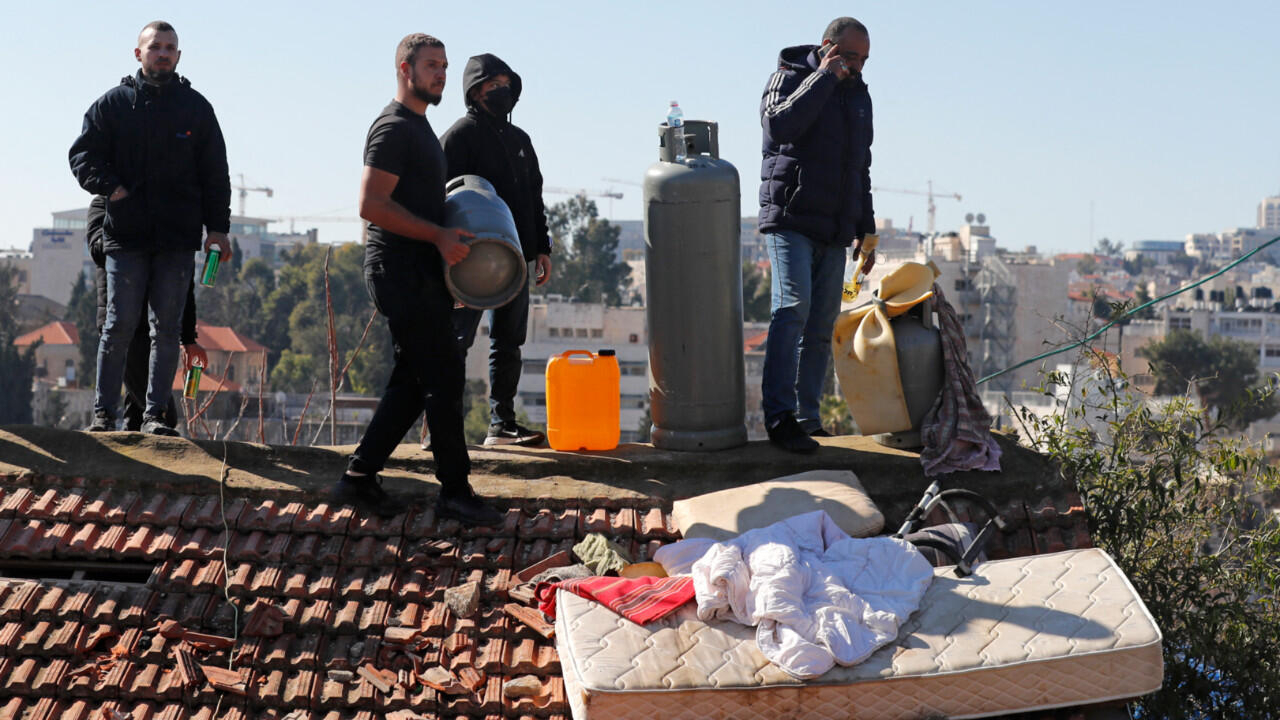 The Israeli police continued to negotiate, Monday evening January 17, with the members of a Palestinian family threatened with eviction in the sensitive neighborhood of Sheikh Jarrah, in East Jerusalem.

These are entrenched with a barrel of gasoline on the roof of their house.

Earlier Monday, shortly after police arrived on the spot to try to evict the family threatened with eviction since 2017, Mohamed Salhiya settled on his roof with a barrel of gasoline, noted a journalist from the AFP. He was then joined by members of his family who "threatened to set themselves on fire and set fire to the house if the occupying forces (name given by Palestinians to Israel, editor's note) took control of it", Mona Al Kurdi, a Palestinian activist living in the neighborhood, told AFP. "The family has lived in this house for decades," she added.

The Israeli police and the Jerusalem city hall said in a joint statement that they had come to enforce an eviction order, the land on which the family home is located having been allocated for the construction of a school for the children of the neighborhood.

"Negotiations" are taking place with the "entrenched" residents, according to the police.

In the eastern part of Jerusalem, occupied and annexed by Israel, hundreds of Palestinian families who have been there for decades are facing eviction orders.

In May, demonstrations in support of Palestinian families threatened with eviction in Sheikh Jarrah degenerated into clashes with settlers and the Israeli police, the first signs of an outbreak of deadly violence in Israel and the Palestinian Territories.

For Laura Wharton, municipal councilor (left) present Monday in Cheikh Jarrah, "the school could have been built without expelling families".

"There is enough room," she told AFP, adding that she was due to meet the family later in the day.

"A violation of international humanitarian law"

More than 300,000 Palestinians and 210,000 Israelis now live in East Jerusalem, the latter in settlements illegal under international law.

"The European Union is very clear: in occupied territory, evictions are a violation of international humanitarian law, this applies to any eviction or demolition, including this one," Sven Kuhn von Burgsorf told AFP. the EU representative in the Palestinian Territories, who traveled to Sheikh Jarrah on Monday with a delegation of European diplomats.

According to Israeli law, if Jews can prove that their family lived in East Jerusalem before the 1948 war and the creation of Israel, they can ask to have their "property rights" restored.

However, such a law does not exist for Palestinians who lost their property during the war, and Palestinian families claim to have legally purchased their properties from the Jordanian authorities, who controlled East Jerusalem from 1948 to 1967.

Seven Palestinian families from the Sheikh Jarrah neighborhood appealed to the Israeli Supreme Court to overturn the eviction notices targeting them.