During another pandemic year without touring, the sale of music catalogs has become a large part of musicians' income, according to the Rolling Stones magazine's compilation of the highest paid artists in 2021. On the list, dominated by men, is rock star Bruce Springsteen at the top, followed by hip hopens Jay-Z. 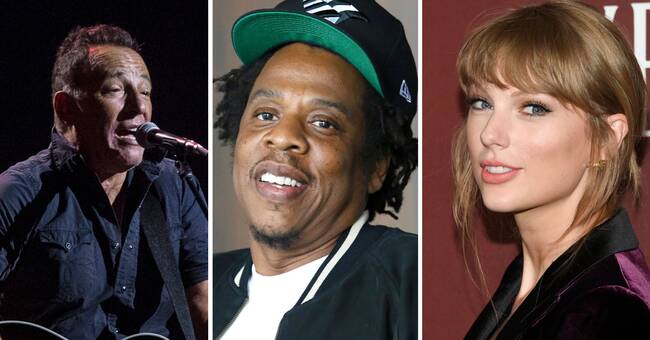 In 2021, the ten highest paid artists have withdrawn a combined sum of 2.3 billion dollars, corresponding to approximately 20.7 billion kronor.

An income that is twice as large as the years just before the pandemic, reports the newspaper Rolling Stone.

While Covid-19 has largely influenced the artists who make a living performing live, industry veterans like Bruce Springsteen and Paul Simon have found other ways to charge.

Namely, to sell the rights to their music catalogs for billions.

Springsteen tops the entire list with an income of just over SEK 5.3 billion, where the majority comes from the sale of rights, Jay-Z comes second with just over SEK 4.2 billion.

The only ones to make it into the top ten without selling rights are Jay Z, Kanye West and Taylor Swift.

Male and US dominated top

Nine of the ten highest paid musicians in 2021 are men with Taylor Swift as the only woman.

To find the next woman, or an artist who is not US-based, you need to look at the top 15 highest paid artists.