Max "Coolkid" Lundberg is one of the world's best speedrunners, ie people who try to complete computer or video games in the shortest possible time. This week, he showed off his skills in a stream marathon that raised over a million dollars for cancer research. 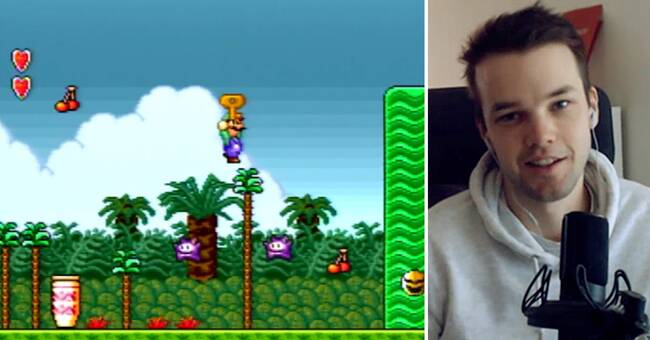 A game that may have taken the developers years to complete takes programming student Max Lundberg, or Coolkid as he is called in the context of speedrunning, just a few minutes to get through.

Behind the effort is research, planning and many hours of gaming.

- In some games, the records have been so optimized that it takes several years to get the skills required to beat them, says Max Lundberg.

Streaming sites made an impact

The phenomenon of speedrunning has been around for as long as the games themselves.

One of the earliest examples was published in the newsletter Activision in 1981. The players then took pictures on their TV screens where the time was printed and sent the picture to the newsletter.

But the real breakthrough came with modern video and streaming sites such as Youtube and Twitch.

Today, he holds at least 30 world records in several different games and categories.

The hobby has taken him to all corners of the earth.

Among other things, there have been seven turns to various events in the United States.

However, there is no prize money to collect in the same way as in, for example, traditional e-sports.

However, it is possible to make money by streaming.

It is usually free for the audience to watch, but it is still possible to get revenue through ads or from users who choose to drink - either in lump sums or monthly.

For Max Lundberg, speed running is primarily a fun hobby.

This week, he played Mega Man 2 in front of 90,000 viewers in the event Awesome Games Done Quick, which broadcasts live a number of speedruns all week long.

The goal is to raise money for the Prevent Cancer Foundation, which works with cancer prevention initiatives.

On Friday morning, the sum was up to just over 1.4 million dollars.

See how Max "Coolkid" Lundberg sets a new world record in Super Mario 2 and other games in the clip.