Zhongxin Finance, January 15 (Shi Rui) "The south does not understand the salty beancurd in the north, and the north does not understand the salty rice dumplings in the south." The focus of the whole network discussion, and Wufangzhai, the representative company of Xianzongzi originated in Jiaxing City, Zhejiang Province, came out on top in the capital market, and included the name of "the first 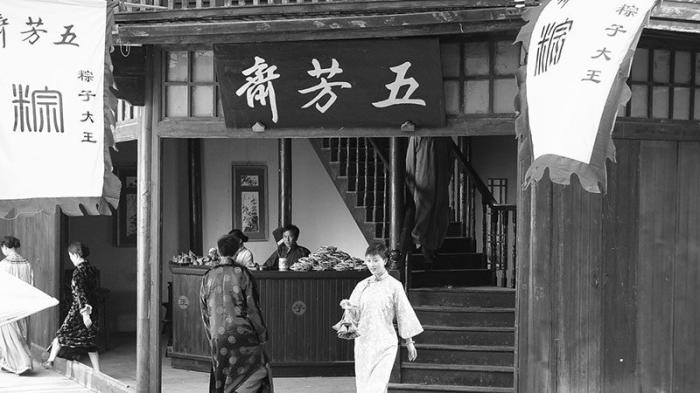 Zhongxin Finance, January 15 (Shi Rui) "The south does not understand the salty beancurd in the north, and the north does not understand the salty rice dumplings in the south." The focus of the whole network discussion, and Wufangzhai, the representative company of Xianzongzi originated in Jiaxing City, Zhejiang Province, came out on top in the capital market, and included the name of "the first share of Zongzi" in the bag.

On the evening of January 13, the Issuance Examination Committee of the China Securities Regulatory Commission announced that Zhejiang Wufangzhai Industrial Co., Ltd. (referred to as "Wufangzhai") was approved for the first time, which means that Wufangzhai's IPO was successful.

Wufangzhai was established in 1921. It has been a hundred years since the shop started with dumplings. It is a proper "time-honored brand". Its products are mainly meat dumplings with salty mouth. In the first half of 2021 alone, nearly 140 million yuan of pork was purchased as raw materials. , produced a total of 423 million zongzi, sold nearly 46,000 tons of zongzi, and earned 1.7 billion yuan from zongzi.

Another data shows that the "salty dumpling party" has more purchasing power in the supermarket scene.

According to the data from the National Chain Store Supermarket Information Network, during the Dragon Boat Festival in 2019, the "champion" of Zongzi sales in the supermarket channel was Wufangzhai, with a brand share of over 30%; while sweet Zongzi, representing Beijing Daoxiang Village, had a brand share of less than 3%.

The salty zongzi is mainly "active" in the south, and the "free shipping area" supports the business foundation of Wufangzhai based on "Jiahu Xiandian".

Can "Internet celebrity" marketing help make dumplings a popular food for the people?

Due to the seasonal characteristics of zongzi, only before the Dragon Boat Festival (the fifth day of the fifth lunar month) is the peak buying season, and other times are off-season.

Therefore, the production of Wufangzhai has to show the characteristics of "top-heavy" - "nonstop" in the first half of the year, and "wasted time" in the second half of the year.

In 2020, Wufangzhai produced 214 million zongzi in the second quarter, accounting for nearly 80% of the annual output. In the second half of the year, the number of zongzi produced by Wufangzhai was less than 12% of the whole year.

Zongzi is "bound" with the Dragon Boat Festival, and it also "defines" the ceiling of the industry.

Wufangzhai’s prospectus disclosed that in 2015, the market size of Chinese rice dumplings was 4.916 billion yuan, and the compound annual growth rate by 2019 is less than 11%. It is expected that the market size of rice dumplings will exceed 10 billion yuan for the first time in 2024. The compound annual growth rate is expected to drop to single digits, at just 7%.

How does "niche" food break through the ceiling?

Wufangzhai has chosen two directions. One is to use "net red" marketing to extend the sales period of zongzi, and to change zongzi from a "limited food" during the season to one of the daily staples on the public table.

According to Zhongxin Finance and Economics, Wufangzhai has launched cooperative products with popular brands such as Lay's, Zhong Xuegao, and Xicha (Hotmai); it has also used the brand of "Wufang Pictures" to produce a large number of "explosive" videos. In this way, we try to change consumers' employment and consumption habits for rice dumplings.

Image source: Cut from the prospectus of Wufangzhai

However, judging from the current financial data, it is difficult to say that Wufangzhai's efforts have been successful.

The road to innovation of the time-honored brand cannot stop.