Immunoglobulin derived from chicken eggs has been tested to be used as a nasal vaccine. According to scientists, herd immunity will be achieved if 70-80% of the world's population is vaccinated. Today, the global average of this rate is less than 60%, and it does not exceed 10% in developing countries. There are many of the obstacles that 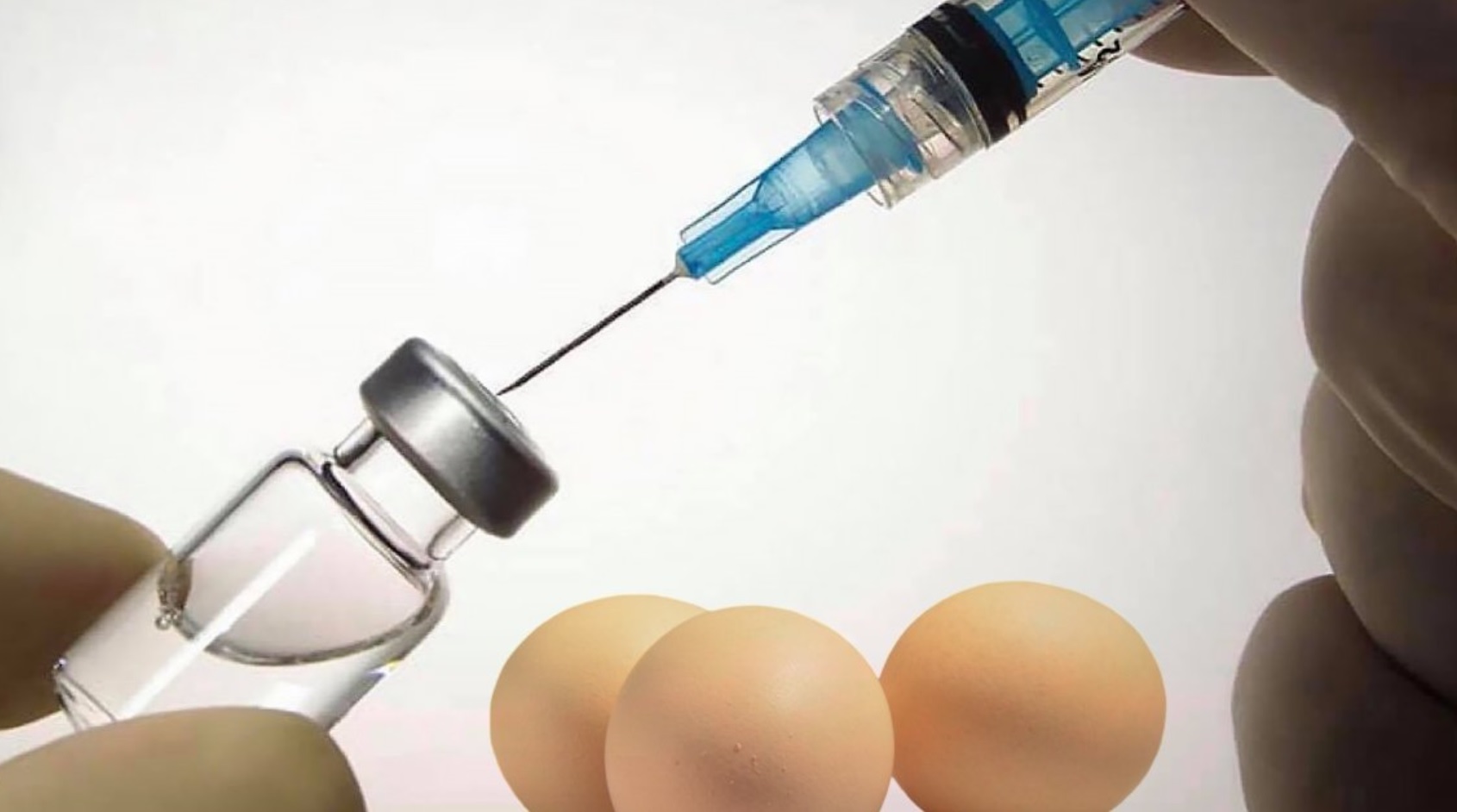 Chicken egg-derived immunoglobulin has been tested for use as a nasal vaccine.

According to scientists, herd immunity will be achieved if 70-80% of the world's population is vaccinated.

Today, the global average of this rate is less than 60%, and it does not exceed 10% in developing countries.

There are many barriers to mass vaccination, including population reluctance to vaccinate, lack of basic ingredients needed for vaccine development, and difficulty in storage and transportation conditions for vaccines.

Scientists face a serious challenge in developing effective, safe, easy-to-manufacture, and low-cost alternatives to classic vaccines to reduce the risk of infection with COVID-19.

It is known that the SARS-CoV-2 coronavirus enters the human body as a rule through the nasal mucosa, which contains an elevated level of ACE2 receptors.

The viral prickly protein binds to this receptor and uses it to enter cells, so nasally ingested antibodies can play an important role in preventing infection and transmission.

Nasal vaccines are used effectively to prevent many respiratory diseases in humans and animals.

The study authors devised a cheap way to generate large amounts of the antibodies used in rapid-acting nasal vaccines, and injected the SARS-CoV-2 protein receptor (RBD) into chickens.

2 or 3 weeks after this vaccination, sufficient levels of antibodies against SARS-CoV-2 were recorded in chicken eggs.

Phase I clinical studies have shown that these antibodies are safe and well tolerated in healthy people when given nasal drops.

Antibodies were administered to healthy adult participants in an escalating dose for 14 days, and all participants demonstrated a safe and acceptable profile.

One of the benefits of chicken antibodies is that they reduce the risk of severe immune reactions.

The researchers did not record in any of the participants an increase in the level of antibodies in the blood serum, which indicates that the antibodies work well at the level of the nasal mucosa and are not absorbed into the blood.

This is very important, as it rules out an inflammatory immune response.

This nasal vaccine can be used for a wide range of people, including people with weakened immunity, the elderly, people with rheumatoid arthritis, and children.

The only exception is people who are allergic to egg yolk.

Scientists have noticed that a nasal vaccine based on chicken egg immunoglobulin is effective against all strains of the Corona virus.