Ambiguity and discrepancy regarding the benefits and harms of electronic cigarettes

Is electronic cigarette a tool to quit smoking? A few days ago, the French health authorities rejected this argument, while Britain adopted this option, and this discrepancy reflects the continuing ambiguity about its benefits or harms after years of controversy. 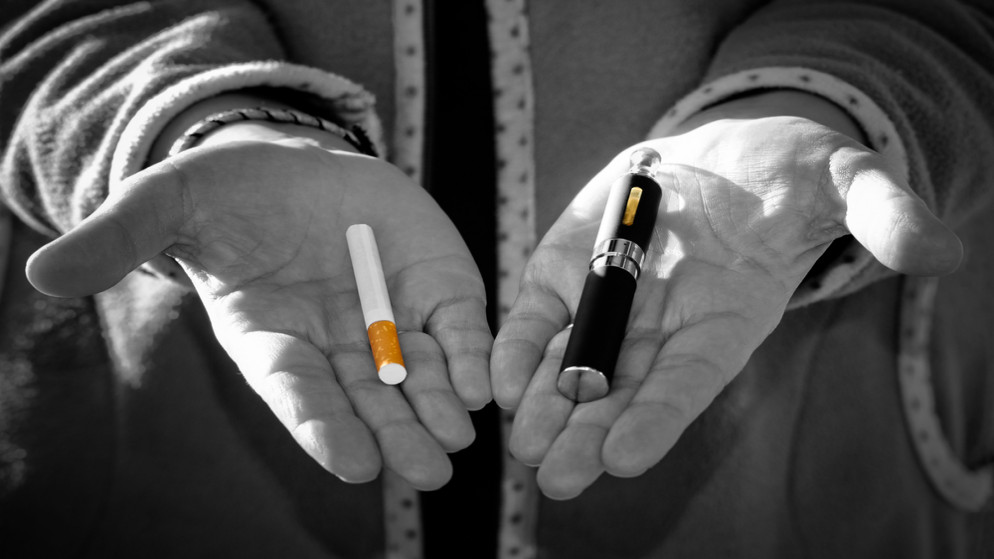 Ambiguity and discrepancy regarding the benefits and harms of electronic cigarettes

Is electronic cigarette a tool to quit smoking?

A few days ago, the French health authorities rejected this argument, while Britain adopted this option, and this discrepancy reflects the continuing ambiguity regarding its benefits or harms after years of controversy.

In a communiqué published this week, France's Supreme Council of Public Health considered that e-cigarettes "cannot until today be considered as tools to reduce the dangers associated with tobacco."

This clarification from one of the organizations that directs health policy in France is the latest answer to an old question: How advanced are these e-cigarettes over traditional ones?

Unlike regular cigarettes, e-cigarettes do not contain tar or carbon monoxide, which are the two main ingredients at the root of the myriad of cancers and cardiovascular diseases associated with smoking.

But often, they are infused with nicotine, the substance that leads to tobacco addiction.

Its vapor contains fine particles whose long-term effects are not known.

E-cigarettes have been the focus of controversy for years among several references, due to the lack of a conclusive and confirmed opinion about it.

In 2019, the French Academy of Medicine, for example, defended e-cigarettes against the World Health Organization, which deemed them "undoubtedly" harmful.

Not a tool for doctors

There are indisputable points. There is no doubt, for example, that e-cigarettes are much less dangerous than conventional cigarettes.

On the other hand, there is broad consensus that e-cigarettes are not considered an "innocent" product for common consumption, so they should not be recommended to non-smokers.

But between these two extremes, there are a whole host of questions for which there are no answers yet.

For example, does e-cigarette reduce the risk of young people starting to smoke or, on the contrary, encourage them to indulge in it?

Another question raised by the French health authorities this week is: Should an e-cigarette be suggested to a smoker to get him out of his addiction in the absence of better methods?

And her answer to that is refusal, which is a hardening compared to her previous position, as she considered, five years ago, that the electronic cigarette could be considered an "aid tool" to reduce consumption.

Certainly, health authorities do not rule out the possibility of electronic cigarettes helping some smokers to get rid of addiction, according to each case, but they refuse to make it a tool for doctors.

This position contrasts with the British position.

Britain is set to become the first country in which e-cigarettes can be prescribed medically, thus allowing partial reimbursement of its price from the insurance institutions in the health system.

It became this way as a result of the action taken by the British government in October 2021 to enable e-cigarette manufacturers to obtain approval for their products from the Health Products Regulatory Authority.

. This decision again caused sharp divisions in the scientific and medical community, and the government justified it with the findings of the ongoing scientific studies.

But the irony is that this same argument was used in France by the Supreme Council of Public Health in rejecting the recommendation of smokers seeking to quit using electronic cigarettes.

In fact, studies on this topic seek to be conclusive one way or another, although they have abounded in recent years.

There is "moderate" evidence that e-cigarettes are more effective for smoking cessation than other treatments, such as nicotine replacement, according to the scientific community, Cochrane, which conducts several studies on the same topic and regularly updates its data.

However, these studies and others remain cautious and their results do not provide the possibility of taking a conclusive opinion.