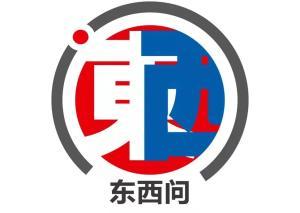 (East and West Questions) Archaeological Cultural Travel|Lou Jie: How does Hirayama Ikuo's love in Dunhuang inherit the cultural exchanges and mutual learning between China and Japan?

In the Dunhuang Mogao Grottoes, a world cultural heritage site, the "marks" of the late well-known Japanese painter Ikuo Hirayama are everywhere.

In the past 40 years, Ikuo Hirayama, who had screamed "Protect Mogao Grottoes as well as bankruptcy", has facilitated batches of "cultural messengers" to travel between Japan and Dunhuang.

Under his leadership, scholars have promoted cultural exchanges and mutual learning between China and Japan in the fields of Dunhuang studies, Buddhist art, fine art copying research, grotto archeology, and cultural relic protection.

Lou Jie, a research librarian at the Dunhuang Academy who has rooted in the Mogao Grottoes for more than 30 years, recently accepted an exclusive interview with China News Agency "Ask about East and West".

She said that the history of Sino-Japanese cultural exchanges continues from ancient times to the present, and the folk power in it is introverted and subtle.

Sino-Japanese cultural exchanges have continued from ancient times to the present, especially in the two and a half centuries from the beginning of the 7th century to the end of the 9th century. Japan has sent more than a dozen Tang missions to the Tang Dynasty. The Tang Dynasty is also represented by the monk Jianzhen. Many eminent monks and skilled craftsmen have arrived in Japan. The number of exchanges between the two sides, the scale, the time, and the richness of content, can be described as a grand event in the history of Sino-Japanese cultural exchanges.

This kind of cultural exchange became frequent again after the end of World War II.

In 1958, the Dunhuang Institute of Cultural Relics (the predecessor of the Dunhuang Research Institute) held the "Chinese Dunhuang Art Exhibition" in Tokyo and Kyoto, Japan, which caused great repercussions wherever he went.

Ikuo Hirayama, who was still an ordinary art student at the time, met Mr. Chang Shuhong, then director of the Dunhuang Institute of Cultural Relics, and agreed to go to Dunhuang.

In 1979, Hirayama Ikuo, who is already an outstanding painter, came to Dunhuang, which he dreamed of, and forged a "Dunhuang love" from then on.

After noticing that Dunhuang was a place where cultures gathered on the Silk Road, where civilizations from the east and the west merged and settled and reached Japan east, Ikuo Hirayama began to pay attention to the relationship between Japanese culture on the eastern section of the Silk Road and Dunhuang.

In the process of investigating historical sites along the Silk Road for many years, he put forward the idea of ​​"Cultural Property Red Cross" and worked hard to protect and rescue the Silk Road cultural heritage.

In the early 1980s, when Ikuo Hirayama was the president of Tokyo University of the Arts, he collaborated with Duan Wenjie, the dean of the Dunhuang Academy at the time, and the two institutions began frequent academic exchanges, which has been influential today.

In 1994, the opening ceremony of the Dunhuang Grottoes Conservation Research and Exhibition Center was completed.

Promoted by Ikuo Hirayama and funded by various Japanese consortia, the Tokyo University of the Arts and the Dunhuang Academy have been cooperating in many fields for nearly 40 years.

More than 60 scholars from the Dunhuang Academy have successively exchanged in universities such as Tokyo University of the Arts, which laid the foundation for the study of Dunhuang Studies and the entire Silk Road civilization.

Since the 1980s, the Dunhuang Research Institute and the Tokyo Institute of Cultural Heritage started scientific protection of the Mogao Grottoes.

So far, the two parties have signed four important cooperative protection agreements and conducted a series of cave surveys, the development and database production of the "Dunhuang Mogao Grottoes Mural Restoration Archive Management System", and the compilation of the "Sino-Japanese-English Mural Restoration Glossary" Wait.

The Dunhuang Research Institute cooperated with the Tokyo Institute of Cultural Heritage in Japan to conduct a multispectral non-destructive survey of Cave 285.

In 1988, Hirayama Ikuo accompanied Takeshita Toki, who was also prime minister, to visit Dunhuang, prompting the Japanese government to donate 1 billion yen to build the "Dunhuang Grottoes Conservation Research and Exhibition Center". The center has now become a window for the dissemination and display of Dunhuang art and culture at home and abroad.

In August 1994, the then Prime Minister of Japan Takeshita (first from right) had a cordial conversation with Duan Wenjie, then Dean of the Dunhuang Academy at Mogao Grottoes.

Hirayama Ikuo’s "Dunhuang Love" has witnessed the art and cultural exchanges between China and Japan. The prayers for peace and friendship and common cultural values ​​carried and contained in it have led generations of Chinese and Japanese friends to protect and promote the cultural heritage of the Silk Road for a new era." Contribute to cultural exchanges along the Belt and Road.

China News Agency reporter: The "Hirayama Yufu Silk Road Collection Exhibition" being held at Mogao Grottoes has experienced many difficulties and tests under the fluctuation of the epidemic.

What role will this exhibition play in cultural exchanges between China and Japan?

How will "Dunhuang Love" be passed on in the future?

repeated global epidemic has brought challenges to the preparation of the exhibition. Fortunately, many Chinese and Japanese departments have joined hands to provide assistance.

The determination of the Japanese team to overcome the pressure of quarantine and long-term quarantine and come to Dunhuang from a long distance is admirable.

Participants of the two countries respected each other, encouraged each other, and worked hand in hand to demonstrate the friendship that crossed all obstacles between the two sides during the special period.

On December 6, 2021, the Dunhuang Research Institute and Tokyo University of the Arts jointly held an online exchange meeting to "endurance" the Sino-Japanese Dunhuang cooperation project.

Next year, the two sides will continue to co-organize a series of exhibitions with the theme of "Hirayama Ikuo's World-Silk Road Art" to further promote cultural exchanges between China and Japan.

This year's exhibition received strong support from the descendants of Ikuo Hirayama.

Shouldering the wishes of the fathers, a group of Japanese friends crossed regions to promote traditional Chinese culture among the Japanese people.

It is believed that the successors who inherit this unique humanistic feelings will also contribute their own strength to the protection and research of the Silk Road civilization.

In June 2020, before the "From the Mediterranean to China: Silk Road Treasures-Cultural Relics Exhibition of Ikuo Hirayama Silk Road Art Museum" held at the Changsha Museum, experts opened the box to identify cultural relics.

China News Service reporter: As an important part of Chinese excellent traditional culture, what role does Dunhuang culture play in promoting the exchange of folk art between China and Japan?

Dunhuang is a symbol of the exchanges, mutual learning and inclusiveness of Chinese civilization in history, and it is also the cultural source of writing the spirit of the Silk Road in the new era.

In the context of the global epidemic, the promotion of Chinese culture requires Dunhuang's humanistic spirit of inclusiveness, openness, tolerance, and harmonious coexistence.

In August 2018, in front of the iconic "Nine-Floor Building" of Dunhuang Mogao Grottoes, a symposium on "Reviewing the Contributions of Mr. Hirayama Ikuo" was held.

Experts and scholars from China and Japan miss this master painting master who has been in Dunhuang for decades, cultural envoy of Sino-Japanese friendship, and guardian of world cultural heritage.

For cultural exchanges between China and Japan, the power generated by non-governmental exchanges is introverted and subtle.

Today, the seeds planted by Ikuo Hirayama and his predecessors in Dunhuang in their early years bear fruit. With the active promotion of Dunhuang researchers, Dunhuang culture has once again shined. I believe Ikuo Hirayama, who has dedicated his life to protecting Dunhuang cultural relics, will also be deeply gratified.

Lou Jie is in Dunhuang.

In the 1980s, Lou Jie, who graduated from the Oil Painting Department of Xi'an Academy of Fine Arts, came to Dunhuang with the dream of an artist. In 40 years, he completed the reproduction of 15 original large caves and more than 2,200 copies of murals.

From 1994 to 1996, she worked as a visiting researcher at the Japanese Painting Department of the Faculty of Fine Arts, Tokyo University of the Arts, where she conducted research on the copying of Japanese paintings and ancient murals.