Juanma Castaño has spoken in an interview about Verónica Forqué and her time at MasterChef Celebrity 6. The winner of the &amp; apos; talent show &amp; apos; Culinary of La 1 visited on Monday ... 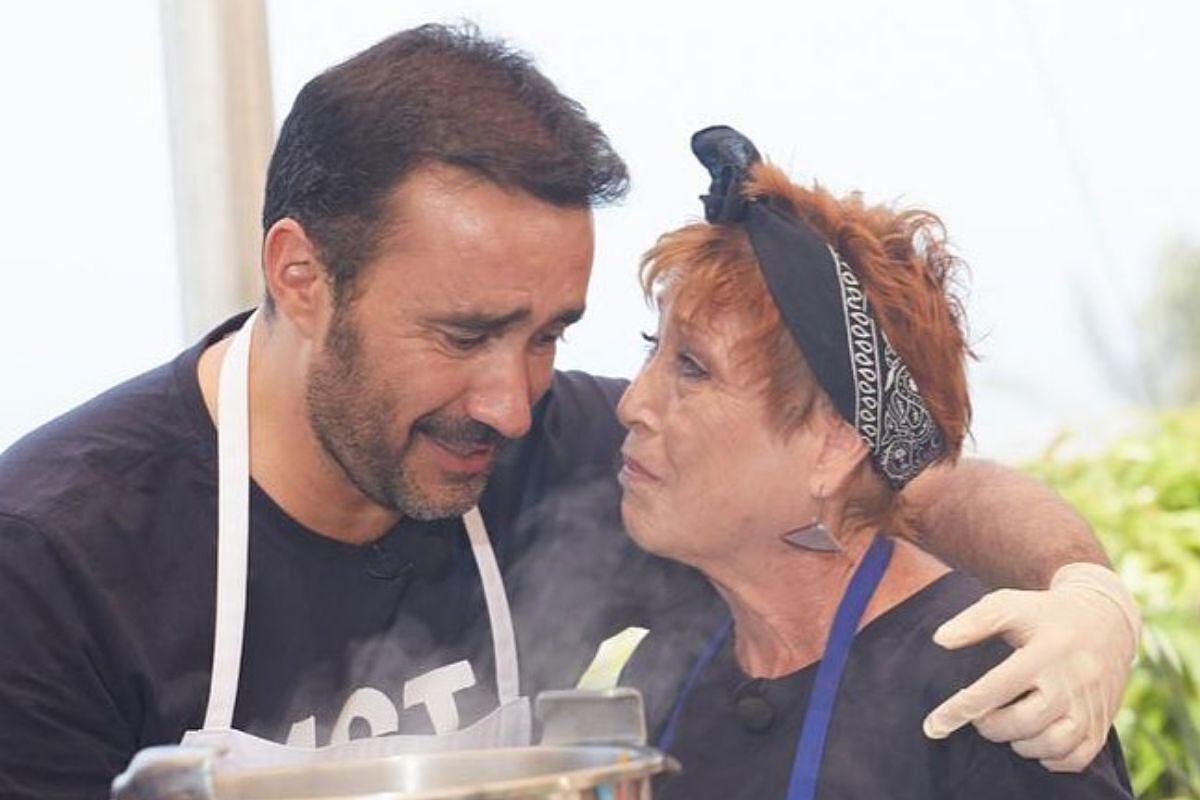 has spoken in an interview about

and her time at

winner of the culinary talent show of

visited the studios of the radio program

There he confirmed that the actress

infected him with the coronavirus

The Asturian wanted to address the commented speech that the interpreter gave when he reappeared in the format to announce his final abandonment, saying: "

I can't take it anymore

After hearing her statements again in the semifinal, he indicated: "That testimony was true, but it is that

... Let us make it clear that at the time of this testimony she no longer had it."

The sportscaster admitted that

was infected in Tenerife, where they recorded an outdoor test, and did not want it to be known.

had to stop for a time for this reason.

shared: "I think I have the moral authority to speak in the first person about what happened, because I was there.

Verónica Forqué hit me with the Covid

stopped those two weeks in July."

Later he recalled that many people had linked the actress's words to depression and mental health problems.

"I don't get into those opinions, but there

the fatigue she was and how dusted she was was because three people from the program had just left the Covid: her,

and me. The recordings were stopped and we returned after testing negative ", he exposed.

The winner of the format pointed out about the abandonment of his partner: "

said she couldn't because she was devastated by the Covid, like I was and

. I started recording without smell and taste. And I told them 'it's that no I can cook, I just don't know if things are bland or salty. 'But

is here referring to the fatigue that the Covid had caused her. "

uploaded a publication to

with several images of him and

He wrote after learning of the death of the interpreter: "

. One of the most beautiful and special people I have ever met in my life."

: you made me laugh, scream, reflect and almost cry. In this difficult moment, a hug to her family and closest friends. We say goodbye to an incredible actress, an unrepeatable character, the

. There will be no other like it ", he finished.

His appearance in MasterChef Junior 9

appeared in the first installment of

, broadcast on Monday, December 20 on

The two winners of

visited the kitchens together with

, during the last test of the night.

The sportscaster spoke with

, an aspirant who is of Asturian origin, just like him.

"You have the face of being from

... Milongas are not worth here. As long as you don't win, don't go back to Gijón," he said with humor.

TvMasterChef Celebrity: stars and 'starlets' of the reality show that they call talent

TelevisionVerónica Forqué and mental health turned into a show: "There was not a good psychological evaluation in MasterChef"