The amazing volcanoes of Venus

The volcanic activity of Venus has been very important during its geological history. New results now show that at least one of its volcanoes, 2,500 meters high ... 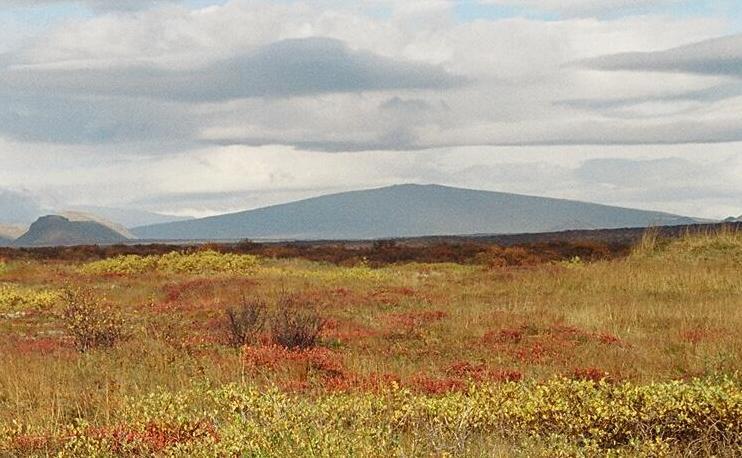 The volcanic activity of Venus has been very important during its geological history.

New results now show that at least one of its volcanoes, 2,500 meters high, could still be active.

Now that the La Palma eruption has brought volcanism to the fore today, it's a good time to ask yourself what happens to volcanoes elsewhere in the solar system. It is known that Io, one of the large moons of Jupiter, has intense volcanic activity and that

. But, without a doubt, apart from these bodies, the one that arouses the greatest interest in their volcanism is Venus.

Contrary to what happens in other planets in the solar system, the surface of Venus has hardly any impact craters, which indicates that its orography has been completely renewed in the last 500 million years.

is no very significant plate tectonics on

, so every few hundred million years, the heat accumulated under the surface takes the internal pressure to a limit value and the planet enters a state of generalized eruption.

Its numerous volcanoes eject enormous amounts of lava that renew the planetary surface, erasing the craters that could have been produced by impacts of meteorites and asteroids.

Some 1,600 large volcanoes have been cataloged on Venus, in addition to hundreds of thousands of smaller volcanoes.

Astronomers have been debating for years whether any of these volcanoes may be active today.

Venusian volcanoes are of the type called 'shield volcano', similar to those of the Hawaiian Islands.

They are large in size and are made up of successive layers of basalt.

comes from the Icelandic volcano Skjaldbreidur

, whose name means 'wide shield' because its shape is reminiscent of a warrior's shield placed horizontally.

One of these shield volcanoes is the Idunn Mons peak, which, located in the southern hemisphere of Venus, is about 2,500 meters high and about 200 kilometers wide at the base.

at the top on the flanks of the volcano, suggesting that the volcanic deposits could be recent.

According to the analyzes carried out at the time, some of these lava flows could be less than 2.5 million years old and, quite possibly, less than 250,000 years old.

Now, a team coordinated by Piero D'Incecco (University of Annunzio, Italy) in which Iván López of the Rey Juan Carlos University of Madrid collaborates, has gathered data of all kinds on the atmosphere and the surface of the planet and has carried out experiments in laboratory trying to explain the origin of infrared anomalies. In their experiments, they heated volcanic rocks to very high temperatures to observe how they were altered in the conditions of the atmosphere of Venus, which is very caustic, sulfurous and rich in carbon dioxide. These new analyzes

, much less than the 250,000 years postulated in previous studies, and may even be being caused by ejections that occur today.

Recreation of a volcanic eruption on Venus.ESA / AOES

In the same study, atmospheric data was used to study wind speeds in the region around Idunn Mons. They found that the winds there are particularly slow, which could be related to the heat given off by recent lava flows.

And finally, they also

found fractures in the region's surface

that appear to be related to some tectonic activity coinciding with volcanic activity.

All this added, the researchers conclude that Idunn Mons has been active very recently, from about 10,000 years ago until recently.

It could even be active today.

It is an extremely comprehensive study that convincingly shows us, for the first time, that

on a planet other than Earth.

For the next visits to Venus

The region around Idunn Mons, so geologically young,

should be one of those that is being studied with priority

with the help of the space probes that both NASA and the European Space Agency (ESA) plan to send to Venus in the near future. .

Volcanoes provide large amounts of energy, one of the ingredients that, together with organic chemical compounds and water,

are considered essential for the emergence of life

Recall that the possible signs of life on Venus have been hotly debated for the past few months.

The article by D'Incecco and colleagues, titled

has been published in a recent issue of The Planetary Science Journal.

The manuscript can be consulted at this link.