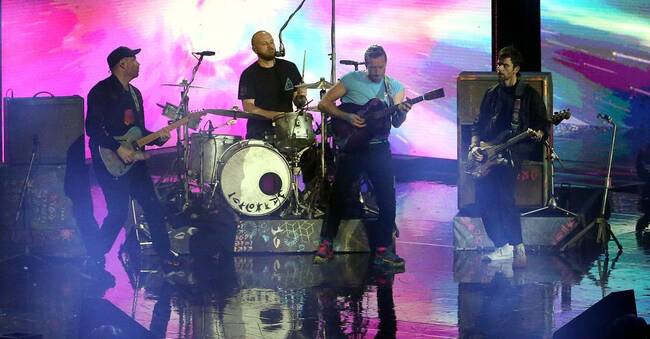 Some of the world's largest record companies have joined forces in a joint climate pact to reduce the music industry's carbon dioxide emissions.

Sony Music, Universal Music Group and Warner Music Group are the major record companies that signed the agreement, along with a number of independent companies.

The companies commit themselves to cutting their emissions by 50% by 2030, and have set a target of zero emissions by 2050.

The large emissions from the music industry today come, among other things, from tours and the electricity services' streaming consumption.

Among the points in the agreement, it says that with the help of science, tools will be developed to measure the music industry's carbon dioxide emissions and work together with streaming platforms to reduce the climate footprint.

One must also support artists who want to raise the climate issue and be open with the music industry's climate impact in relation to consumers.

Coldplay will use recycled stage

From an artist's point of view, various climate initiatives have been taken recently.

The British band Coldplay announced last autumn that they will try to halve CO2 emissions for their upcoming world tour.

A special floor will make use of the kinetic energy that visitors create in the concert arena, energy that will be used on site during the performance.

The stage construction must consist of recycled materials.

The tour plan is added to reduce the number of flights and the band plans to plant at least one tree per concert ticket sold in climate compensation.

Fans who travel to the gigs in a carbon-efficient way and register it in an app will also receive a discount.

Kulturnyheterna has searched the Swedish branches of Sony, Universal and Warner to hear how they will work with the Music climate pact.