Verónica Forqué's unfinished project: she had already recorded part of her animated series for HBO

The professional value and acting career of Verónica Forqué are well known and will be justly remembered in the coming days as one of the greats of our ... 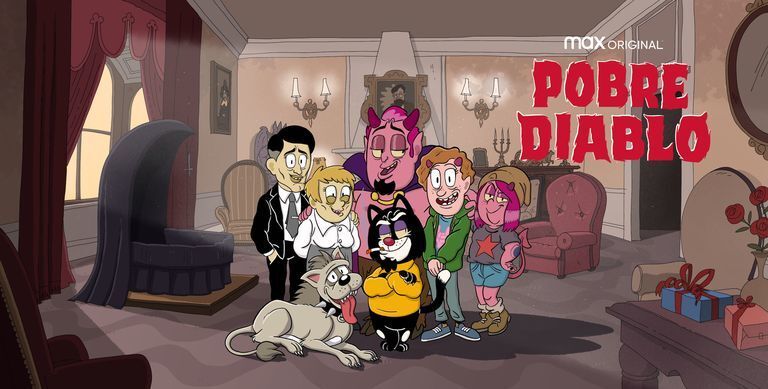 The professional value and acting career of Verónica Forqué are well known and will be justly remembered in the coming days as one of the greats in our country.

So say the experts, the awards and the public.

So far nothing more to contribute.

But before her death, the Madrilenian had embarked on a new adventure: the jump to animation.

. She was going to be Rose, one of the protagonists of

the animated fiction in which Ernesto Sevilla and Joaquín Reyes are already working and which the platform announced last October during their landing in our country.

This project, created by the two comedians that

turned into stars and by Miguel Esteban and produced by Buendía Estudios, is

although its release date. The first animated series that the North American multinational was going to develop in our country and would have Verónica Forqué as one of its protagonists.

The series, which will have eight 20-minute episodes, is currently in production, as explained by the producer, and the actress had already recorded part of her character's voice. But he still had a few scenes to dub.

, say from Buendía Estudios on the possibilities for the future.

The Madrilenian, found dead this Monday at her home, had already had some previous experience in character dubbing, although not in this case of animation. His was the voice of

It had been, in fact, the director himself who had selected the actress for the job because of the similarity of the voices of both. But the result was not as expected and this dubbing is always remembered as one of the most controversial in our country.

Verónica Forqué's new jump was one more step in her career, introducing herself into animation by the hand of Sevilla and Reyes.

Alongside her, the cast of

to tell the story of a normal-looking boy who turns out to be the Antichrist. The boy has just turned 665 months and he has one month left to fulfill his destiny of plunging humanity into chaos and causing armageddon, although his only goal is to participate in a Broadway musical

takes to the extreme the stereotype of following in the footsteps of your parents and does it in a very funny way, following the rich tradition of WarnerMedia adult animations", Miguel Salvat explained last October in the presentation of HBO Max in Madrid on the series produced by Buendía Estudios and

whose animation works will be developed by Rockyn Animation from Granada

'Bootcamps' From waiter to programmer: the 'military' trainings to change professions

Politics Out in the open and without defrosting