Trump attacks his old friend Netanyahu and curses him with a profanity... So what's the story between them?

The pioneers of social networks in the Arab world interacted with the news of former US President Donald Trump attacking his old friend, former Israeli Prime Minister Benjamin Netanyahu, and insulting him with a profanity. 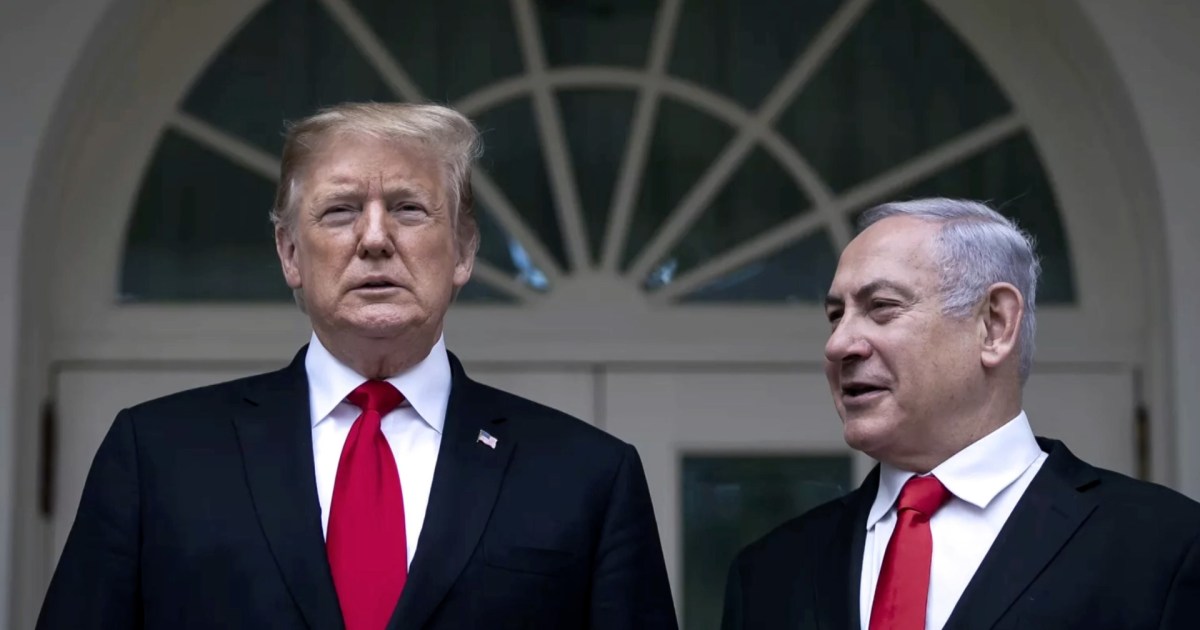 And the eighth bulletin, "Nasratkoum" (11/12/2021), followed the interaction of social media pioneers with Trump's attack on Netanyahu during his first interview with Israeli journalist Barak Ravid, who published a few days ago the book "Trump's Peace... Abraham's Agreements and the Reshaping of the Middle East."

"Trump criticized Netanyahu repeatedly during two interviews for my book," Ravid said, adding that "the last straw for Trump was when Netanyahu congratulated President-elect Biden on his election victory, while Trump was still opposing the result," and Trump was quoted as saying, "The first person to congratulate Biden was (Benjamin) Bibi Netanyahu, the man for whom I have done more than anyone else I have ever dealt with... (Bibi) could have remained silent, he made a grave mistake."

For his part, former Israeli Prime Minister Benjamin Netanyahu commented on Trump's attack on him, and Israeli media quoted Netanyahu's response, which said, "I highly appreciate Trump's contribution to Israel, but I really appreciate the importance of the strong alliance between Israel and the United States, and therefore it was important to congratulate the next president." .

The attack and insult of Trump, his old friend Netanyahu, witnessed wide interactions among the tweeters in the Arab world, including the tweet of activist Abdul Aziz Al-Tuwaijri, who wrote, "What is built on falsehood is false, #Trump is launching a scathing attack on Netanyahu."

In turn, the tweeter Saleh Al-Naami said, "The Zionist journalist Barak Ravid reports in his book "Trump's Peace" - who followed the path of normalization - that Trump told him that he pushed the Arab rulers to normalize, and recognized Israel's sovereignty over Jerusalem and the Golan in order to improve Netanyahu's chances of winning, but Netanyahu betrayed him and congratulated Biden With his victory, Trump hired the rulers in the Zionist auction at the cheapest price.”

As for the writer Radwan Qassem, he tweeted, “Netanyahu responds to Trump’s insult, who cursed him and accused him of Nakir Gemayel that he highly appreciates what US President Trump has provided to Israel, and because there is strength in the relationship between Israel and America, he must congratulate the new president, Joe Biden. Here, Israel appears affiliated with the United States.” United, and not the other way around, as some think.