Young 'tekies' who will change the world: "If you make mistakes, learn and try again"

A stream of positive energy runs through the modern photography studio where these four women have gathered. They are talents who have founded related emerging companies ... 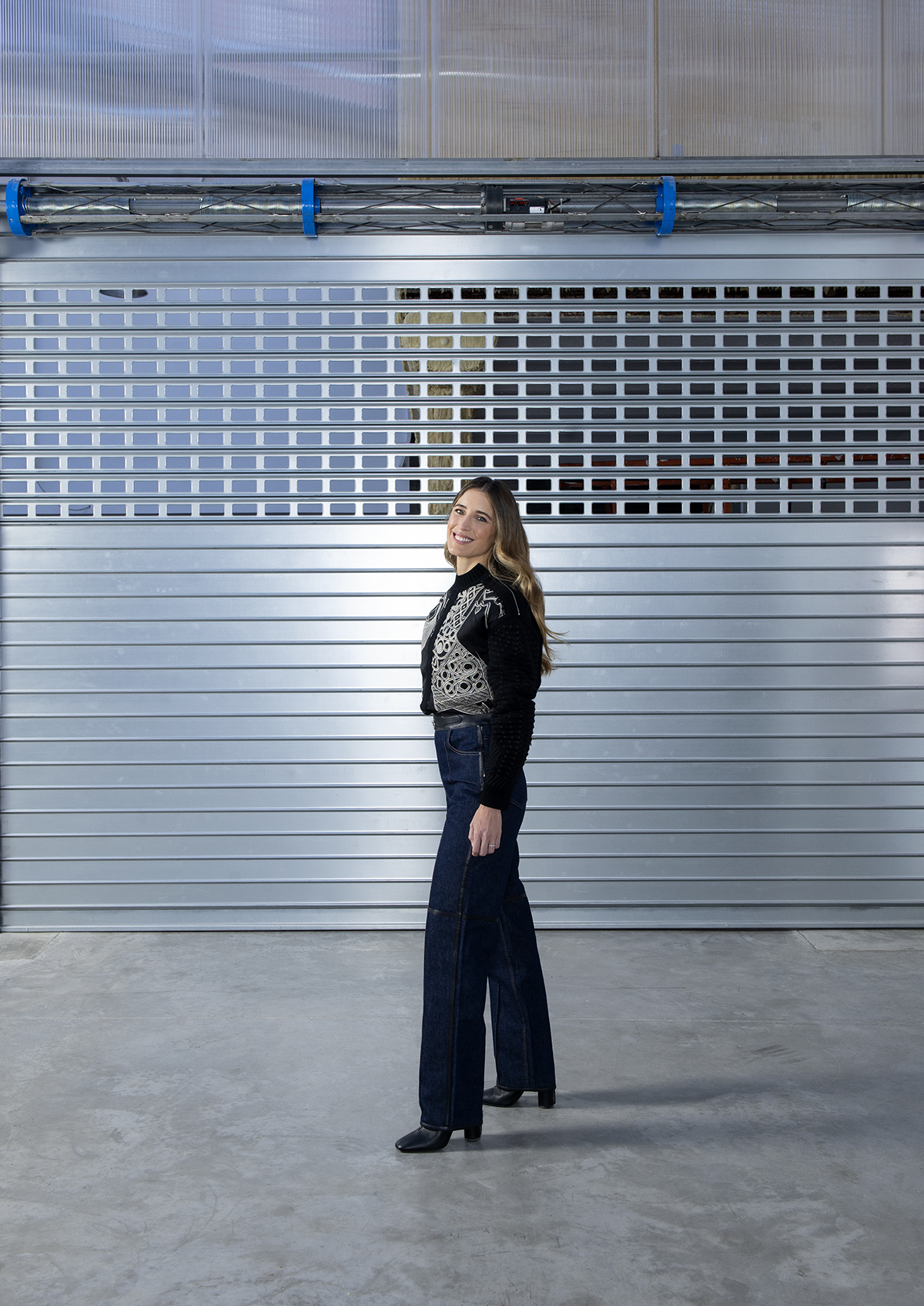 A stream of positive energy runs through the modern photography studio where these four women have gathered.

They are talents who

And now your entrepreneurial dreams are already counted as success stories.

uses AI to detect this difference in learning, and

aspires to make renewables the main energy on the planet.

The South Summit 2021 Entrepreneurship Map, a benchmark for startups, highlights the

that the Spanish entrepreneurial ecosystem still suffers: only 20% of those who create startups are women.

THE IMPORTANCE OF EDUCATION

Andrea Barber summarizes an idea that they all share: encouraging young women to undertake technological projects.

"There is much to do.

You have to start from education and culture, and make entrepreneurship visible as one more option at school and university. We must also show more references of entrepreneurs and women in STEM careers »[Science, Technology, Mathematics and Engineering].

international experience, great knowledge of their sectors and more awards than we can mention.

Andrea Barber occupies number 30 in the list of the one hundred most influential economic leaders in Spain of the Choiseul Institute, and is among the 25 executives who lead the digital transformation of companies in Spain, according to the Institute Coordinates of Governance and Applied Economics.

RatedPower is distinguished by pvDesign software, which has revolutionized the way

“In just a few minutes we transformed the work of several weeks of an engineering team.

We analyze many more projects and possibilities in less time, and we make these assets more efficient and profitable, ”says Barber.

THE LEADERS OF CHANGE

The verb analyze is very relevant to them.

Saturno Labs, the startup created by Natalia Rodríguez, included by Forbes in its list of the 21 protagonists of change in Spain for 2021 and in the ranking of the 100 leading women in Spain, works with data.

use of cutting-edge technology

, which is sometimes in the research phase, we can develop more complex projects, spanning the entire value chain."

Natalia Rodríguez with a dress and sandals from Zara.

In sectors such as health, they put their knowledge at the service of doctors or psychologists to guide them on needs that must be resolved.

As an example, an

to be implemented in several public hospitals in Madrid, for which they have partnered with a team of experts from the Institute of Health and Emotion Psychology, with Dr. Marta Redondo to the head.

In addition, Saturno Labs has been selected by Amazon to participate in an international campaign as one of the

Research is also Luz Rello's field: "When the studies I was conducting on dyslexia gave results, I decided to

put them at the service of people."

Change Dyslexia has developed Dytective, a scientifically validated cognitive training tool: it is the first time that AI has been used to improve literacy skills and detect dyslexia.

Luz Rello with a total look by Mirto.

a free screening test that in a few minutes indicates if there is a risk of dyslexia,

and that has already been used by more than 320,000 people around the world. Luz Rello, recognized with the Unesco King Hamad Bin Isa Al-Khalifa Prize for the use of AI in education, admits that the challenge has been to make her company sustainable: “It is not easy to create a business model with a mission Social".

Irene Hernández, founder of the cybersecurity firm Gataca, is one of the 21 leaders of change in 2021 for Forbes magazine.

a common type of cyber attack, prompted her to investigate and apply blockchain technology, which she already knew from her work at the Massachusetts Institute of Technology (MIT), to investigate the processes. decentralized authentication.

Irene Hernández wears pants and top from Zara, and shoes from Uterqüe.

Gataca, a company that was born in Boston but is based in Madrid, has been working for

and is one of the three companies that helps the European Commission to define the technical specifications of this decentralized digital identity, which involves more security for both citizens and customers.

The startups of these four entrepreneurs are engines of change.

For them it is very important to lead by example.

Andrea Barber and two friends from the tech

ecosystem have gone further and created the

to give visibility to women's entrepreneurship: "It was a response to the lack of references that we had found."

Founder and CEO of Gataca.

Master in Aeronautics and Master in Telecommunications Sciences.

Winner of the Vertical Connectivity and Data of South Summit 2020. Prize at the European Blockchain Convention 2020.

Between fitting clothes and exchanging experiences, they talk about the challenge that is the beginning.

They advise locating programs or accelerators that offer

But not only that.

Natalia Rodríguez admits: «It was key to find what filled me up, why I did it and with whom.

After spending time with a family member in a hospital, I decided that I wanted to help others with technology.

Regarding the beginning, Luz Rello observes that “nobody talks about the stumbling blocks that are committed along the way.

The beginnings are always hard and you have to give your all, and many times ».

Still, his message is firm:

"If you have a dream, pursue it,

and if you make mistakes, learn from them and try again."

Founder and CEO of Change Dyslexia.

Madrid, 1984. Doctor in Computer Engineering and degree in Linguistics.

In addition to the Unesco award, it was the Princess of Girona Award in 2016 and the Innovators Under 35 Award by MIT Technology Review in 2014.

All could have had a promising career in a large institution or company, like Irene Hernández in the US.

For the founder of Gataca it was clear: «In a large company it takes time to consolidate a position where your work generates a social impact, and I want to see that impact.

I am restless, I am going, "he

Double Master in Telecommunications Engineering and in Signal Theory and Communications - Signal Processing and Machine Learning for big data.

He is pursuing a doctorate in Neuroscience and Psychology.

UU Prize to the revelation company 2020 with recognition from Harvard Business School.

The startups are going to all of them.

They learn from everything.

meeting with other people,"

And Andrea Barber thus encapsulates the force that moves them, so inspiring: "The more women in technology who undertake and are business leaders, the more natural it will be for others to choose this path."

Co-founder and CEO of RatedPower.

Chosen in recent years by Forbes as one of the hundred most creative minds in business and the first Spanish winner of the Cartier Women's Initiative award.

A story to dream big

LifestyleMiriam Gutiérrez, from victim of abuse to boxer coach: "There are only two options, break or get up"