The shell of Ahmed Refaat and the crying of an Algerian fan.. This is how the tweeters interacted with the most prominent clips of the Arab Cup

Arab interactions continue on the 2021 Arab Cup, which will be held in Doha, where the pioneers of communication networks in the Arab world interacted with the matches and their results, highlighting the qualification of 4 teams to the quarter-finals of the Arab World Cup. 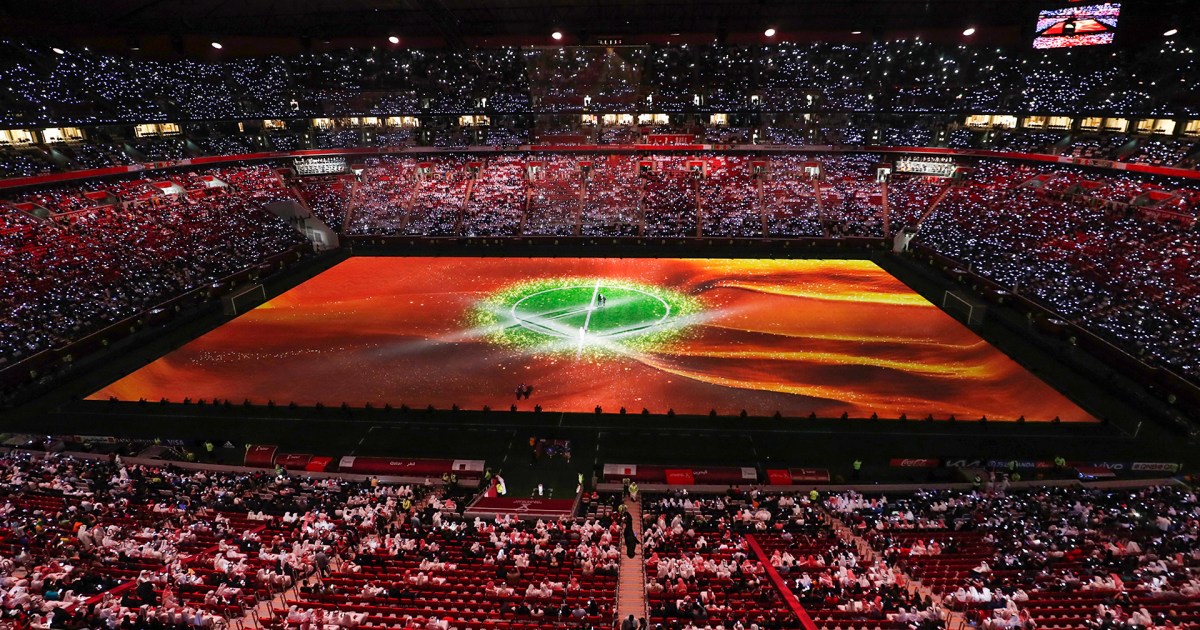 The eighth bulletin, "Nashratakum" (2021/12/5) followed the interaction of the pioneers with the activities of the tournament and its most prominent scenes, which provoked wide interactions on the communication platforms in the Arab world. The Lebanese in the second round of the fourth group of the Arab Cup.

A video clip also showed the enthusiasm of the Algerian fans in the stands after the anthem was played, who were decorated with their team's shirts and raised their flags, at a time when one of the fans could not contain himself and began to cry.

The pioneers of the communication networks also interacted with a video clip showing the goal of the Egyptian national team player Ahmed Refaat during his team's match against his Sudanese counterpart, which ended in a landslide victory for the Pharaohs, 5 goals to zero, and singers considered the goal one of the most beautiful goals of the tournament and described it as a missile shell from Ahmed Refaat.

In turn, the Supreme Committee for Delivery and Legacy reviewed Stadium 974 - one of the 2022 World Cup stadiums in Qatar - in a special tour among all its parts, as it hosts a number of the current Arab World Cup matches being held in Qatar, and the committee published - through its official account on Twitter - a new and unconventional video clip. The stadium is shown in detail from the inside, by quickly moving the camera between its parts, its stands and its interior rooms.

Among the interactions about the Arab Cup, activist Rakan Al-Jabr said, "What is this tournament, whose goals are better than the second? I began to doubt the level of the guards."

As for the singer Osama Mamoonim, he wrote, "The Arab Cup _ 2021, the curtain fell on the second round of the Arab World Cup, so that four teams (Morocco, Qatar, Egypt, Algeria) qualified early before entering into the complex calculations in the last round."

For his part, activist Hamad Al-Mohannadi tweeted, "The Arab Cup is an experimental tournament to see the country's preparations to host the World Cup, to try some things, such as the fan's card, the method of transportation, etc.. Its feasibility is evaluated. Cancellation of the fan card is part of the evaluation of the experience."

Activist Ahmed Helmy wrote in his tweet, "It is not a shame that it remains an experience, and the entire Arab world helps an Arab country in its success at the global level. Thank you to all the countries of the Arab world, and thank you Qatar for the beautiful organization."

In turn, the singer Muhammad Al-Arabi commented, "Ahmed Refaat entered history from the first match, and there is no consolation for his team, Eli, who sold it for free."