In 2017 Protestantism celebrated 500 years of history in style. The revolution that Martin Luther started in 1517 by hanging his 95 theses on the door of the church of ... 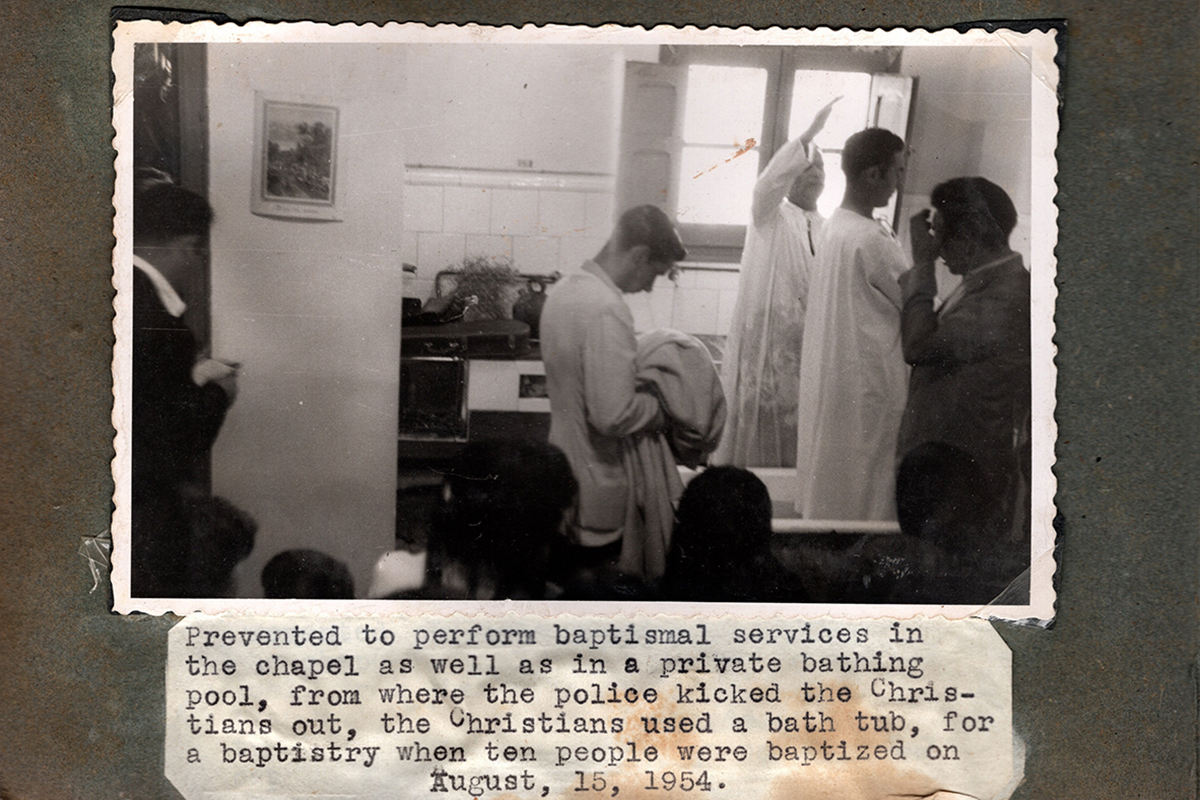 500 years of history in style

against Rome and its excesses

changed the course of the world: it anticipated the Enlightenment, it was a shock to the Vatican and the beginning of a more society modern. At the great celebration, four years ago, of the

in Madrid was attended by the then Minister of Justice Rafael Catalá on behalf of the government, but no other political leader.

Why is this ignorance due to a faith that more than a million and a half people profess in Spain?

A foreign religion for foreigners "

, director of the documentary

in which he denounces

the intolerance and persecution

to which the communities and their believers were subjected, especially during the Franco regime.

The revolution that Martin Luther started in 1517 and that divided Europe in two quickly reached Spain through books, printed matter and pamphlets, but

was in charge of persecuting it fiercely.

, when the liberal revolution brought with it a Constitution that, for the first time, recognized religious freedom for foreigners. The Welsh missionary

was one of the first to set up parishes, schools and two hospitals in Barcelona.

"Until the Second Republic, which was received with joy by the Protestants, the religious freedom of the Spanish was not recognized for the first time," explains Casals. But

. "If on the Republican side the Catholics suffered severe persecution, on the national side,

the temples and schools were closed and many faithful and pastors were executed or exiled,

" explains Casals. The most emblematic case is that of the Anglican Reverend from Salamanca Atilano Coco, shot for being a Protestant, a Freemason and a Republican.

During the Franco regime, the Protestants became suspects

explains the art historian Daniel Giralt-Miracle in the documentary. The Spain that boasted of being the "spiritual reserve of the West" did not tolerate a religion that it considered foreign.

"Except in Madrid, where the regime had to preserve appearances so as not to inconvenience the ambassadors, Protestant work in the rest of Spain was clandestine until 1945.

Cults had to be held in homes, and the faithful were fined for participating in meetings. clandestine, "explains Casals. The defeat of Franco's allies in World War II forced the regime to allow the reopening of the temples, but not the schools.

After the Second World War, the Fuero de los Españoles brought a certain religious tolerance, but the attacks against the temples continued and it was normal for them to wake up with broken and painted windows.

"Down with Luther and his family", "Go to England" or "Long live the Pope"

were some of the usual messages. The documentary points out that the fact that there was no religious freedom was decisive for

Spain to be left out of the Marshall Plan.

"The United States Congress approved the inclusion of Spain, but the Spanish Protestants informed the White House of the persecution they suffered. The then president,

Harry S. Truman, who was a Baptist,

He sent an emissary to Spain and certified the situation.

Truman urged the regime to allow religious freedom, but in the face of the bishops' refusal and the Vatican's silence, Spain excluded itself from aid, "explains Casals, who also recalls an incendiary pastoral by the Archbishop of Seville in 1947 after which he started a wave of attacks and assaults on the temples.

A Protestant baptism celebrated in a house in 1953.

What was the persecution of the Spanish Protestants? The Catholic religion was present in so many aspects of daily life during the Franco regime that Protestants were punished in various ways, such as having to

or to register a newborn with a name foreign to the saints, like Lidia. Nor were Protestants buried alongside others:

their place in the cemetery was alongside abortions, suicide bombers, agnostics, and Jews.

The most difficult situation was lived

in the military service, which ended with the swearing of the flag and a mass

, in which the soldiers had to kneel. "Failure to do so because it violated his conscience and convictions could lead to the opening of a court martial, and spending

months and even years in prison,

" recalls Casals. The persecution abated somewhat with the Second Vatican Council and the opening of US military bases in 1953, but hostility continued. The intolerance lasted until 1973, two years before Franco's death, when a Methodist pastor from Barcelona was prosecuted by the Public Order Court for an article in which he denounced the lack of religious freedom published in an internal magazine.

To speak of Protestantism today is to speak of a multitude of branches: there are liberals, conservatives and fundamentalists, who make a literal reading of the scriptures. To the historical churches (

) are added others that have emerged in the last 150 years:

There are an estimated 800 million Protestants, about 37% of the world's Christians. In Spain, the proportion is lower: there are

, according to the Pluralism and Coexistence Foundation, which depends on the Ministry of the Presidency. It is estimated that,

of all the churches, some 3,000 have opened in recent years as a result of immigration

. By communities, the leader is Catalonia (943) followed by Madrid (807), Andalusia (693) and the Valencian Community (495). Although it is difficult to know exactly the number of Protestant faithful, it is estimated that they are close to one and a half million. "The Protestant and Evangelical Churches have defended full religious freedom in Spain for a century and a half, and have suffered intolerance and persecution in the first person. And yet these are absolutely unknown facts," says the director of the documentary.

the most flagrant case of discrimination is that Social Security did not recognize the job category of pastor until the late 1990s.

"Many of the retired pastors with whom we have spoken do not receive a public pension, despite the fact that this was recognized in April 2012 by a judgment of the Strasbourg Court, which the State continues to not apply," he denounces. "In the documentary we have interviewed 12 testimonies who suffered intolerance and repression in the first person. There are different prisms:

those who consider that there should be an institutional gesture of reconciliation on the part of the State and the Catholic Church,

and others who assure that they do not expect anything from this world.

they feel treated by the State as a second-class religion,

MusicMetallica, Dua Lipa, C Tangana ... The stars of the summer in which we will return to the festivals