Multiple locations announced the results of the source of the epidemic. The Manzhouli epidemic virus is a Delta mutant

(Fighting New Coronary Pneumonia) Many places announced the results of the source of the epidemic. The Manzhouli epidemic virus is a Delta mutant strain   China News Service, Beijing, December 4th. Comprehensive news: The National Health Commission of China notified on the 4th that 90 new cases were confirmed in mainland China on the 3rd, including 15 imported cases and 75 local cases. There were 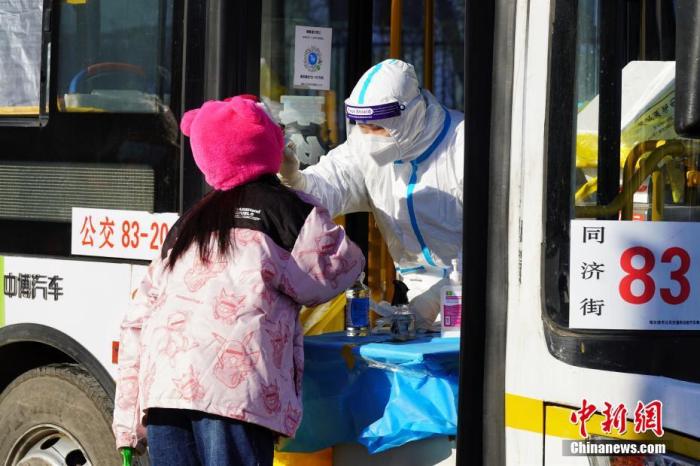 (Fighting New Coronary Pneumonia) Many places announced the results of the source of the epidemic. The Manzhouli epidemic virus is a Delta mutant strain

China News Service, Beijing, December 4th. Comprehensive news: The National Health Commission of China notified on the 4th that 90 new cases were confirmed in mainland China on the 3rd, including 15 imported cases and 75 local cases.

There were 19 new cases of asymptomatic infections, of which 13 were imported from abroad and 6 were from domestic.

There are 417 confirmed cases imported from abroad, and a total of 10242 cases have been confirmed, with no deaths.

With the gradual expansion of the scope of the epidemic, the number of medium- and high-risk areas in Mainland China has increased to 34.

Among them, there are 8 high-risk areas, 7 in Manzhouli City, Inner Mongolia, and 1 in Longchuan County, Yunnan Province.

In Inner Mongolia on the 3rd, there were 61 newly confirmed local cases, all of which were reported by Hulunbuir, including 58 cases in Manzhouli City and 3 cases in Xinbarhu Right Banner.

According to the latest news, Manzhouli City added 17 local confirmed cases and 3 asymptomatic infections from 0-14 on the 4th.

Manzhouli City notified on the 4th that after genetic sequencing, all the new coronaviruses infected by the confirmed cases in Manzhouli belonged to the Delta mutant strain, which is "a new import of new coronaviruses overseas through people or things."

It is preliminarily speculated that the source of infection in Shijiazhuang cases is Manzhouli, with 15 cases associated with Manzhouli in Harbin City

Shijiazhuang City notified on the 4th that all the new cases were workers at an electronic construction site in Luquan District. The 4 persons were a couple and a mother and child. The home addresses were all in Qiqihar City, Heilongjiang Province.

One of them was a close contact of Liu XX from Dongshan Street (high-risk area) in Manzhouli.

Therefore, it is preliminarily speculated that Liu Moumou was the source of infection for this local confirmed case in Luquan District, and further confirmation will be made after the gene sequencing results come out.

In Harbin, Heilongjiang Province, 5 local confirmed cases were added on the 3rd, all of which were discovered during the intensive isolation and observation period, and they were Manzhouli-related cases.

So far, 15 cases have been linked to the epidemic in Harbin and Manzhouli.

There was a new local asymptomatic infection in Shanghai on the 3rd, who was a close contact of Case 2 confirmed on December 2.

Shanghai reported on the 4th that the 2 local confirmed cases reported in Shanghai on the 2nd were due to a mother-daughter relationship.

After genetic sequencing by the Shanghai Centers for Disease Control and Prevention laboratory, the two infected with the virus were mutant strains of Delta. The source of their infection does not rule out the possibility of exposure to an environment contaminated by imported viruses abroad.

Guangzhou City held a press conference on the 4th and stated that the city had an additional local confirmed case on the 3rd, which was an inbound quarantine hotel worker.

The gene sequencing results showed that the infection of the Delta mutant strain was highly homologous to a positive case in the hotel, and it was the same chain of transmission.

The isolated hotel has been adjusted to a medium-risk area.

There were 4 newly confirmed local cases in Yunnan Province on the 3rd, all of whom were close contacts of the centralized quarantine management in Longchuan County.

Longchuan County officials revealed on the 4th that Longchuan County has now completed the genetic sequencing of 19 cases. The results are highly homologous and belong to the same transmission chain. They are all Delta mutant strains and are not related to the previous Dehong prefecture and the domestic epidemic.

The opening of cultural, leisure and entertainment business premises will be restored in an orderly manner. All levels and types of schools, kindergartens and off-campus training institutions in the city will resume normal teaching order from December 6th (Monday).

Dalian City recently announced that the outbreak in Dalian City was a case of cold chain enterprises breaking the law and concealing the truth, related agencies engaged in fraud, perfunctory responsibilities, and supervisors were seriously negligent and negligent. Contaminated imported cold chain food was imported to infect Dalian Keqiang Food. The company's first station designated cold storage employees, and then introduced into the society caused a major epidemic spread.