A report, signed by the Center for the Coordination of Health Alerts and Emergencies (CCAES), directed by Dr. Fernando Simón, warns that `` the ... 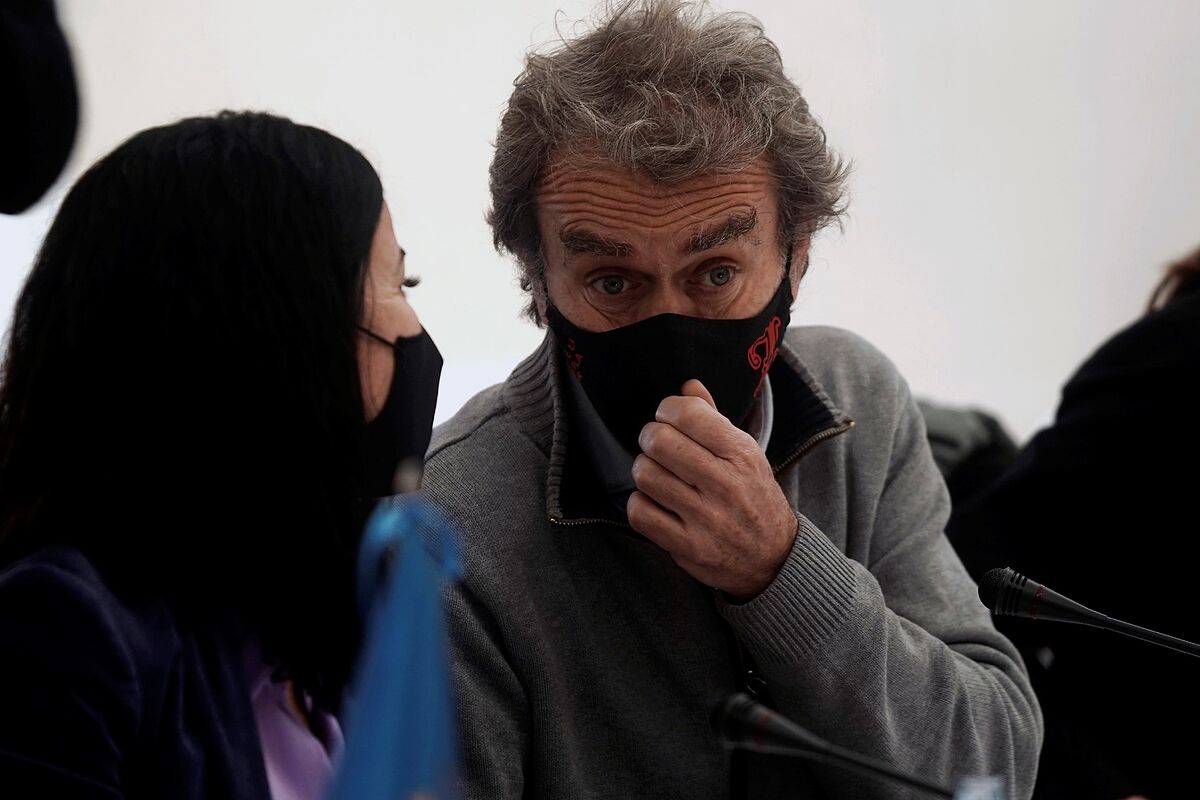 A report, signed by the

Center for the Coordination of Health Alerts and Emergencies

The report notes that the

"is the most genetically divergent" of those that have been detected during the pandemic, which "

that it may be associated with a significant reduction in the effectiveness of the vaccine and an increased risk. of reinfections ".

"Since the last update, numerous cases of omicron have been detected worldwide and

evidence is increasing that this variant escapes the immune response caused by previous variants and by vaccines,

" says the Ministry of Health in the update of the Rapid omicron risk assessment, published this Friday.

In this regard, CCAES experts detail that "several" of the changes in the sequence encoding the spicule protein (virus entry gate) of the omicron variant have been described previously and

At this point, they cite the example of a previously described synthetic variant with 20 mutations in the spike protein that "was associated with an almost complete escape from neutralization by convalescent and vaccinated sera."

"As omicron carries even more mutations in the S gene compared to the synthetic variant, a very significant effect on neutralization is expected", warn the technicians.

However, CCAES technicians clarify that

In various studies, it has been shown that

to deal with the virus, so that they could have a different type of immunity to antibodies.

and protection against the development of severe disease, even in situations where virus evolution leads to spike protein mutations that escape antibodies pre-existing neutralizers, "they argue.

Analysis of reinfection in South Africa

The report collects data from a

that has analyzed epidemiological surveillance data with 2,796,982 cases with samples between March 4, 2020 and November 27, 2021. Although increases in the risk of Primary infection after the introduction of the Beta and Delta variants, a corresponding increase in the risk of reinfection was not observed.

In contrast, the recent spread of the

"This finding, if confirmed, would have important implications for public health planning, particularly in countries like South Africa with high rates of immunity to previous infections," the experts highlight.

The CCAES also gives as an example a preliminary examination of the data of admitted in the South African province of Gauteng.

Of a total of 347 patients with available information on their vaccination status, 317 correspond to vaccinated and 30 to non-vaccinated.

"Although this is very preliminary data and could be affected by different biases, if the percentage of the vaccinated population in South Africa is taken into account, of around 25 percent,

since the percentage of vaccinated among those admitted is considerably lower than that expected if the vaccine did not offer protection ", they argue.

The CCAES stresses that "at this time,

more studies are needed on neutralization 'in vitro',

THE SERIOUSNESS OF THOSE INFECTED WITH OMICRON

reassures about the seriousness of the cases

, as it alleges that of all the cases reported in Europe with omicron

Furthermore, no cases of serious illness, hospitalizations or deaths have been reported.

"Severity outcomes often take several weeks to see and more time to become apparent at the population level, which would affect hospital occupancy rates. Furthermore, the majority of cases detected in the EU / EEA for which data are available Until now they have been young or middle-aged people and they were fully vaccinated. As they are mostly travelers, it could also be assumed that they are healthier than the general population, "they maintain.

In line, they collect data from South Africa that indicate an increase in hospital admissions for Covid cases in the province of Gauteng from 136 in week 45 to 279 in week 46 and to 647 in week 47, coinciding with the growing prevalence of omicron. "While case rates are increasing faster than in previous waves in Gauteng province,

hospitalization rates are in line with previous increases

On the other hand, they recall that the previous circulation in South Africa of Beta, the most divergent variant detected before omicron, "could potentially lead to a less serious disease in this population."

Covid-19Ómicron, "a more elusive virus is more difficult to contain"