Filmmaker Staffan Hildebrand sexually assaulted two boys in their younger teens during the 70s and 80s. It is revealed in the book G as in Gärningsman, in which the now adult men testify about their experiences. - It is a lifelong suffering, says Sören Karlsson, one of the authors of the book. 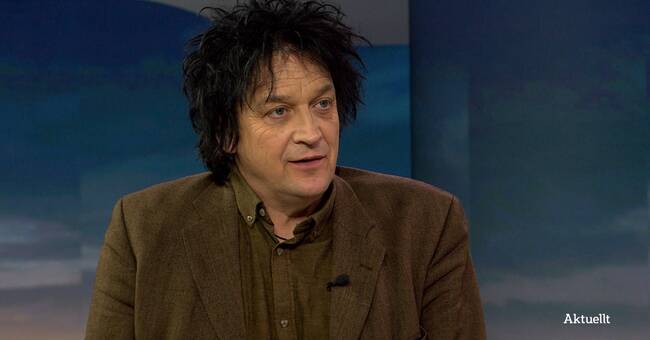 The idea for the book, written by Deanne Rauscher and Sören "Sulo" Karlsson, came after Karlsson talked to an artist colleague about the 80s.

- We started talking about that time and about those who hung around Staffan Hildebrand's apartment and what was going on there, he says in SVT's Aktuellt.

Career at the top

During the period, the director's career was at its peak, with cinematic successes such as G as in community and Stockholmsnatt as both about young people in the capital.

- It was a youth culture boom in the 80s when opportunities opened up in the form of music, film and theater.

Everything was possible and many were involved in the culture compared to today.

One of Hildebrand's victims says that he came to Stockholm to take part in a film, and it was Staffan Hildebrand who found the young talent.

He was 13 years old when he was first abused.

- In the evening when they go to sleep, he ends up in the same bedroom as Staffan.

Then he starts telling about the ancient Greeks and how they did to help each other sexually and that there is nothing wrong with it, that's how it starts for him.

- This is the first time he tells about this to his family and to us, so he has carried on this for a long time.

There were more men

The book, which was first about taking a grip on what Sören Karlsson calls "the pink shimmering 80's", led to contact with people whose experiences are in stark contrast to how the period is often described.

- We soon found out that there are many other voices that have not been heard.

That is, these guys who have been abused and who have suffered from it ever since.

It is a lifelong suffering.

- We have found out through our investigations that of course there were more men around Staffan Hildebrand who had the same interests, unfortunately.

The director says in an interview with Expressen that he regrets and that he admits the actions for the sake of the two men.

SVT has searched for Staffan Hildebrand, without success.