The anti-vaccine port hospitalized by Covid in Italy: "My lungs are destroyed"

Eduard Irinel Ciobanu, 47, was for four days in the protests held in Italy against the Covid passport. &amp; quot; And now I'm here, &amp; quot; says this ... 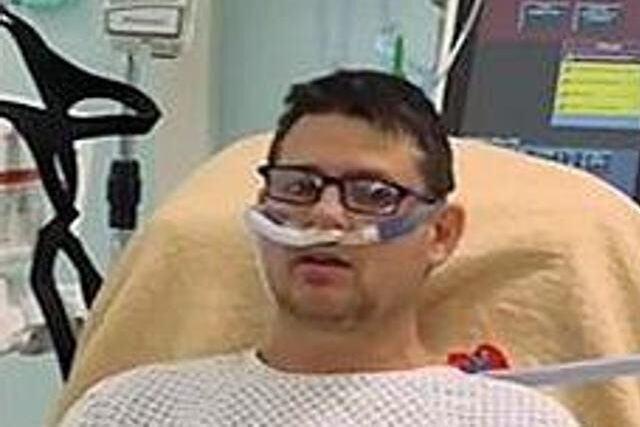 47, was for four days in the protests held in

against the Covid passport. "And now I am here," says this port of Romanian origin who is hospitalized in the Covid plant of the Cattinara hospital, in Trieste (Italy). As soon as he began to have breathing difficulties, he changed his opinion about this disease, becoming a repentant anti-vaccine: "Covid cannot be underestimated." This was assured before the microphones of the Non è l'Arena program, broadcast on the Italian channel La7, where he revealed that the doctors have "prodded him everywhere" to save him because they told him that his lungs were "really destroyed."

At the moment it is not known with certainty

where he could catch the Covid.

It probably wasn't the

he attended, which were over a month ago.

His wife is at home waiting for him with his son and, according to his friends, he feels sorry for him.

For his part, Ciobanu hopes to recover soon to be able to return to work at the Port Work Agency of the Port of Trieste.

worked in the same company

And it is that the former boxing champion and former councilor of the Fuerza Nueva party in the city of Lega had contracted Covid, although for him it was "like a flu," as he argued on several occasions.

Ciobanu now remembers that he is one of "those who really did not believe in the virus", but now he has changed his mind.

should not be underestimated,

you have to always be on your guard for yourself and for others. It is the only solution, unfortunately it is like that," he says.

In fact, he has seen with his own eyes the ravages of the virus in other people who have continued to underestimate it: "A person came and they tried to intubate her but he denied saying that they would leave him alone that he did not believe in this and died shortly after."

SATURATED NURSE Omicron symptoms: muscle pain, fatigue and headache, but no loss of taste or smell

Coronavirus Why should children be vaccinated against Covid?