Images of abuse of Marcel's daughter continue to circulate

For years, Marcel Jeninga feared and suspected that photos of his daughter's abuse were still circulating. He turns out to be right and demands changes. 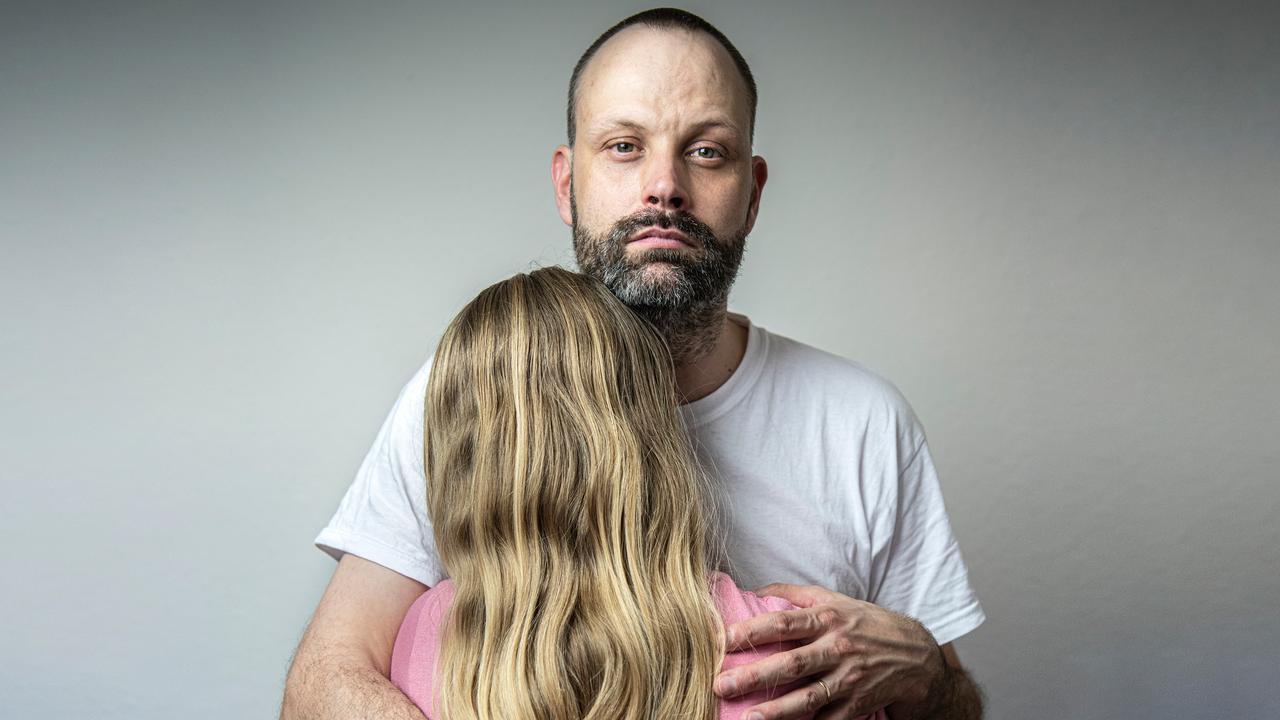 For years, Marcel Jeninga feared and suspected that photos of his daughter's abuse were still circulating.

He turns out to be right and demands changes.

A few weeks ago, the call came from German journalists.

Whether they could speak to Marcel Jeninga of the Fight Against Abuse Foundation.

At least that's what he thought.

And then Jeninga came home in 2009, found his three-year-old daughter injured, and told her that 'the neighbor had done that'.

Geert B. appeared to abuse the child frequently and rudely from her infancy.

Neighbor B. - as it turned out later was not only a child abuser but also a child murderer - talked himself in on days when Jeninga's mother was babysitting and recorded in countless photos and videos what terrible things he did.

Those images were also stored on a hard drive, which the police saw existed but was nowhere to be found.

Since then, Jeninga has often asked about those images.

Are they still circulating and if so can he be warned if they are found?

No, was the answer to that last question invariably.

Jeninga had his suspicions about the answer to that first question.

and NDR in Germany, to which Marcel fled with his family to make a new start, gave the answer.

They wanted to know why it is not possible to permanently remove known images of abuse from the internet and in the first place came across a huge abuse forum with 3.7 million users.

One of them goes by the name 'proud grandfather' and shows images of his granddaughter's abuse.

The journalists also easily traced the images of Jeninga's daughter.

Jeninga has often asked the judiciary in the Netherlands to act more actively, to also warn him and other victims if images are found.

"Then I can claim compensation, take legal action."

With his foundation he successfully campaigned for a ban on the pedo club Martijn.

In Germany he managed to get a ban on the pedo manual, a manual with cunning tips for approaching children, abusing them and keeping it secret.

But just as it was much more difficult in the Netherlands to get a ban on the pedo manual off the ground, he is also unable to obtain information about the images of his daughter.

That while the German journalists also show that such images are not so much circulated thanks to the dark web, a place on the internet where illegal practices take place, but rather the ordinary internet.

On the dark web, child pornography enthusiasts share access to the images, but it turns out that they are stored on very ordinary hosting companies, using very ordinary programs, such as dropbox.

It was also possible that in a few moments after the German police, with the help of Dutch colleagues, rolled up a child pornography network with 400,000 users at the beginning of this year, the images that were circulating there were already available online.

The journalists contacted web hosts and also developed software to detect and block images. Jeninga was previously told that the latter would be too complicated. Now he wonders why.

More can and must be done, thinks lawyer Yme Drost, who works with Jeninga and was also involved in the ban on Martijn.

Especially because, thanks to its good digital infrastructure, the Netherlands is a popular location for hosting companies and therefore also for storing child pornography.

The English Internet Watch Foundation warned last year that the amount of child abuse material being stored in Europe is increasing, with a large part (77 percent) of 'the world's most horrible material' being found thanks to Dutch servers.

Drost: "A country such as the Netherlands has to do something about it, even if it costs a lot of police capacity. Our small country cannot be known as the transit port for cocaine and the largest provider of child pornography."

That is why Drost is looking with Jeninga to see what legal steps can be taken to enforce improvement. Drost: "I think these hosting companies are complicit in the distribution of child pornography. People, but especially children, are destroyed by this."

Jeninga knows all about it.

A few years ago, he and his wife told their daughter about the abuse she had endured, but couldn't remember.

Finally, the child found an explanation for her emotional problems, but those problems have not gone away.

Jeninga himself is still in therapy, his marriage was on the rocks.

It could all have been different.

But that is not it.

That is why he continues to fight.

And he hopes his message is heard.

"I'm just sitting here crying. It's really not my job to bring this up. But it makes me so mad that these images of my daughter are still going around, just like other abused children. I have to do this, for my daughter and those other kids. But it also destroys me."

For example, companies that do not act or act too slowly when they discover that abuse material has been stored will have to deal with 'naming and shaming' on a blacklist.

If they do not do enough, they can also count on fines and periodic penalty payments.

VVD MP Ingrid Michon-Derkzen wonders whether the approach is sufficient.

"It is terrible that parents and children are permanently confronted with the consequences after such traumatic events," she says.

"We really have to do everything we can to get this kind of material out."