How do you write a really funny Sinterklaas poem?

With Pakjesavond in prospect, the auxiliary rhymes are at home tinkering frantically on their poems. They may excite a little, but you don't want to hurt them. How do you write a Sinterklaas poem that also makes the 'victim' laugh? 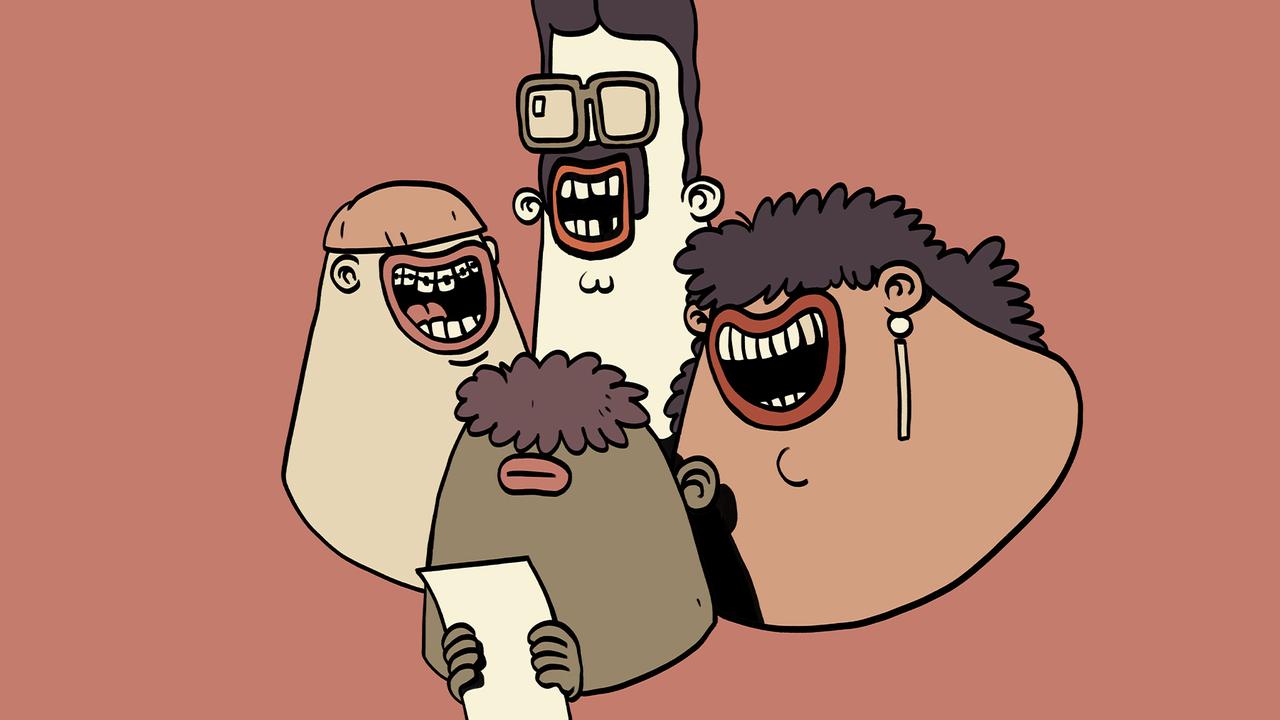 With Pakjesavond in prospect, the auxiliary rhymes are at home tinkering frantically on their poems.

They may excite a little, but you don't want to hurt them.

How do you write a Sinterklaas poem that also makes the 'victim' laugh?

We all know the stories in which a well-intentioned Sinterklaas poem is completely wrong. It turns out to be just over the edge, or way over it. How do you keep everyone from roaring with laughter, except the one for whom the poem is intended? According to social psychologist and humor researcher Madelijn Strick, two things are most important: "The person and the setting. One company can do more than another. There are student associations with a tradition of hard-hitting Sinterklaas poems. Everything is allowed. thinking, 'Oh, then I'm going to write a poem like that for my mother-in-law'."

The receiver is also an important factor, according to Strick: "A Package Evening is a group process. You have to read the poem, others start laughing: the receiver is in a vulnerable role. If you know that someone is emotional or insecure about something, you can better avoid that subject."

Which subjects are ideal for a Sinterklaas poem?

How do you put someone in their place, but not too much?

According to Frank van Pamelen, who can be heard on Radio 5 with the

together with Jan J. Pieterse

, behavior that goes structurally wrong lends itself very well to it: never cleans up, things like that. Actually mainly behavior from which you should not expect any improvement."

Behavior that belongs to someone, that is, which is not useful in daily life, but which you know for sure that the recipient is not terribly insecure about it.

Strick thinks that the things that people can easily adapt are also excellent rhyming material. But don't criticize it heavily. "If you know someone is watching too much Netflix, having a lot of parties, or having a morning mood, that's a great subject for a poem." In short, it should remain a mild way of paying. "Sinterklaas poems often deal with events in the personal sphere," says Pieterse. "You can touch on things you don't often talk about, for example a habit that bothers you. And the good thing is: Sinterklaas wrote it, so you can point to him if the recipient does not completely agree with the message."

It is therefore better to avoid subjects such as sex, death and violence in your Sinterklaas poem, according to Strick.

"If you are not sure whether something is sensitive, for example corona kilos or alcohol use, it is better not to deal with those subjects in your poem. And if you cannot make that assessment, then rather stay on the safe side."

Jan J. Pieterse, the second man behind the

, thinks it is better to avoid socially sensitive matters.

"It is better to avoid topics about which a discussion can arise, such as serious political topics or Zwarte Piet. And if you want to mention Piet in your poem, just call him Piet, and not Zwarte Piet or Roetveegpiet. Otherwise there will be another discussion there. about."

The tone of Sinterklaas

Van Pamelen emphasizes that auxiliary rhymes should always keep the tone of Sinterklaas and his Pieten in mind: "Sinterklaas is an outsider who is surprised or astonished at what someone has done in the past year. You should also look that up in the tone: there should be no real annoyance or indignation in a poem."

"Be benevolent and friendly", Strick also says when it comes to the tone of Sinterklaas poems.

"Never offensive, aggressive and insulting. It should never be at the expense of the victim."

And if you have managed to imitate that friendly, surprised tone of Sinterklaas, can you still afford a little more teasing?

"For example, make it: 'Saint heard something about you, but he doesn't believe it!'"

Strick: "And otherwise Sint can still recognize himself in the bad qualities that are treated in the poem, or even confess that he himself is much worse than the recipient."