&nbsp;The singer Hamo Beka published a picture of him with Hassan Shakoush and Ali Qaddoura while they were in the Ihram dress, indicating that they were preparing to perform Umrah through a comment saying: “Oh God, give you Umrah.” The Egyptian newspaper Al-Watan indicated that 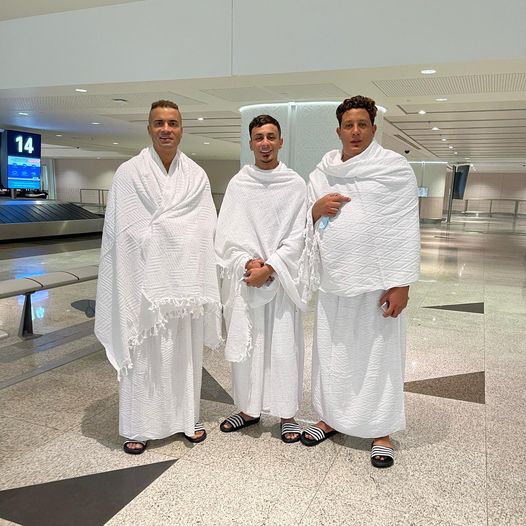 Singer Hamo Beka published a picture of him with Hassan Shakoush and Ali Qaddoura in the Ihram dress, indicating their preparation for performing Umrah through a comment saying: "Oh God, you are the Umrah."

Festival singer Hamu Beka announced this in a post on his account on the "Facebook" website, while the Egyptian newspaper Al-Watan indicated that this step of the three singers comes on the sidelines of their participation in concerts within the Riyadh season.

It is noteworthy that Hama Beka and Hassan Shakoush are participating in the Riyadh season, although the Egyptian Syndicate of Musical Professions, headed by singer Hani Shaker, had issued a decision banning them from singing.

Against the background of this decision, some commentators mocked the publication and one of them said: “I think this whole Umrah is a prayer for Hani Shaker and the Syndicate of Musical Professions.”

On the other hand, others denounced this sharp irony on such an occasion, and one of them wrote: "There is no power or strength except with God. It is surprising how many people laugh and spit at them. Our Lord guides you and forgives them and accepts from them that the greatest sins with God after polytheism are the ridicule of people."