Anti-epidemic Records in Manzhouli: All walks of life in the society "give charcoal in the snow" under the winter 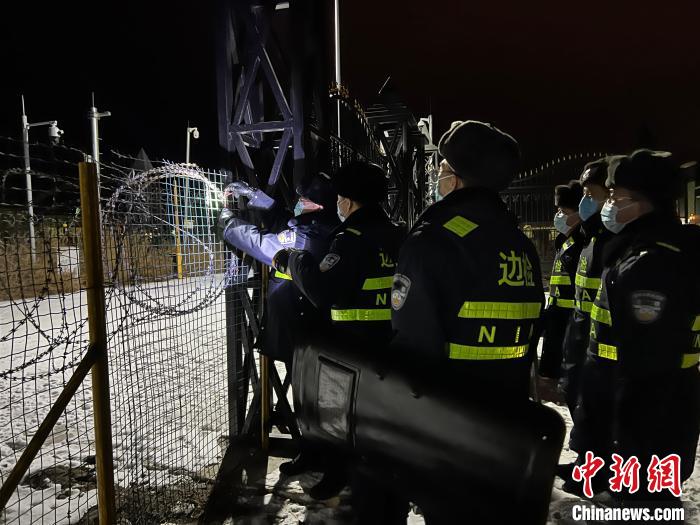 China News Service, Manzhouli, December 2nd, title: China's border town of Manzhouli, anti-epidemic: "sending charcoal in the snow" from all walks of life in the winter

The border city of Manzhouli was "attacked" by the new crown epidemic on November 27 and was forced to press the "pause button." These days, it is ushering in "sending charcoal in the snow" from all walks of life.

A press conference held by the Manzhouli New Crown Pneumonia Epidemic Prevention and Control Headquarters at 16:00 on the 2nd showed that a total of 194 confirmed cases of new coronary pneumonia have been reported locally.

"At this moment everyone is huddling together to keep warm."

On the afternoon of December 2, Liu Yifu, who had just completed the consultation at the Zarainuoer Port Hospital in Manzhouli, told reporters on the phone, “Even though the temperature here is very low, in the past 6 days, we still believe in the power of unity.”

Liu Yifu is a doctor in the Inner Mongolia Forestry General Hospital. On February 15, 2020, he arrived in Jingmen, Hubei to fight against the new crown pneumonia.

After returning to Inner Mongolia from Hubei, he was always paying attention to the epidemic, "always ready to rush to the front line to bring hope to patients."

The picture shows the border police on duty.

Regarding this time to support Manzhouli, he just finished the wedding not long ago, said, "The outbreak of the epidemic in his hometown is an inescapable responsibility."

Liu Yifu’s wife Liu Yang said in an interview with reporters, “At this moment, the strongest wish in my heart is that the epidemic will end as soon as possible and my husband will return safely.”

Doctor Liu Yifu is not the only one who "sends charcoal in the snow" to Manzhouli.

On the 2nd, the reporter learned from the Hulunbuir Border Management Detachment that after the outbreak, the civilian police of the detachment and the 30 civilian police officers of the Baerhu commando team formed an "anti-epidemic commando" and rushed to Manzhouli.

According to police Cui Chao, these team members are mainly responsible for the internal prevention and control tasks of the high-risk communities where the confirmed cases are located, as well as the on-site order maintenance of nucleic acid detection points.

"Although the weather has reached minus 10 degrees Celsius, in order to overcome the epidemic, everyone is overcoming difficulties."

The latest news shows that the New Crown Pneumonia Epidemic Prevention and Control Headquarters of Manzhouli City has decided to suspend operations at the highway port site, including loading and unloading, transportation, and customs clearance, starting from December 3.

On the afternoon of the 2nd, the 7th policeman Ye Jiefang, on duty at the Manzhouli Entry-Exit Border Checkpoint, said, "Although the port is about to close, we will still stick to the front line of the port, stand guard, and manage the restricted area of ​​the port."

The picture shows the border police on duty.

Xiong Meihui, Ye Jiju's wife, is a staff member of the local disciplinary inspection office. The two have never seen each other since they worked on the front line of the epidemic.

Speaking of his wife, Ye Jijuan said: “She is on duty at the gate of the community, staying outside for a long time, her hands and feet are numb. Every day at the end of work, she has to take care of her 2-year-old daughter and the elderly at home. I really hope that the epidemic will end soon.”

The latest good news is that, under the unified coordination of the National Health Commission and Inner Mongolia Health Commission, the "Falcon" Dura Lab from Guangdong Jinyu Medical has officially assisted Manzhouli.

According to Liu Jianqiang, commander-in-chief of the dura mater laboratory of the "Falcon", on the evening of the 2nd, they will formally undertake the "task" for all local staff to screen nucleic acid samples.

Liu Jianqiang said that the "Falcon" dura mater laboratory had previously participated in assisting the first line of anti-epidemic efforts in Lanzhou, Yinchuan, Harbin, Shangrao, and Chengdu. On December 1, the first batch of "Falcon" dura mater laboratories rushed to Manzhouli Nearly 40 medical workers, more than a hundred sets of nucleic acid testing related equipment, and a large number of consumables have arrived in Manzhouli.

The picture shows the staff supporting the "Falcon" dura mater laboratory in Manzhouli.

According to reports, the "Falcon" dura mater laboratory is located in the Manzhouli International Convention and Exhibition Center. The daily nucleic acid testing capacity can exceed 60,000 tubes, and the testing can be carried out 24 hours a day.

The local people said that the sunshine is always after wind and rain, and with the concerted efforts of the whole people, they believe that Manzhouli will surely give the outside world a fairy tale beauty again.