Isabel Munera, awarded the IV Prize for Journalism of the German Chamber

EL MUNDO journalist, Isabel Munera, has been awarded the IV Journalism Prize awarded by the German Chamber of Commerce for Spain to recognize the works ... 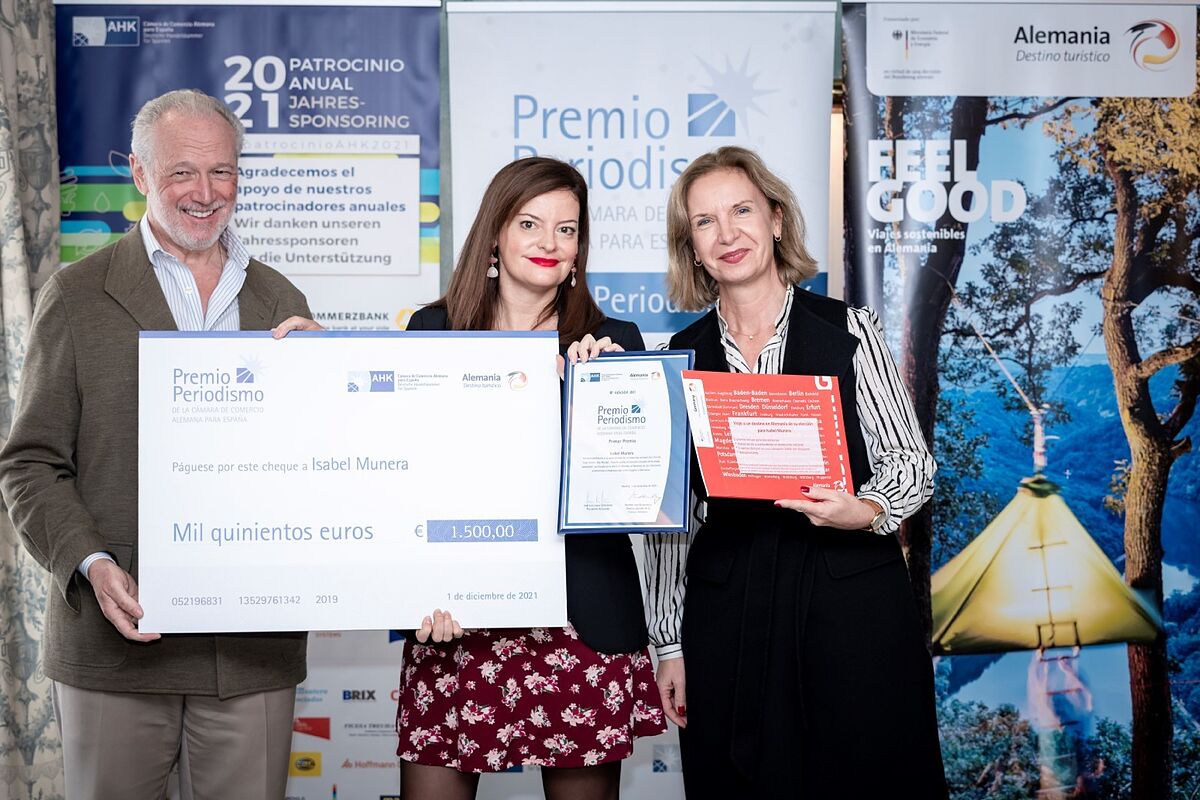 has been awarded the IV Journalism Prize awarded by the German Chamber of Commerce for Spain to recognize the works that contribute to the dissemination and promotion of economic and business relations between Spain and Germany.

Munera has received the award from José Luis López-Schümmer, Daimler AG's general representative for the Iberian Peninsula and Latin America and president of the jury, and from Ulrike Bohnet, general director of the German National Tourism Office.

As the president of the jury has underlined in his reading of the ruling, with the delivery of the first prize to Isabel Munera (El Mundo) the jury has valued the contribution of the report '

when it comes to "making visible and disseminating the success of a group of Spanish SMEs in conquering the German sustainable fashion market".

The text, published in the SUSTAINABLE section, offers "a detailed analysis of the tastes and preferences that characterize the German consumer, highlighting the commitment to internationalization and R & D & I as pillars of business success" and reflects, according to points out the ruling, "a good example of the innovative power of Spanish companies in the field of sustainable fashion."

Likewise, in its decision, the jury has taken into account the alignment of the report with the issue of business sustainability, the protagonist of this edition of the award and thematic axis of the rest of the German Chamber's programming of events for this 2021.

Leaders Anne Applebaum: "Russia has a huge geopolitical interest that Spain falls into political chaos and is weakened"