Jeanette Gustafsdotter will be Minister of Culture in Sweden's new government. She most recently came from the assignment as Secretary General of the industry association Sweden's Museums. - When Magdalena Andersson called me and asked me if I wanted to become Minister of Culture, I felt honored, she says. 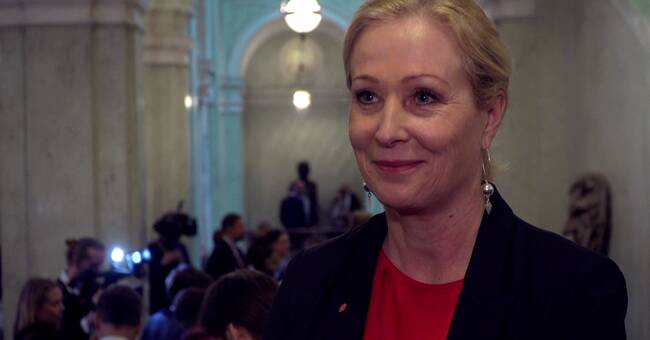 Sweden's new Minister of Culture has a background in media issues and journalism.

Jeanette Gustafsdotter is a lawyer, focusing on intellectual property and media, and has previously been CEO of Tidningsutgivarna.

She has also worked as a journalist on TV4 and SVT.

When Gustafsdotter presented herself at the government's press conference, she began by talking about the media and freedom of expression.

- It is an extremely important assignment I have been given.

We have great challenges when it comes to free speech.

Freedom of expression is seriously threatened in the world, Europe and in Sweden.

Freedom of expression is a strong prerequisite for a functioning democracy.

In Sweden, we must have independent media throughout the country and we must safeguard public service.

She has held several board assignments, for example for Fryshuset and Gustavsbergs konsthall and has been an expert in four ministry investigations, including the Media Constitution Committee and the Press and Freedom of Expression Committee.

Worked for pandemic support to museums

As a minister, Jeanette Gustafsdotter is leaving the post of Secretary General of Sweden's museums, which she has held since 2019. In recent years, she has fought for the museums' conditions during the pandemic.

- As late as yesterday, I worked in the culture industry.

I know that the cultural sector has had and will have very tough years.

The pandemic is not over yet.

That is why it feels extra important for me when I hear Magdalena Andersson say that culture has a key role in society's restart, she says.

Gustafsdotter also assured that she will work to make the culture available throughout the country.

- Culture must be for everyone.

No matter where in the country you live.

Culture with the principle of arm's length distance free from political interference.

Sports issues are taken over by Anders Ygeman (S).

Culture in the government declaration

In her government statement earlier in the day, Magdalena Andersson devoted a few minutes to culture and journalism.

- Throughout the country, we will have a diversity of independent media and a strong public service.

The rapid technological and media development revolutionizes access to information but at the same time risks widening gaps and polarizing society.

Who is Jeanette Gustafsdotter, Sweden's new Minister of Culture?