Egypt..Details of the heinous crime of the killing of an elderly woman by a nurse who stole her and then attended her funeral

A few days ago, the Egyptian Port Said governorate witnessed a painful incident, the victim of which was a 75-year-old woman named Hanim Ahmed Mahmoud Abu Khatra, at the hands of a 28-year-old woman who works as a nurse at Port Fouad General Hospital. Ahmed, the victim’s son, explained that she preferred Living alone at home, p 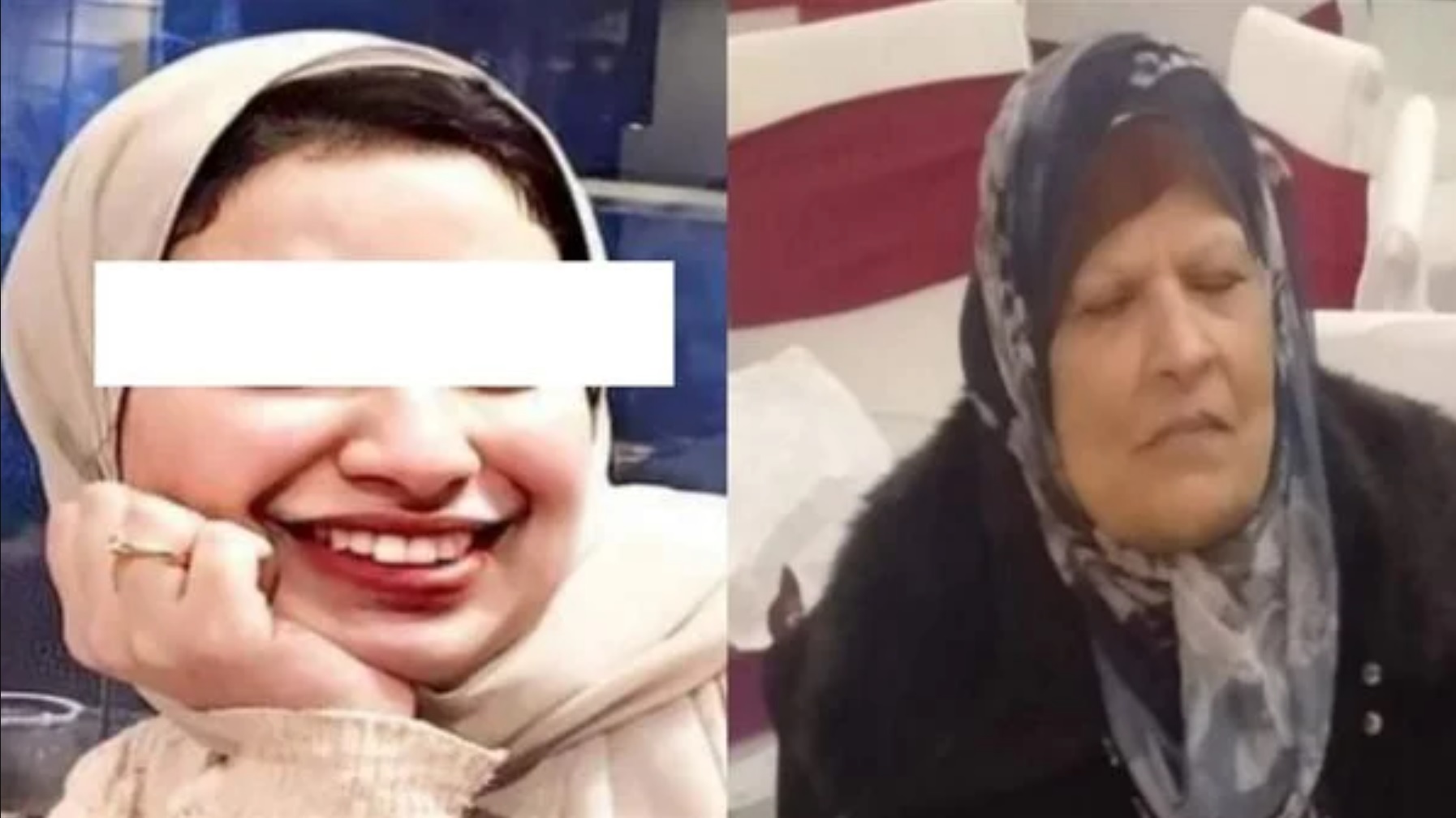 Egypt..Details of the heinous crime of the killing of an elderly woman by a nurse who stole her and then attended her funeral

The victim, next to her, is a picture of her killer.

A few days ago, the Egyptian governorate of Port Said witnessed a painful incident, the death of a 75-year-old woman named Hanem Ahmed Mahmoud Abu Khatra, at the hands of a 28-year-old woman who works as a nurse at Port Fouad General Hospital.

Ahmed, the victim's son, explained that she preferred to live alone in the house, despite her children's request to the victim to live with them, and after their father's departure, she insisted that she not leave the house, and her children used to frequent her permanently, and their contacts with her were not interrupted throughout the day.

Her son also explained the details of the day on which the incident occurred, indicating that he was talking to her by phone immediately before the incident, until the line was cut off due to the weakness of the network, and this coincided with the time when the killer planned to do it, which she had been planning for many days, so that the son of the deceased received a call from his sister informing him With his mother's death after killing her and stealing her gold, he rushed to her place of residence in the city of Port Fouad to clarify what had happened, and here he was surprised by his mother lying on the ground covered in her blood.

The wife of the dead woman’s son tells that the killer was waiting for the family to arrive, and she was offering them water and tissues to sweeten their minds, wondering how the killer was able to do that, and how she could kill the victim and walk at her funeral like this, continuing her talk: “Where is her heart and is she human like us or sag have a feeling?"

Ahmed, the son of the dead woman, reveals that the security services monitored the mobile phones of all residents of the residential tower without anyone's knowledge, and through a phone call made by the killer, she revealed the truth of the incident.

He also added that the murderous nurse, when the detectives searched the Moroccan lady's apartment, disappeared and traveled to Cairo, and it was found through the phone call that was monitored by the security forces that she went to sell the stolen goldware, and it was possible to seize it and return the stolen items from the jeweler.

The killer represented the crime before the Public Prosecution, and it turned out that she had married 3 months ago, and with her planning for the crime, she returned to live in her family's home in the real estate in question, and waited until she found the woman's house door open and entered the apartment and the victim did not expect any betrayal from her, and when I asked her to reconnect with her son, who was cut off The line with her was stolen 1,200 pounds from a bag she was putting next to her, and when the lady saw her, she said to her: "Take them and leave me."

But the killer - the nurse - insisted on ending her life for fear of informing the police, the nurse understood to push the old woman from her back to fall to the ground, and fainted while she was bleeding from hitting the ground, so the killer measured the pulse to make sure that she was still alive or dead, and then grabbed the victim by her hair she hit her head on the ground;

To make sure she passed away.

After that, the killer quickly removed the special earring from her ears, as well as taking off the bands, rings, rings, and golden jewelry, and she fled after completing her crime, to remain among the people of the victim after the crime was revealed, offering them water and tissues, to pay off suspicions.

Ahmed, Ms. Hanim's son, concluded by saying that his mother was sympathetic to the killer and gave her injections for 50 pounds, and she has been living with her in the property for more than 10 years, and she never thought that her end would be at the hands of those who did her good and did her good.

After the 28-year-old murderer was presented to the prosecution, which ordered her detention for 4 days pending the case, the son of the 75-year-old victim demanded that the murderer submit to an urgent trial, and that the judge put himself in the place of the people of the murdered woman, and judge by God's judgment those who killed their mother with this blood Al-Bared, stressing that it was a premeditated murder, and this is confirmed by the murderer's return to live in her family's home and planning of the crime, and her signature by revealing the attendance at her work to conceal her crime, stressing that all evidence confirms that the murderer deliberately planned to kill his mother.