Álvaro Mel: "Mental health is not fixed by going to drinks, you have to go to therapy"

Álvaro Mel (Salamanca, 1996) wanted to be an architect, the DJ could do more and he has ended up dazzling Alejandro Amenábar. To this 25-year-old boy with hardly any experience ... 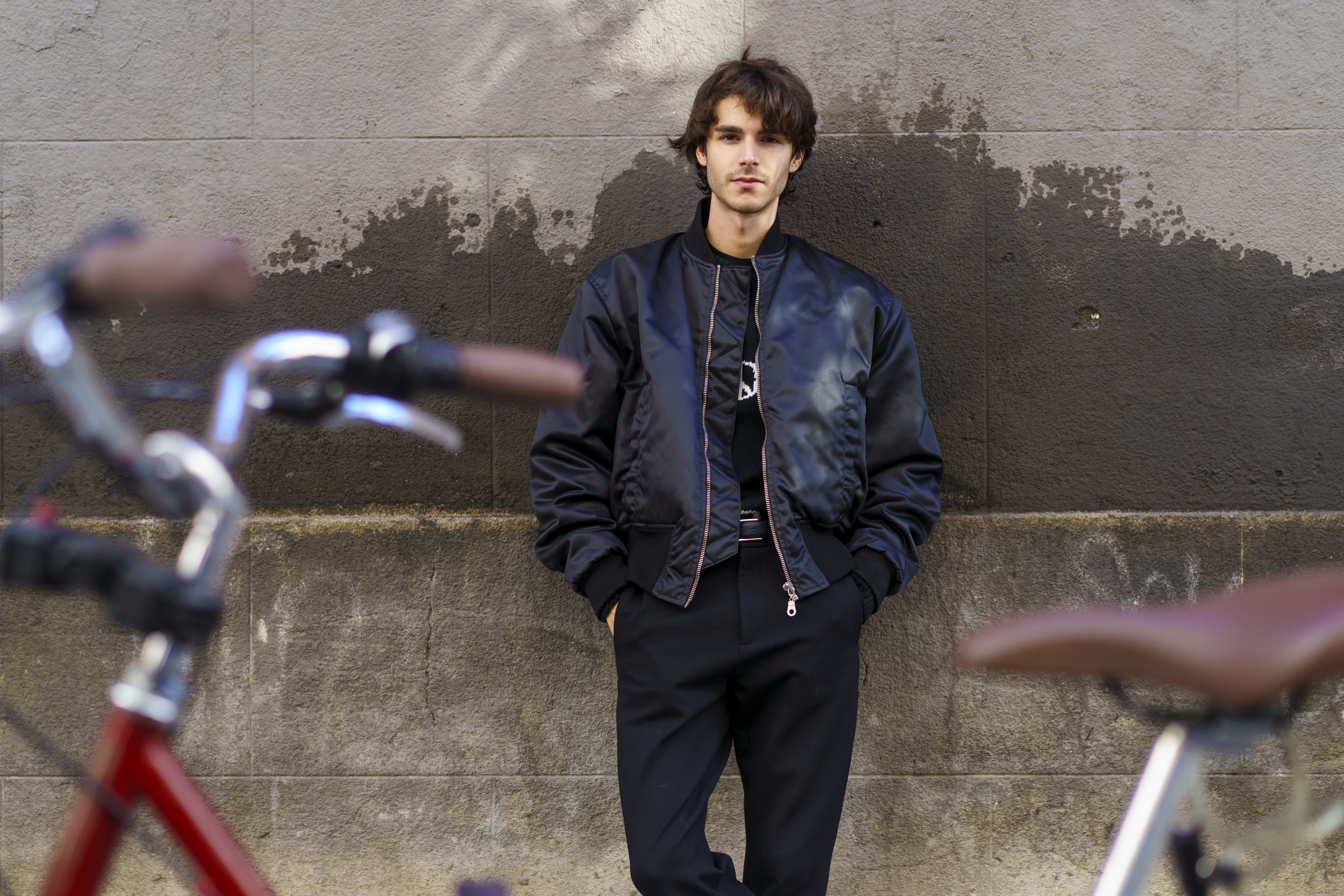 (Salamanca, 1996) wanted to be an architect, the DJ could do more and he has ended up dazzling Alejandro Amenábar. This 25-year-old boy with little acting experience has been awarded a director with an Oscar, a Golden Globe and two Goya. "He was born to play this role, because he has the magic, charisma, humor and tenderness that are required," said the filmmaker about the protagonist of his series

, on demand on Movistar +, and now recording the second season from

, on the same platform.

«They tell me a lot that I'm going to take off, but what I'm going to do is record and work today, we'll see tomorrow. My philosophy is to keep my feet on the ground ». He didn't have them so much when he was 19 years old when he decided to leave Architecture first in Valladolid to try his luck in Madrid as an

and DJ because "he was earning more money." «It was a bit of a

at home, especially for my father that his vision was for me to finish my degree and start working;

. I have some envy of my friends with their careers in Pharmacy and Physiotherapy, but nowadays I don't see so much need to have a career ».

With that idea to earn a living, he arrived in Madrid in the spring of 2014.

To manage his invoices as an

- "those things that none of us know how to do" - he hired a representative and that's how Eva Leira and Yolanda Serrano, two of the great casting directors in our country, met him.

When did you decide to completely break with the networks and switch to acting? I had never considered it but they started calling me to do castings.

, but they didn't catch me.

Then I got another one for a TVE series [

], I couldn't do it because I was in Salamanca and they caught me with others sent by Eva and Yolanda. When they say no twice at the beginning. Didn't he consider quitting? It's weird when they tell you no, you feel bad because you think it's not your thing but since I had no ambition to be an actor, I didn't care if they said no because I didn't eat this. When you start to see it as a job, there is already a moment when it is a bitch to stay at the doors. Then you take it with philosophy and learn to fit the no. Have you ever felt an intruder? Of course you have and I took my comments and I was wondering if I should keep doing this. To this day I have training from what I have worked, but if I train I will do it more technically than artistically. My main weapon is naturalness.

And, without waiting for it, a leading man appeared with Amenábar who was close to loading the Covid.

I came out of my quarantine in poor health, it showed a lot in my weight and I am quite thin

When they told me that the series was not done anyway, the project I was holding on to to get out healthy, I am negative and think a hundred things, I had a bad time ».

We have already gotten to the topic of mental health with young people, we have to make it not taboo. In quarantine I couldn't contact a psychologist, I should have. We have to normalize that just like you catch a cold or break a finger, you can have depression or anxiety and not know it. Go to the psychologist, even if you are healthy. Is it a matter of learning to manage emotions? And give it the importance it deserves, we have always had that point that if you broke your leg you went to the doctor, but when you were a little bad , we were going out for drinks. That is not so, when you are sick, do not go out for drinks, go to the psychologist. It is as if your back hurts, in the glasses it does not hurt, but the next day you are worse. Mental health is not fixed with a drink, you have to go to therapy.Starting with a project as powerful as La Fortuna can also be a danger? I think so, but pressure is part of our job, you have to try to level yourself because otherwise the step from top to bottom is worse. You have to be very careful no matter how much they tell you, neither should you pay too much attention to positive comments or criticisms, only in the constructive aspect. How do you handle criticism and haters?

In that case being an influencer? It happens to me a lot that I read a hundred positive comments and one bad one and I stick with that one, especially when they attacked my physique. Luckily it is condemned and it is hardly done anymore.

An internal Facebook report spoke of the impact this has on teens. There it is already what is promoted, the physical perfection of the networks. That is more dangerous than any comment from a hater, especially in girls of 14 or 15 years who seem to have to fear a certain chest, a certain hips, a certain nose ... Having a super normative body is promoted and that leads depression and mental health problems. It can't be that your 15-year-old cousin worries that she has stretch marks or a fatter thigh. In fact, cosmetic operations have grown among young women. That is bullshit, you cannot promote those canons, that they operate to be perfect. In the end, almost everyone compares themselves in something, right? Many times without necessity, you are at home watching people on a boat and you wonder why you are not there.But if I'm working, I have people who love me and a life that suits me well, why am I poking myself with photos of people who have a better body or better plans than I do right now. What difference does it make.