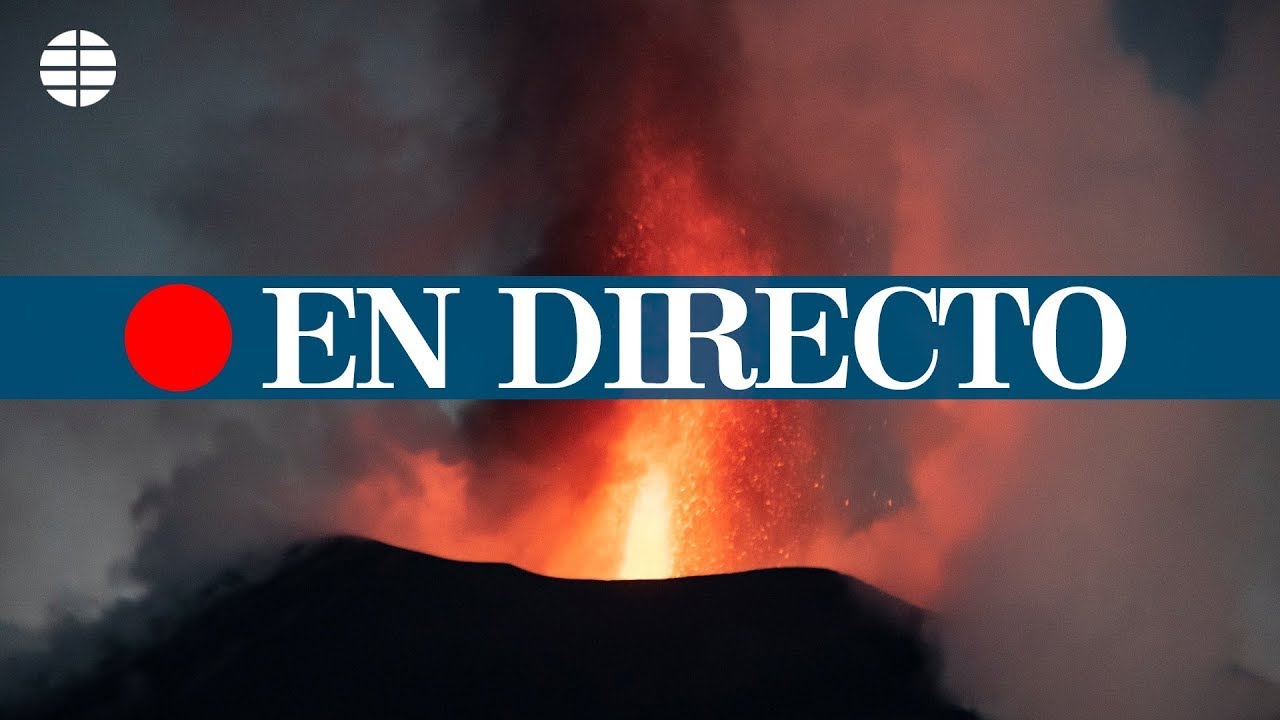 The new casting of the

emerged following the reopening of an

on the eastern edge of the

, which destroyed the cemetery of Las Manchas, the field of solar panels and numerous homes, finally he stopped and has joined stream number 11. At the moment,

, as it is gradually widening and could close access to the observation point located on the mountain of

, which is used as a launch point for the most of the drones.

The Cabildo de La Palma has reported that access to the exclusion zone is not allowed from the south, and, as a novelty, not from the north either, "due to the evolution of the emergency."

Earlier this Sunday, the island corporation reported that accesses from the south, both by sea and land, were still closed because the air quality is unfavorable in that area.

However, after the appearance of a new wash in the Tacande area, the Cabildo de La Palma has modified its decision.

The lava advances at approximately six meters per minute, according to Maletlidis calculations, and the direction of the flow is east, west, pointing towards the polygon that has already destroyed previous lava flows.

The new source of emission was opened this morning, around 3:00 am, on the northeast slope of the cone of the volcano in Cumbre Vieja, with the emission of runoffs and pyroclasts.

La Palma Airport is back in operation after cleaning the ash

once again operational after the cleaning work that has been carried out throughout this Saturday to remove the accumulation of volcanic ash that had been deposited on the runway and on the platform.

As reported by Aena, the rain that had fallen in the last hours had complicated these cleaning tasks, which is why the cleaning work has been intensified to be able to recover the operation of the Airport as soon as possible.

However, Aena advises passengers to check with their airline if they plan to fly, since there are companies that keep the flights scheduled for today paralyzed.

The total area occupied by the lava flows from the La Palma volcano amounts to 1,151 hectares

Because of the appearance of the

on the eastern flank of the cone on Friday, lava from the

On the other hand, the works on the access road to Puerto Naos have been suspended again due to the concentration of gases.

Furthermore, ash cleaning and drainage works continue to be intensified in the different municipalities and on the roads.

Yesterday there was also a power cut, which was restored at 3:27 pm in the transformation centers of the La Jurona area and the Hoyo Verdugo urbanization.

In the last hours of this Saturday, the national seismic network has registered seven earthquakes on

as a result of the

The seven earthquakes have been located in Fuencaliente and Villa de Mazo, as reported by the National Geographic Institute.

And their magnitudes have ranged between 2.9 and 3.5.

The most superficial was registered in Villa de Mazo just 9 kilometers from the surface.

A lava flow from the volcano widens towards the mountain of La Laguna, where the drones take off

The widening of stream number 7 towards the mountain of La Laguna threatens to close access to the observation point enabled in that area, which is also where most of the drones used to monitor the advance of the lava from the

On the other hand, laundry number 10, the one located further south, which crossed the Las Manchas cemetery, has joined line 11 and, in principle, it does not seem that it will cause more damage, the spokesman of the steering committee has indicated of the Volcanic Emergency Plan of the Canary Islands (Pevolca), Miguel Ángel Morcuende.

On the 70th day since the

in the Cabeza de Vaca area, there is still a supply of lava, mainly in the central areas of the fronts of flows 7, 4, 5, 1 and 9, both on the surface and through tubes. volcanic, in this case on the fronts.

The spokesperson of the scientific committee, María José Blanco, has indicated in any case that the lava flows through areas already trampled, although in the last hours "small overflows" have been detected in the Las Norias area, although the movement of the molten rock it is very slow".