The Paper, Reporter Lin Juoyao   A couple in Xichuan County, Nanyang City, Henan Province hunted and killed at least 8 wild boars within 3 months. The court sentenced two people for illegal hunting: fixed-term imprisonment of 1 year and 6 months with a probation of 2 years; fixed-term imprisonment of 1 year with probation 2 years.   According to a report from the Dahe Daily on November 26, dur 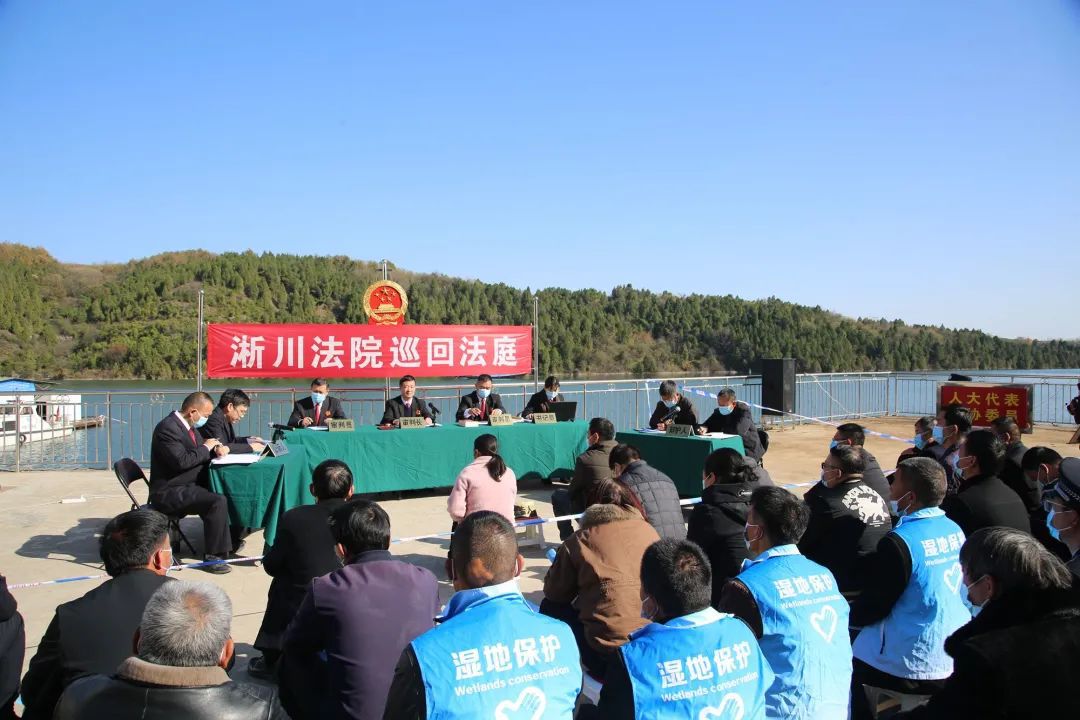 According to a report from the Dahe Daily on November 26, during the trial, the defendant Wu argued: “The wild boar destroyed the crops in the field so badly before they destroyed it. The wheat lost more than 30 acres and there was nothing to eat. Many acres of corn were eaten and more than 70 acres had no harvest. Now that I realize my mistake, I am willing to plead guilty and plead guilty."

On November 25, the Xichuan County People's Court of Nanyang City disclosed the case through its public account.

According to the public account "Xichuan County Court", on the morning of the 24th, the illegal hunting case was heard at Xiasi Wharf in Cangfang Town.

According to investigations, from May to July this year, the defendants Wu and Hu used insulated wooden sticks and electric wire meshes to fence the ground in a mountainous area in Qingquan Village, Cangfang Town, and used batteries, inverters, and alarms for more than ten days. Hunting wild boars and other equipment, catching more than eight wild boars.

On July 28, the police from the warehouse police station of the Xichuan County Public Security Bureau found a whole pig, including 25 pig legs, 2 pig heads, and 4 pig feet, weighing 224 kilograms in total.

After investigation, the whole territory of Xichuan County is a hunting prohibited area, and the whole year is the closed hunting period. The power grid is forbidden hunting equipment.

The above-mentioned Dahe News reported on November 26 that after trial, the court pronounced that the defendant Wu committed the crime of illegal hunting and was sentenced to 1 year and 6 months imprisonment with a probation of 2 years; the defendant Hu committed the crime of illegal hunting. Sentenced to a fixed-term imprisonment of 1 year and a probation of 2 years; the seized illegal hunting equipment shall be confiscated; the detained defendants Wu and Hu shall be confiscated and destroyed the wild boar obtained by illegal hunting; Wu and Hu shall jointly report to each other within 10 days after the sentence becomes effective In the incidental civil public interest litigation, the Xichuan County People’s Procuratorate delivered RMB 4,000 in compensation for the losses caused to the country by illegal hunting, and was jointly and severally liable; the defendants Wu and Hu were ordered to issue a letter of remorse.

According to the above-mentioned court official account information, Wang Jianjun, president of the Xichuan County Court, was the presiding judge of the case. He distributed the law popularization leaflet to the observers and stated that Xichuan is the source of the South-to-North Water Diversion Project. The protection of water quality and the protection of the ecological environment requires the joint efforts of the people of the county.

Wild animals are an important part of the ecological environment, and wild boars, as a link in the biological chain, will play their due role.

Wild animals are protected by law, and private hunting will inevitably violate the law, and hunting behavior must be approved by the relevant authorities.

Wild animals that have not been inspected and quarantined are very likely to be infected with diseases in the process of eating or selling, causing damage to themselves and other people.

The Paper noted that the Nanyang Forestry Bureau issued an article in July this year that the wild boar population in the city has grown too fast and the scope of activities has continued to expand, which has seriously affected the daily lives of local farmers. There has even been a sharp conflict between wild boars and people competing for living space. , The crops such as corn and sweet potatoes planted by farmers were eaten and trampled by wild boars, large tracts of farmland were destroyed, and farmers suffered serious losses.

The aforementioned article stated that since the beginning of this year, 37 towns and villages have been harmed by wild boars, with 20,509 acres of farmland affected, and economic losses of 22.85 million yuan.

Since 2016, major indicators such as the number of harmful incidents caused by wild boars, the area of ​​farmland damaged and economic losses have been increasing year by year, and the flooding of wild boars has become an important factor endangering agricultural production.

In order to effectively deal with the serious impact of wild boar proliferation on the production and life of the people, the Nanyang Forestry Bureau put forward suggestions in the aforementioned article: First, under the premise of ensuring the balance of wild boar population resources, target disaster-affected areas in a planned and step-by-step manner. Hunt for harmful wild boars.

The third is to increase publicity efforts to enhance farmers' awareness of their own protection and avoid incidents of wild boar injuries.